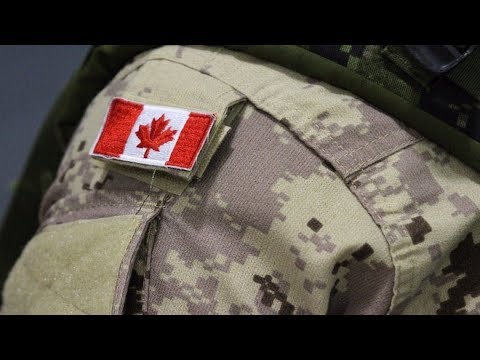 1,200 Canadian Forces members say they were victims of sexual assault: StatsCan 1,200 Canadian Forces members say they were victims of sexual assault: StatsCanNew release today suggest, despite efforts to deal with sexual misconduct in the military, very little progress has been made past year and another 300 reservists said they were victims to it’s. Just a slight improvement from a similar survey done two years earlier that enforces second-in-command says it shows to be done. You’Ve always known that this would be a long bumpy road in the survey results released today confirm this. Sexual misconduct continues to be a destructive problem within the Canadian Armed Forces and we have made rather Limited grass and eliminating it over the past two-and-a-half years. The number of members of our military who have been affected remains unacceptable. We are particularly troubled by the Persistence of sexual assault, which causes the most harm. vigils into our institution. The survey results suggest we have made some Headway in certain areas and that our efforts have had a positive positive effect on some workplace behaviors, but there is still much work to be done. Laura McClellan is on this story. These numbers are not just numbers, are stories and emotions attached to every one of them. What do they mean? These are shockingly high, not just us. This is a survey, it’s not official reports to the military, self-selecting voluntary survey of taking pot and and as we hear 1,200 people reporting that they were victims of sexual assault through to the end of last year. If we take a closer look at some of those numbers, one of those 1.6 % regular pulse name that sits his full-time members of the military saying they were victims of sexual assault – that’s 900 people right there and in the play reservist 2.2 % higher than they Were the men from 2016, but they are higher than in the general population outside the military. Soap wants to say, after a few years of more intense work on this issue and something that’s quite stock. It stood out to me sahana in both pulses, and they didn’t report this to a supervisor with someone they didn’t want it to come, see people’s attention because they feared negative consequences, and that is a really big. Take away from that survey and information is power. It allows people to decide how proactive, how proactive will it be what’s his response, so we had some of that response just off the top and they say they’re pretty shocked. They knew it was going to be a long and bumpy roads. I’Ve been working on this for two and a half years now, but they say that these numbers, even with a full and back from B16, when we saw the last survey, there’s not really anything to celebrate Sober by Chief of Defence staff, lieutenant-general pool when it’s speaking Just before thing he’s actually shocked and disappointed by these numbers that have come out today since has a lot more. That’S what he said about that. Alter change can only happen incrementally over time, and it requires constant effort and commitment. We are encouraged by the survey results showing that a considerable percentage of Our member leave. The Canadian Armed Forces is working hard to create a workplace that is free of sexual misconduct, will taking concrete steps to better support those affected by such misconduct of the problems he laid out today at that press conference. One is military, is expanding a workshop on respect in the Canadian Armed Forces. The other is more of an emphasis on this into that military members will be in contact with do reported sexual assaults and he says more coming down there to track them from that moment. Where there is supposed to write through to it being a military coup is resolved. What should I could be? Disciplinary action could be something else into the resolution for military members go to can see from this. The numbers may have dropped, but it’s pretty marginal over a couple of years, so it just shows a lot of cultural changes here to be nice all right. Thank you. Laura A Statistics Canada survey of Canadian Forces members found 1.6 per cent of them reported being victims of sexual assault. The vice-chief of defence staff, Lt.-Gen. Paul Wynnyk said he was disappointed that only “limited progress” has been made on the issue of sex assault in the military.