13 dead after gunmen open fire at family party in Mexico 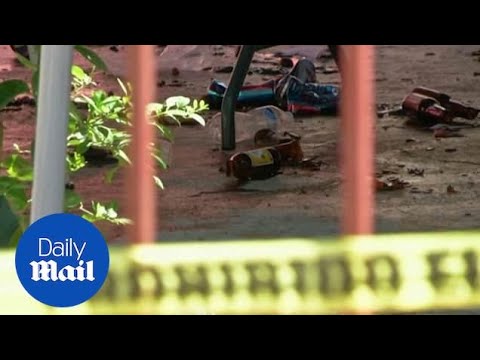 13 dead after gunmen open fire at family party in Mexico 13 dead after gunmen open fire at family party in MexicoundefinedPolice in eastern Mexico say gunmen broke into a family reunion party and opened fire, killing 13 people and wounding at least four others. The Veracruz state Public Security Department says seven men, five women and a one-year-old child were killed in the Friday night attack at an events hall (pictured inset) in the oil city of Minatitlan. There were believed to have been about six attackers and a department statement said they asked for a man called ‘El Beky,’ who apparently owns a bar in the city. Survivors (pictured left and right) described how gunmen made victims look them in the face before shooting them.