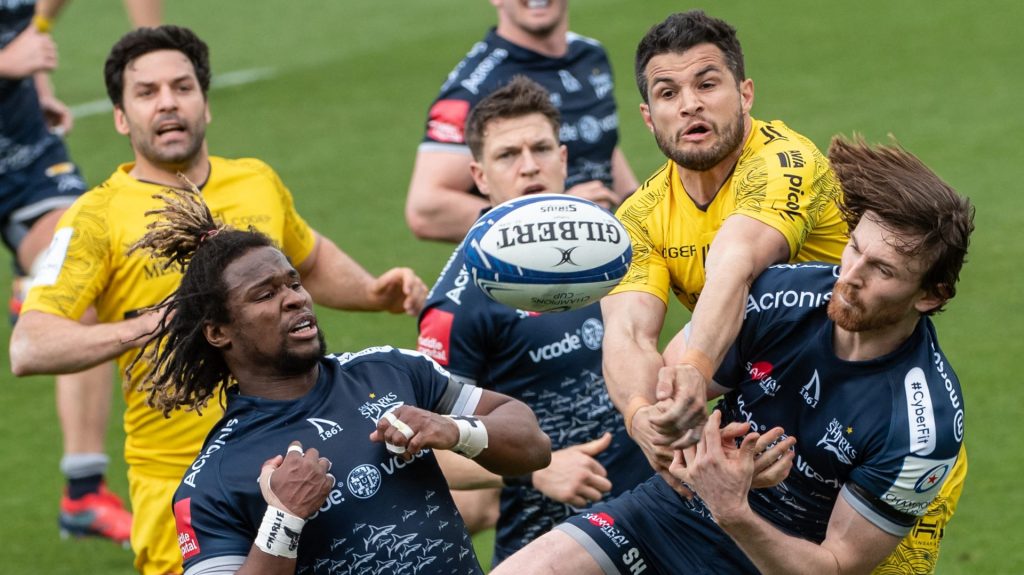 Quarantine rules in France have left UK teams travelling there this weekend threatening a boycott due to fears their players could be left stranded following Champions and Challenge Cup matches versus Top 14 opposition. Premiership trio Sale, Bath and Newcastle are scheduled to respectively play at Clermont, La Rochelle and Biarritz while Scarlets, who endured a nightmare November trip to South Africa in the URC, are supposed to travel to Bordeaux.

However, while tournament organisers EPCR confirmed last Friday that rounds three and four would proceed as planned as there has been a loosening of the French Government regulations that led to the eleventh-hour postponement of seven matches on the eve of last month’s round two weekend schedule, there are fears that the health rules haven’t been relaxed enough.

Teams travelling to France this weekend are supposed to observe a 48-hour period of quarantine upon their arrival while there is also disquiet that anyone who tests positive for the virus could find themselves stranded for ten days. These fears have reportedly led to emergency talks.

For instance, Newcastle were due to travel on Wednesday to Biarritz for their Challenge Cup tie but they have only organised a flight to France for Friday morning, ignoring the 48-hour rule. The latest take from Newcastle boss Dean Richards following their weekend Premiership loss to Northampton was: “It’s not as simple as EPCR just coming out and saying the games are going ahead. There is still a 48-hour isolation period for people entering France and there has been no clarity on what that means.

“If anyone tests positive there will be a ten-day isolation period and you would have to assume that will be for virtually the whole squad if they have been on a plane and a bus together. To be honest I’m not sure if we can go.”

Meanwhile, Sale boss Alex Sanderson told this week’s edition of BBC podcast Rugby Union Weekly: “The last hoop to jump through is this need to go and test over there 48 hours before the game. If you test positive on a PCR – and bear in mind that, if you have had Covid you can test positive for up to 90 days after – you are trapped in France.

“In today’s environment, there is going to be three or four players from each club who, if they are tested right now, test positive on a PCR because they have had it in the last 90 days. It’s rife. As such, we would be leaving these lads in France for weeks. If it was summertime and you were around Bordeaux or Biarritz, that wouldn’t be a bad thing. But if you’re in a mid-century concrete hotel eating baguettes for ten days, then it is going to be a pretty lonely place.

“It’s for the protection of the players, to be able to play the next week and in the Premiership the week after that, that we hopefully get some influence that we don’t have to jump through any more hoops. A week ago we couldn’t get our Schengen visas through, so they have moved heaven and earth to try and get this competition on to travel for ‘economic reasons’,” continued Sanderson about Sale’s Champions Cup assignment at Clermont.

“All that is brilliant, it means we can take a squad. It’s just whether we can come back home with a squad because so many have tested positive, which is why we missed the Newcastle game. So all of those lads would potentially have to stay out there.”

The latest statement from EPCR on the developing Champions and Challenge Cup situation read: “EPCR is continuing to work with the Ligue Nationale de Rugby, as well as with the other leagues and unions, to seek improvements to the conditions which currently apply to UK clubs when they travel to France, and to French clubs returning from the UK. If the 48-hour isolation period happens to be maintained for matches in round three, clubs will be permitted to train during this time provided relevant Covid-19 protocols are observed.”