The NBA’s second round has had everything — what’s next in four big Game 5s?

How Ahmad Gardner, other rookies can impact Jets from Day 1 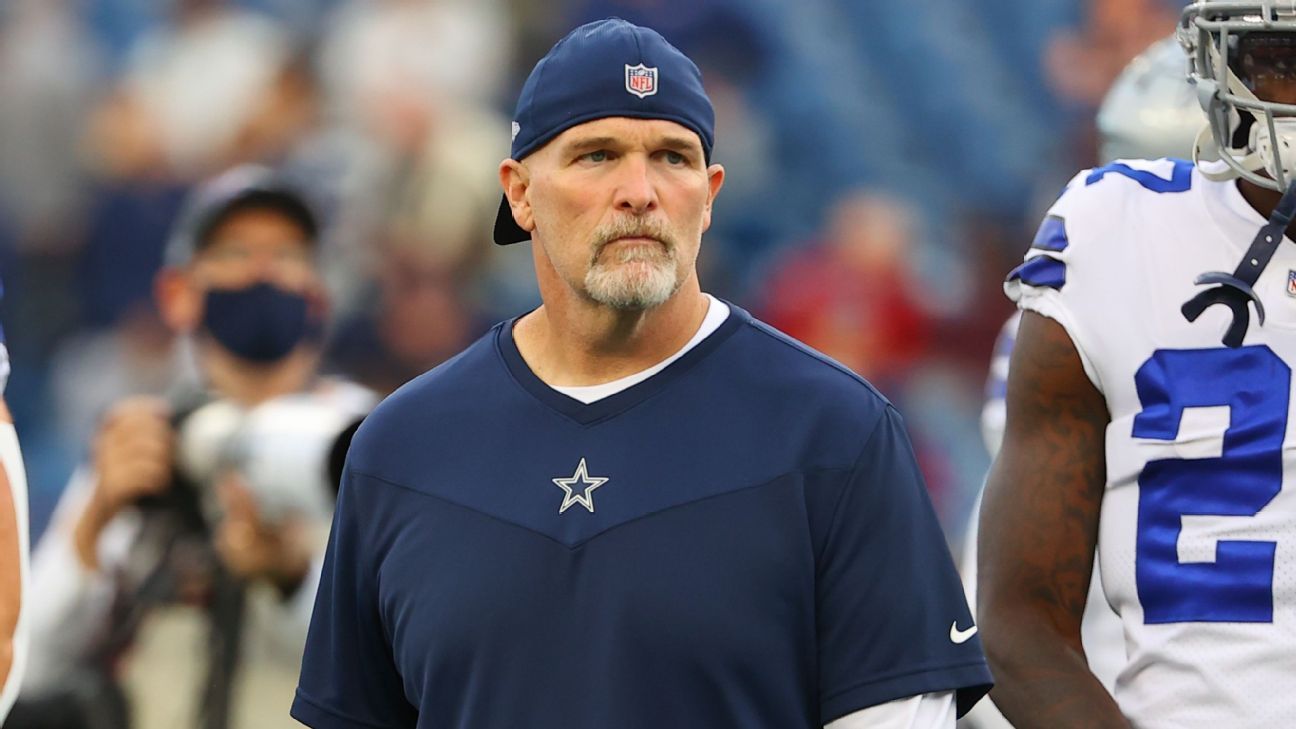 The coaching carousel keeps spinning, but Dallas Cowboys defensive coordinator Dan Quinn is jumping off — sources telling ESPN’s Adam Schefter and Dianna Russini that he is staying in Dallas.

Quinn had interviewed for the head coaching vacancies of the Bears, Broncos, Vikings and Giants.

He became a serious candidate after turning around the Cowboys defense in his first year in Dallas. The Cowboys allowed a franchise-record 473 points in 2020 but improved to seventh in the league in points per game (21.1) and led the NFL in takeaways (34) this season.

Quinn’s use of linebacker Micah Parsons helped the rookie become an All-Pro.

Before heading to Dallas, Quinn was the head coach of the Falcons from 2015-20. He led the team to the Super Bowl in 2016, but Atlanta blew a 28-3 third-quarter lead and lost to the Patriots.