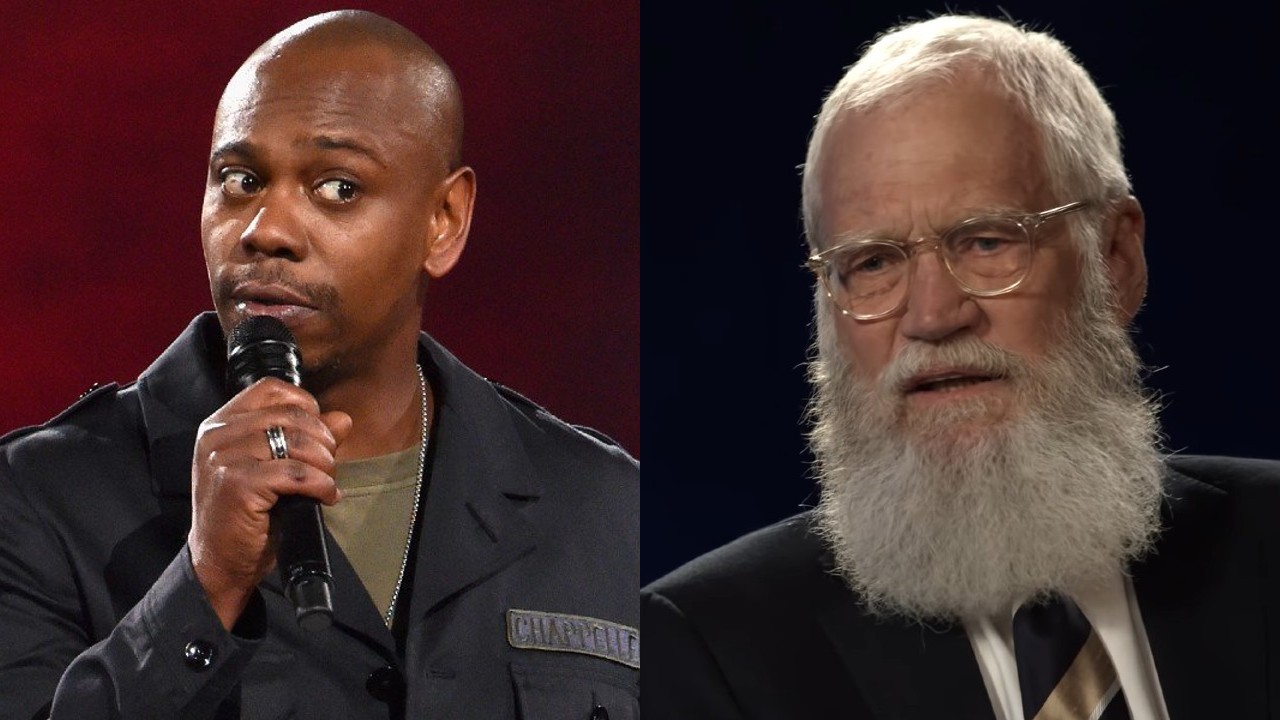 Dave Chappelle experienced a pretty scary experience this past week, as the veteran comedian was attacked on stage while doing a comedy show at the Hollywood Bowl. At this point, the entertainer seems to be doing fine and even addressed the events during a subsequent show. Others are also chiming in on the matter, including TV staple David Letterman. The former talk show host did so by cracking a joke about it while opening his own show, and there’s even video, courtesy of Netflix.

David Letterman, who helped birth NBC’s Late Night over 40 years ago, appeared at Netflix Is A Joke: The Festival. The 75-year-old television veteran opened up his set by thanking the audience for attending the event. Then, possibly to the surprise of some, Letterman leaped about the stage in an excited manner, before saying that he thought he saw a man rushing towards the stage. The reference to Dave Chappelle’s situation earned some big laughs. Though he got even more applause after humorously making an offer to attendees:

The host of My Next Guest Needs No Introduction (streamable with a Netflix subscription) followed up those sentiments by jokingly asking who in the audience was eager to come to blows with him. Just how many people raised their hands is unclear, but you never know, there may have been some who were bold enough to go one on one with the iconic talk show host. You can check out the bit in its entirety in the YouTube video down below:

While folks like David Letterman can joke about it now, the Dave Chappelle incident did seem to take a number of people by surprise. The star was reportedly attacked at 10:40 p.m., according to the LAPD (via THR). Shortly after lunging at Chappelle, several uniformed security guards removed the man, identified as 23-year-old Isaiah Lee, from the performer. Lee was subsequently arrested on suspicion of assault with a deadly weapon.

Kevin Hart has also commented on what happened at the Hollywood Bowl, and he believes the situation was “not scary.” If anything, he thinks the suspect getting his “ass whooped” sends a message to anyone else who would try to attack a comic while they’re on stage. Conversations about the relationship between comedians and audiences have arguably picked up since Will Smith slapped Chris Rock at the Oscars, after the latter made a joke about Smith’s wife at the ceremony. Ironically, Rock was present the night Dave Chappelle was attacked and cracked a joke right after.

It remains to be seen as to whether these on-stage incidents will become commonplace. What does seem clear, however, is that comics will likely respond to them with the one tool they use on a daily basis: humor.

Be sure to tune to Netflix if you’re aiming to see David Letterman’s My Next Guest Needs No Introduction or comedy specials from Dave Chappelle (who has dominated the streamer with his content over the years). And keep in the know with content on the service by checking out the 2022 Netflix TV schedule.