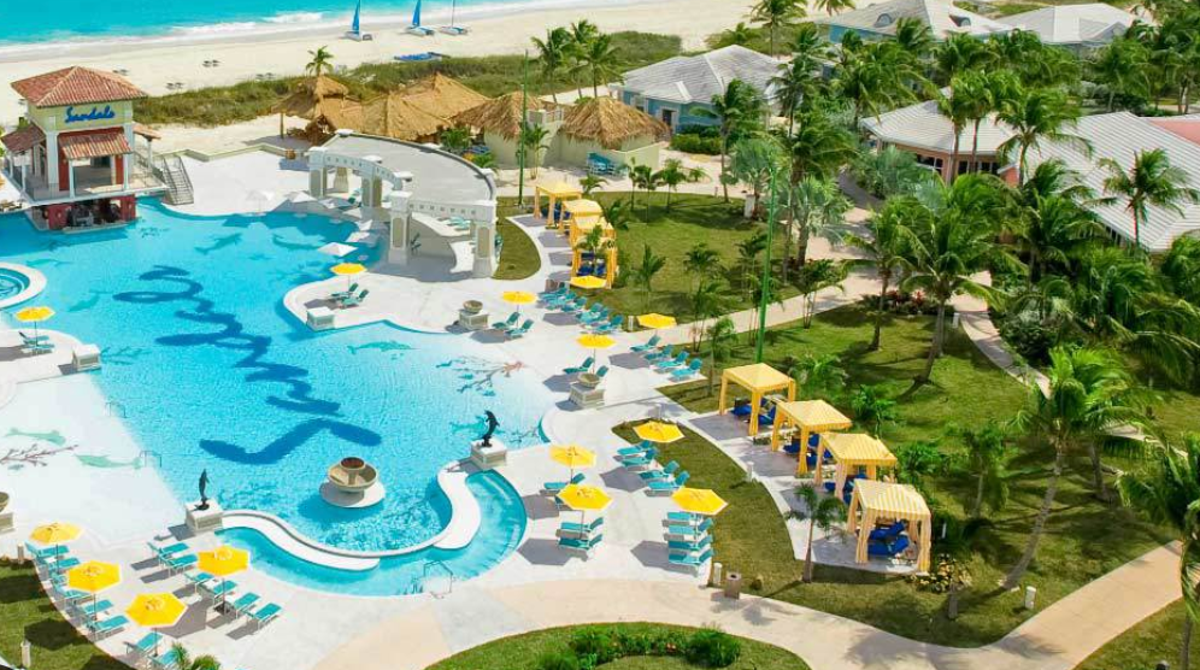 The identification of the husband and wife came one day after the son of other victims at the same resort revealed that his father, Vincent Chiarella, had been found dead and his mother, Donnis Chiarella, had been airlifted to a hospital in Florida.

She remained in serious condition on Monday, according to Paul Rolle, Bahamas Commissioner of Police, briefing media at a press conference.

All four had been staying at the Sandals Emerald Bay resort on Grand Exuma and the grim discovery was made on Friday morning.

That’s when Mrs Chiarella, who’d been celebrating her wedding anniversary with husband Vincent, raised the alarm.

The couple had been living in Panama City, Florida after moving from Alabama.

“I am just so heartbroken right now,” Mr Chiarella said. “My dad was everything to me.”

His parents, both in their mid-60s, had been staying at the luxurious adults-only resort in a villa adjoining that of Robbie, 65, and Vincent, 68, Phillips.

Both couples had reported feeling unwell on Thursday night but returned to their rooms after being seen by medics, Mr Rolle said Monday.

A statement last week from the Royal Bahamas Police Force (RBPF) said there were no signs of trauama in the Chiarellas’ villa but the couple from Tennessee showed “signs of convulsion”.

Detectives from New Providence – the country’s most populous island and site of the capital, Nassau – were in Exuma investigating the deaths, the statement said.

“Our initial investigations revealed that the couple found in the second villa complained of illness the previous evening,” the RBPF said, describing the victims set to be named Monday. “They attended the local medical facility and on completion of receiving treatment, they returned to their lodging.”

Authorities were continuing to investigate while awaiting the results of the autopsies on all three victims, police said, and representatives from the Department of Environmental Health remained on site at the resort Monday.

The cause of the illness and deaths remains a mystery, but another guest at the same Sandals property posted on Facebook that the situation “sounds like it may have been a fault with the a/c.

“It was hard to sleep last night – every time the a/c came on, I woke up,” Chris Coucheron-Aamot wrote, according to the New York Post.

Air conditioners utilise toxic coolants – often Freon – which are odorless but can be deadly if inhaled for prolonged periods of time.

On Monday, however, RBPF said investigators were looking at “whether it was some food or something else that caused” the deaths.

In a statement, Sandals Resorts has said it is cooperating with the investigation.

Robbie Phillips, who owned travel company Royal Travel with her husband, was a “Certified Sandals Specialist, a Preferred Sandals agent, a Certified Sandals WeddingMoons Specialists, and a member of the elite Sandals Chairman’s Royal Club,” the agency’s website states.

As part of Royal Travel, she started The Sand Lady, which “started as a mother-daughter-team [but] has now expanded to include four adopted sisters!” the site states.

“We have personally visited each of the resorts we sell, and each year we attend multiple training sessions offered by Sandals. This way we stay familiar with all of the new features and specials that each resort offers. To ensure we are able to handle every need or request of our clients, we maintain a personal relationship with resort managers, wedding coordinators, and other staff at each Sandals and Beaches resort.”

In her final post last week from Sandals Emerald Bay, Robbie shared sweeping photos of turquoise waters and white sand beaches, writing: “If you want the most beautiful long private beach with clear blue water and you like to hear the waves lapping, see sand dunes and hear the sea gulls talking – this is it! RELAXING.”