2024 Ford Mustang prototypes are starting to become a familiar sight around Michigan, but a new report is suggesting an official unveiling is nearly a year away.

According to Car & Driver, the redesigned pony car will debut in April of 2023, possibly on the 17th, in a nod to the day the original Mustang was introduced at the 1964 New York World’s Fair. If Ford sticks to that date, the model would bow just after the 2023 New York Auto Show, which is slated to run from April 7th through the 16th. 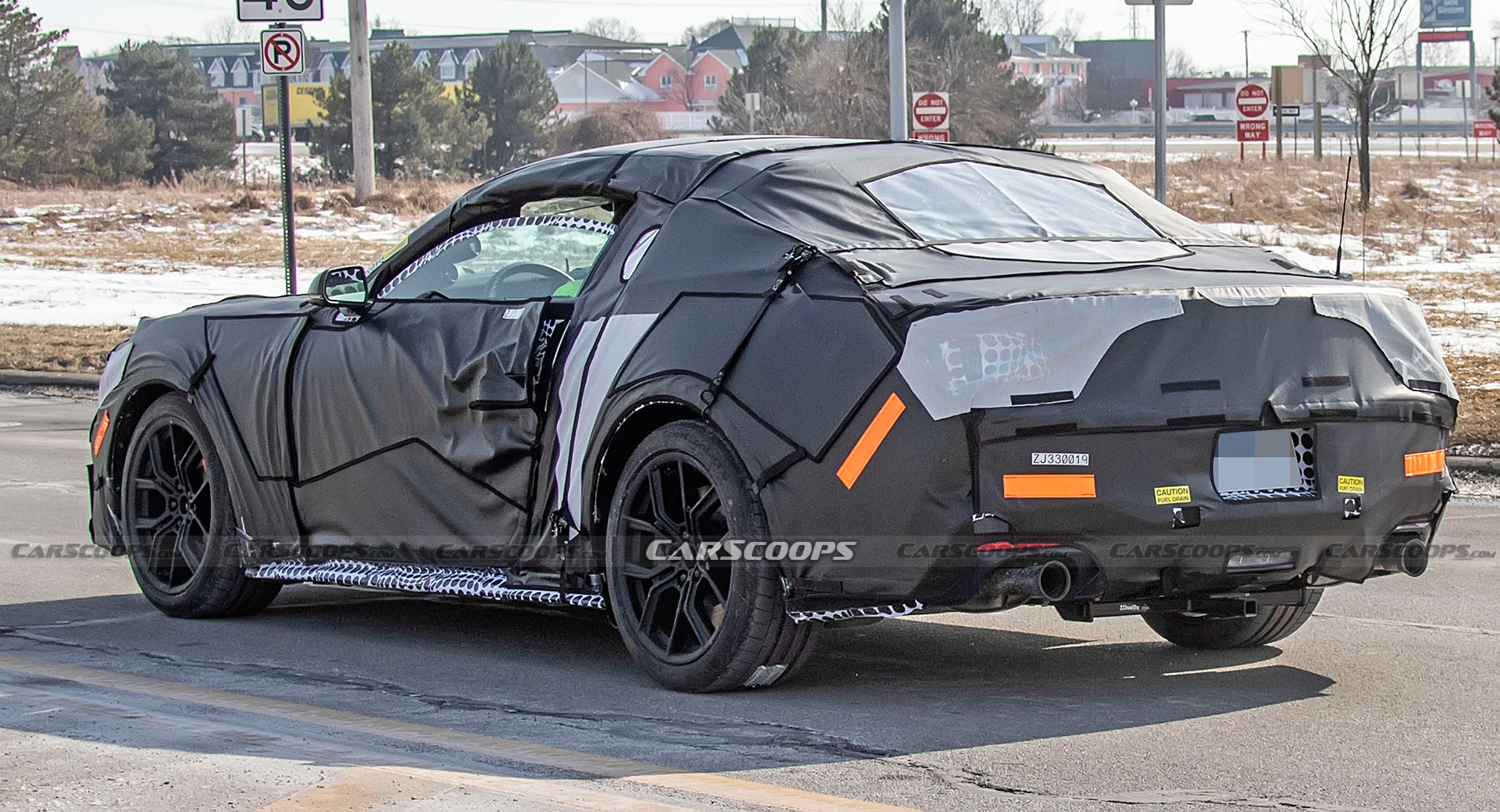 Besides suggesting a date for the unveiling, the report says the turbocharged 2.3-liter EcoBoost four-cylinder engine will receive a modest performance boost to deliver around 320 hp (239 kW / 324 PS). That would be a slight increase over the current Mustang EcoBoost, which is rated at 310 hp (231 kW / 314 PS), although the output climbs to 330 hp (246 kW / 335 PS) with the optional 2.3-Liter High Performance Package.

The 5.0-liter V8 is also expected to return and Ford has already confirmed plans for a hybrid variant that will be “all about delivering V8-like performance with more low-end torque.”

While plenty of questions remain about specifications, numerous leaks and spy photos have already revealed quite a bit about the design. The exterior is slated to be edgier and evolutionary, while the cabin will be getting a high-tech makeover. In particular, drivers will find a digital instrument cluster that flows into an all-new infotainment system. They’ll be joined by a modern dashboard, updated switchgear and higher quality materials.