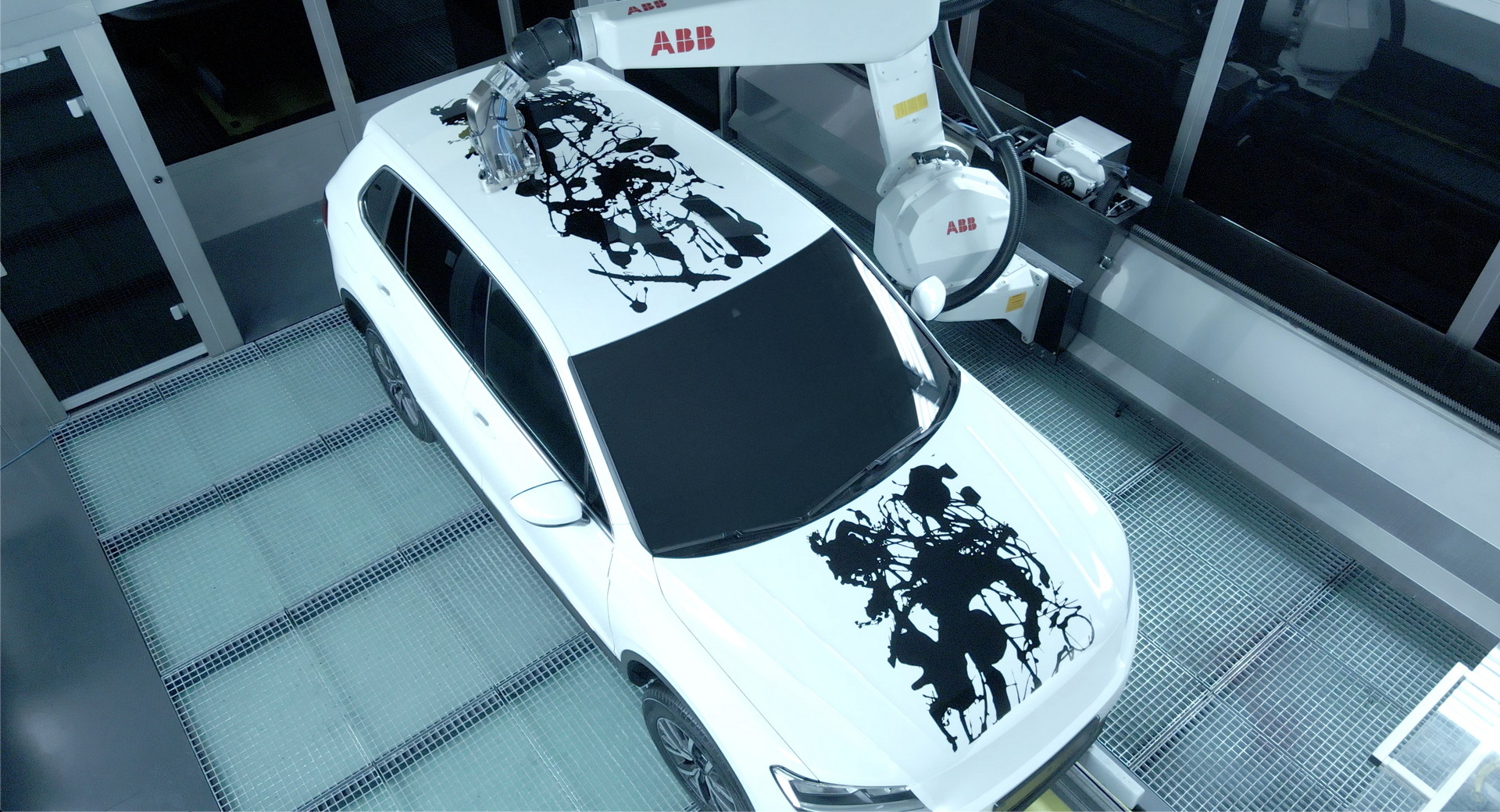 To say that ABB Robotics’ PixelPaint technology works like an inkjet printer for a car is one way of describing the new technology, but it doesn’t quite do it justice. To show off just how wild the technology is, the company has used its paint robots to create the world’s first fully machine-painted art cars.

The company teamed up with artists to create two designs that its robotic vehicle painter would recreate on the surface of a vehicle. The first was created by the Dubai-based digital design collective Illusorr, and the second by Advait Kolarkar, an eight-year-old Indian abstract painter.

Kolarkar embraced his style to create an abstract art piece, which he says reminded him of zebra pegasuses playing happily in a dream world, so he called it Zebra Dreamland. Illusorr’s piece, meanwhile, was inspired by the movement of air over the surface of a vehicle. Featuring crisp lines, unlike Koralkar’s expressive paint splotches, the Illusorr piece has more colors.

Despite the complex nature of both pieces, ABB’s system was able to recreate them, with no human intervention, in less than 30 minutes each. That’s thanks to the 1,000 nozzles in the printer head that can apply paint so close to the surface of the vehicle that there is no overspray. That prevents airborne misting, which helps automakers save up to 60 percent on time and costs.

The same quality that allows PixelPaint technology to paint with such precision allows it to paint in a more sustainable manner. Thanks to the lack of overspray, there’s no need for masking materials and extra ventilation, which saves on both materials and energy costs as well as time.

BMW, which introduced a similar technology to its paint shop late last year, said at the time its precision painting technology would allow it to save as much as 6,000-megawatt-hours of power per year and reduce the paint shop’s carbon footprint by nearly 2,000 tonnes.

“ABB’s PixelPaint technology is more than an evolution – it is a revolution,” said Sami Atiya, the president of ABB’s Robotics and Discrete Automation division. “It’s a shining example of how robotic automation and our RobotStudio software can not only pave the way for more sustainable manufacturing but can also perfectly replicate delicate pieces of art that celebrate the originality and beauty of the human spirit.”