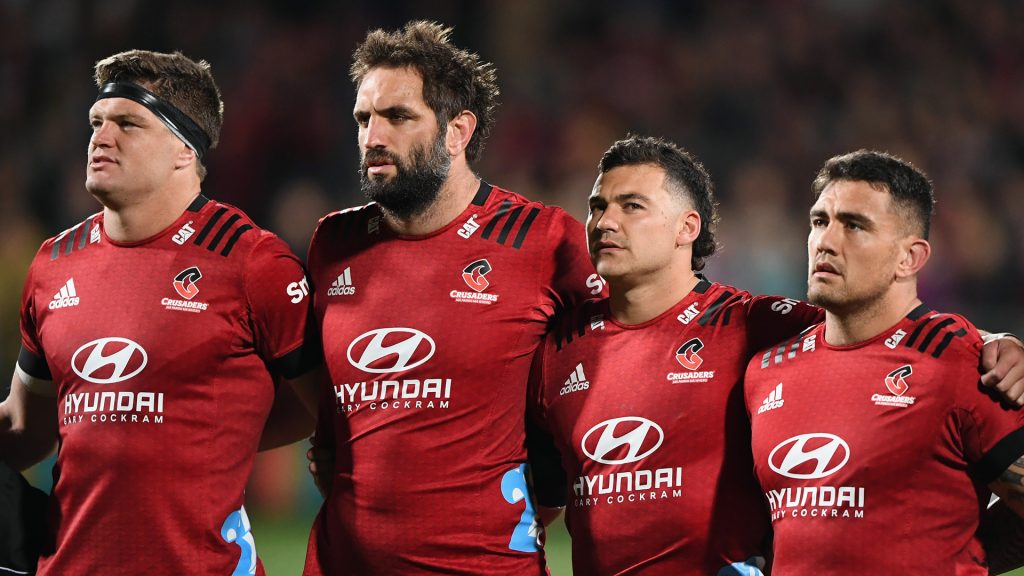 The Crusaders will roll out their strongest line-up of the season when they take on the Brumbies in Canberra on Friday evening.

Coach Scott Robertson has made five personnel changes to the line-up that dismantled the Western Force in Perth last weekend, bringing a cluster of key All Blacks into the starting XV for the mammoth trans-Tasman clash.

The returns of captain Scott Barrett and vice-captain Codie Taylor headline the changes, with George Bower, Jack Goodhue and Sevu Reece also all earning spots in the run-on side.

Loosehead Bower and hooker Taylor will be joined by youngster Fletcher Newell in the front row while Barrett will partner Sam Whitelock in the locks for the first time this season since the Round 2 match-up with the Highlanders.

Although this week’s loose forward composition is entirely different to the one that ran out against the Western Force, all three players featured in last week’s victory. Cullen Grace switches from the second row to number 8 while Ethan Blackadder shifts from the blindside flank to the openside and Pablo Matera takes over Blackadder’s vacated No 6 jersey after packing down at the back of the scrum last weekend.

Bryn Hall and Richie Mo’unga will again partner up in the halves while Jack Goodhue will slot into the No 13 jersey outside David Havili in place of fellow All Blacks Braydon Ennor, who drops to the bench.

George Bridge will swap from the right wing to the left for the match in Canberra, with Reece taking his spot at No 14. Will Jordan rounds out the backline.

Ricky Jackson, Finlay Brewis, Tamaiti Williams, Liam Hallam-Eames and Tom Christie will cover the forwards from the reserves while Te Toiroa Tahuriorangi, Ennor and Leicester Fainga’anuku have been named as the reserve backs.

The Brumbies and Crusaders currently sit second and third on the standings table with three rounds left in the DHL Super Rugby Pacific regular season, and both sides are looking to secure home play-off fixtures in the coming weeks.