Rafael Nadal after his first Wimbledon loss: ‘I have to work on my serve’

‘Roger Federer had to become GOAT. I knew that,’ ATP ace recalls

The E.U. will no longer recommend that masks be required for air travel.

The decision came as countries across the bloc were loosening restrictions in response to the current rates of vaccination and naturally acquired immunity. 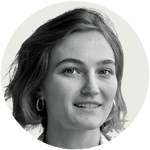 The European Union will no longer recommend that member states require face masks on planes and in airports, two E.U. agencies announced on Wednesday, ending a guideline that had been in place for nearly two years as countries across the bloc lift Covid restrictions.

“For passengers and aircrews, this is a big step forward in the normalization of air travel,” Patrick Ky, the executive director of the E.U. Aviation Safety Agency, said in a joint statement with the European Center for Disease Prevention and Control.

The statement said the decision was the result of the current levels of vaccination and naturally acquired immunity across the bloc, which have also prompted the lifting of restrictions in a growing number of European countries.

The revised recommendations will come into effect on Monday, but rules on mask wearing might still vary depending on the airlines, the statement said, adding that carriers should require masks on flights to and from destinations where masks remain mandatory on public transport. Italy, and Germany still do so; France announced it would lift the requirement starting on Monday.

In other cases, the new E.U. guidelines said airlines should still encourage passengers to wear masks but “respect others’ decision to wear or to not wear a mask.”

Mr. Ky also said that passengers coughing and sneezing “should strongly consider wearing a face mask, for the reassurance of those seated nearby” and that vulnerable passengers should continue to wear masks.

The announcement relaxes guidance that the E.U. agencies issued in May 2020, recommending that masks be required in airports and on aircraft in order to allow air travel to continue during the pandemic.

Janet Northcote, a spokeswoman for the aviation safety agency, said in an email that the agencies do not have the remit to mandate masks or other measures, only to make recommendations. Over the past two years, she added, some member states have left it to aircrafts and airports to decide, with implementation uneven as a result.

The Dutch airline KLM shifted on March 23 from requiring masks on flights to the Netherlands to “strongly recommending” them, Ilse Heemskerk, a spokeswoman, said in an email. After a federal judge in Florida struck down the mask requirement on airplanes last month, several European airlines made masks optional for passengers on flights to the United States.

London’s Heathrow Airport also dropped mask mandates in its terminals, while British Airways and Virgin Atlantic airlines also made masks optional, unless the destination required them.