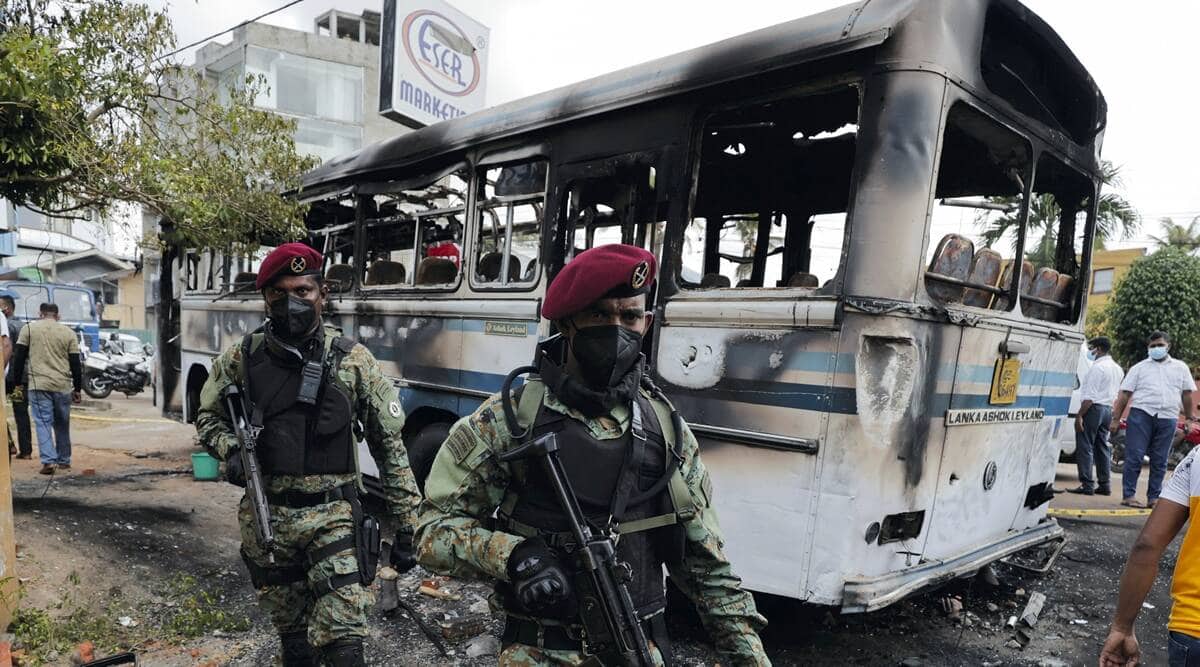 The island nation of Sri Lanka is in deep waters. The country off India’s southern tip is battling multi-year high inflation, shortage of food and essentials, depleting foreign exchange reserves and a political conundrum. In the latest sign of trouble, the country’s Prime Minister Mahinda Rajapaksa has tendered his resignation while the President Gotabaya Rajapaksa, who is also younger brother of the prime minister, has imposed emergency in the country. Protestors are demanding the President to step-down as well.

Why are people in Sri Lanka upset?

People in Sri Lanka have been queuing up outside fuel pumps and grocery stores to buy essentials, which are in scarcity in the country. Blackouts round the clock and deadly fights over essentials have become a norm lately. Earlier this week, ruling party’s supporters attacked an anti-government protest camp in the commercial capital Colombo, according to a Reuters report, which triggered clashes. Eight people were killed while more than 200 were injured.

Sri Lankan citizens have also been protesting and asking the current President to step down. Running chant among protestors is for the president Gotabaya Rajaspaksha to go – “Gota(baya) go home.”Protests which started over rising prices and shortages flared up in early April but now they have grown in size and spread across the country.

Why is the government in Sri Lanka in trouble?

People in Sri Lanka are protesting against the Rajapaksha regime including the people who supported him in the last elections. The incumbent PM Rajapaksa was re-elected to head the government in August, 2020. His political party, the People’s Freedom Alliance, won elections with a majority. Now the Prime Minister has stepped down and wants to reform a unity government. However his allies as well as the opposition have refused to reform the government and instead they want fresh elections. To curb this growing protest of the people and leaders, the President imposed an emergency in the country, second time in less than two months.

Before resigning, the incumbent Finance Minister Ali Sabry told parliament in early May, ahead of the dissolution of the Cabinet, that it may take two years for the country to emerge from the crisis, according to media reports. This leaves people of Sri Lanka in a prolonged uncertainty.

Talks with the IMF were initially held off by the Rajapaksha government, but now in the absence of a government in the country, there is no clear representative who can engage in negotiations with the IMF ((International Monetary Fund). The IMF has on its part said that loan talks will continue amid government transition, according to a Reuters report.

What is the overall picture of Sri Lanka’s economy?

The $81 billion economy is facing the worst economic crisis in its history. Its foreign exchange reserves have depleted to about $2 billion while at the same time it has debt obligations of about $7 billion to be paid back this year. But what led to the trouble was not just one cause. Civil war in the country, followed by Easter bombings before the pandemic, then the decline in tourism post the pandemic and now the Russia-Ukraine crisis. All these factors have put the country’s economy towards bankruptcy. Rating agencies such as Moody’s and Fitch have downgraded the rating of the sovereign nation to lowest levels pointing out that the company may not be able to repay its debt.

The country has sought help from neighbours including India. The Indian government has so far this year helped Sri Lanka with billions of dollars to fulfill its essential needs. So has the neighbor China, has helped support the country by restructuring some of its debt. Though this is not enough and hence the government is seeking help from the IMF.