DP World Tour on LIV Golf players: “I wish many of them had been as keen..”

Novak Djokovic: ‘Nick Kyrgios is one of those who pointed out that…’ 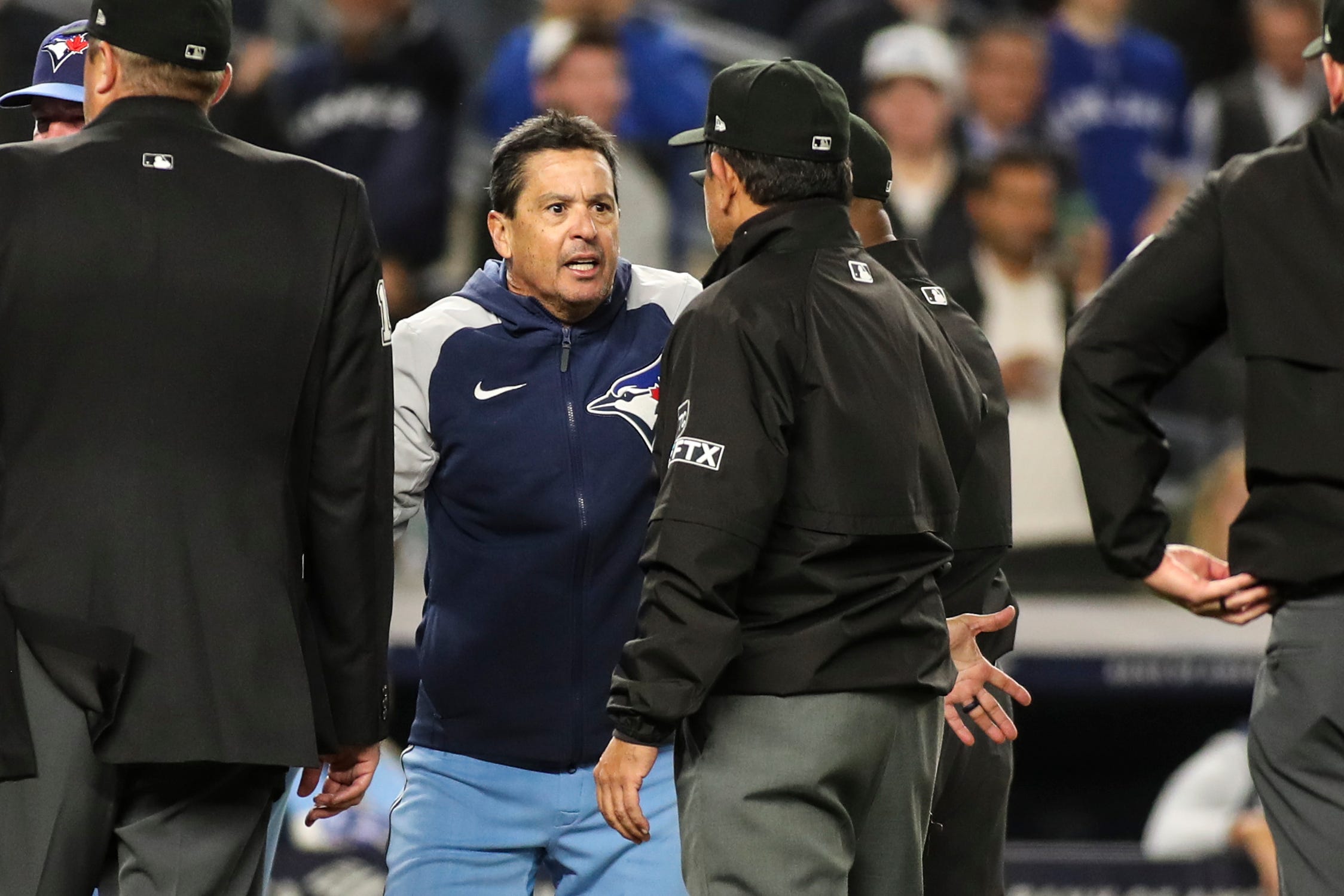 For the first five innings, things were going swimmingly for the Toronto Blue Jays in the opener of their two-game series in the Bronx.

Starting pitcher Yusei Kikuchi had held the New York Yankees without a hit and the Jays had built a 3-0 lead.

Then came the sixth.

DJ LeMahieu broke up Kikuchi’s no-hitter with a leadoff double and Aaron Judge followed with a single. Reliever Yimi Garcia came in and served up a game-tying home run down the right field line to Giancarlo Stanton on a ball that would have been a homer in only one other major league park.

Garcia hit the next batter, Josh Donaldson, with a fastball that may or may not have been intentional — riling up the Yankees dugout and (after a brief umpire conference) got Garcia ejected from the game.

No warnings had been issued before Garcia was thrown out by crew chief and first base umpire Alfonso Marquez.

The ejection brought Toronto manager Charlie Montoyo out of the dugout to plead his case. Garcia had to be restrained by his teammates before he finally left the game. And several Blue Jays coaches also ran out onto the field, with pitching coach Pete Walker tossed from the game as well.

Montoyo remained in the game, but was ejected one inning later for arguing when a pitch from Yankees reliever Jonathan Loaisiga brushed back Jays shortstop Bo Bichette.

“In my heart of hearts, I don’t think that it was (intentional),’’ Donaldson said of being drilled. But, he added, “it wasn’t a good look.’’

Toronto took a 5-3 lead in the eighth inning, but Aaron Judge hit a three-run homer off Jays closer Jason Romano in the bottom of the ninth to give the Yankees a 6-5 walk-off win.

The walk-off homer was the first of Judge’s career.