Chairman of the Digital Euro Association: ‘The primary aim of the digital euro is still not clear’ 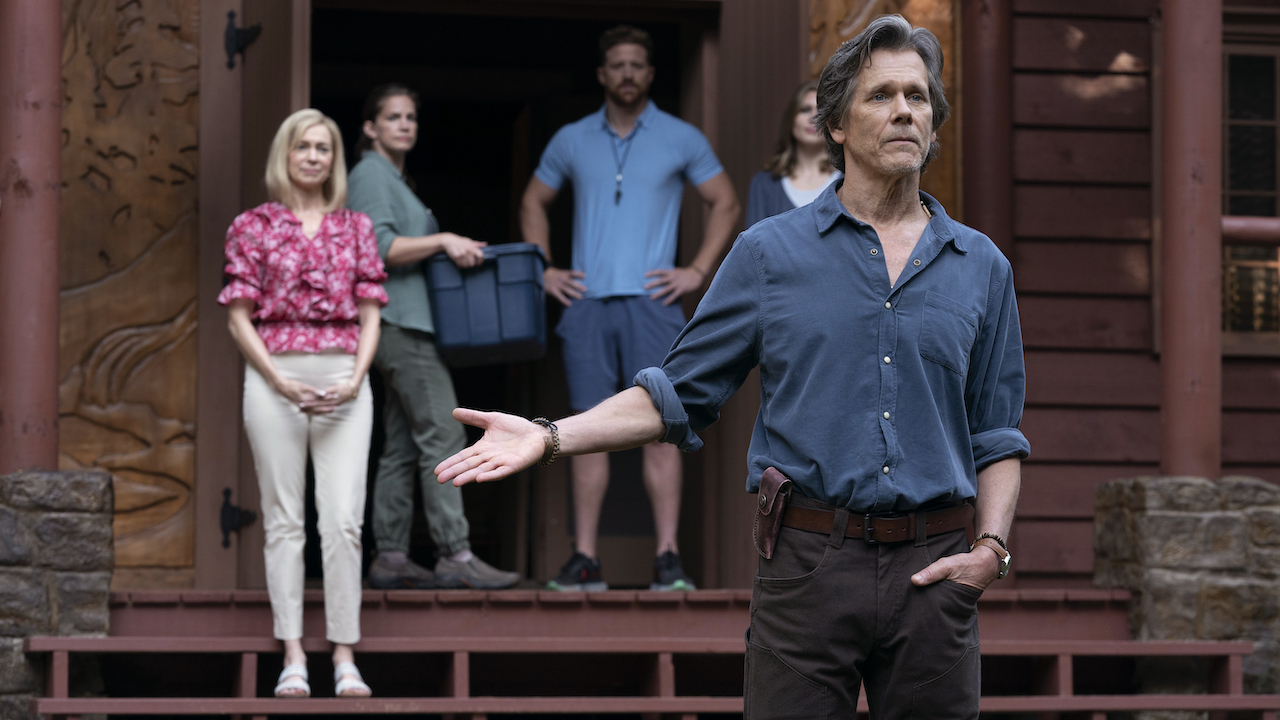 Firestarter’s release this weekend may mark another horror remake for Blumhouse, but please hold for this jump scare: the studio has just announced an original slasher hitting Peacock this summer. The upcoming horror movie is called They/Them and features Kevin Bacon as an LGBTQ+ conversion camp director and a mysterious killer.

John Logan, the Oscar-nominated writer behind hit movies like Skyfall, The Aviator and Gladiator is the filmmaker behind They/Them, with the film serving as his first time directing a movie. In a Peacock press release, Logan introduced the horror film with these words:

The movie was formerly known as “Whistler Camp,” referring to the name of the conversion camp in They/Them. It is being described as a “queer empowerment story” and the horror movie feature a number of LGBTQ+ characters. Check out some of the cast below:

Kevin Bacon will play a character named Owen Whistler, who will be the director alongside a number of counselors, including his wife Cora (played by Carrie Preston). Veep‘s Anna Chlumsky plays the camp’s newest employee and a new medic at Whistler Camp. The young They/Them cast will consist of seven characters, all of which find themselves at a conversion camp for different reasons.

The Politician actor Theo Germaine plays Jordan, a transgender and non-binary camper from a religious background who made a deal with their parents to legally emancipate if conversion therapy doesn’t “work.” Austin Crute of Booksmart plays Toby, a gay man who negiotated for a trip to New York to attend for one week and Monique Kim’s Veronica is a bisexual camper who wants to stop fighting who she is.

Also among the cast is Dear White People actor Quei Tann, who plays Alexandra, a transgender woman whose parents are threatening to kick her out if she doesn’t go. Anna Lore as Kim, a closeted lesbian who hopes that if she finally fits in she’ll be loved by her friends and family. Cooper Koch as Stu, a jock with aspirations to get a swim scholarship and join his father’s fraternity rather than being open about his sexuality. And lastly, Darwin del Fabro’s Gabriel, who a gay man who has been bullied his entire life.

They/Them will be available to stream with a Peacock subscription on August 5. While we wait, check out Blumhouse’s latest movie, Firestarter starring Zac Efron and Ryan Kiera Armstrong, hitting theaters this Friday, May 13.

A New Jurassic World: Dominion Website Features Videos Of Dino Chaos In The Wild, And A Deep Cut Easter Egg