Psaki says she regrets comment about sending Covid tests to every American: ‘I had just hit my limit’ 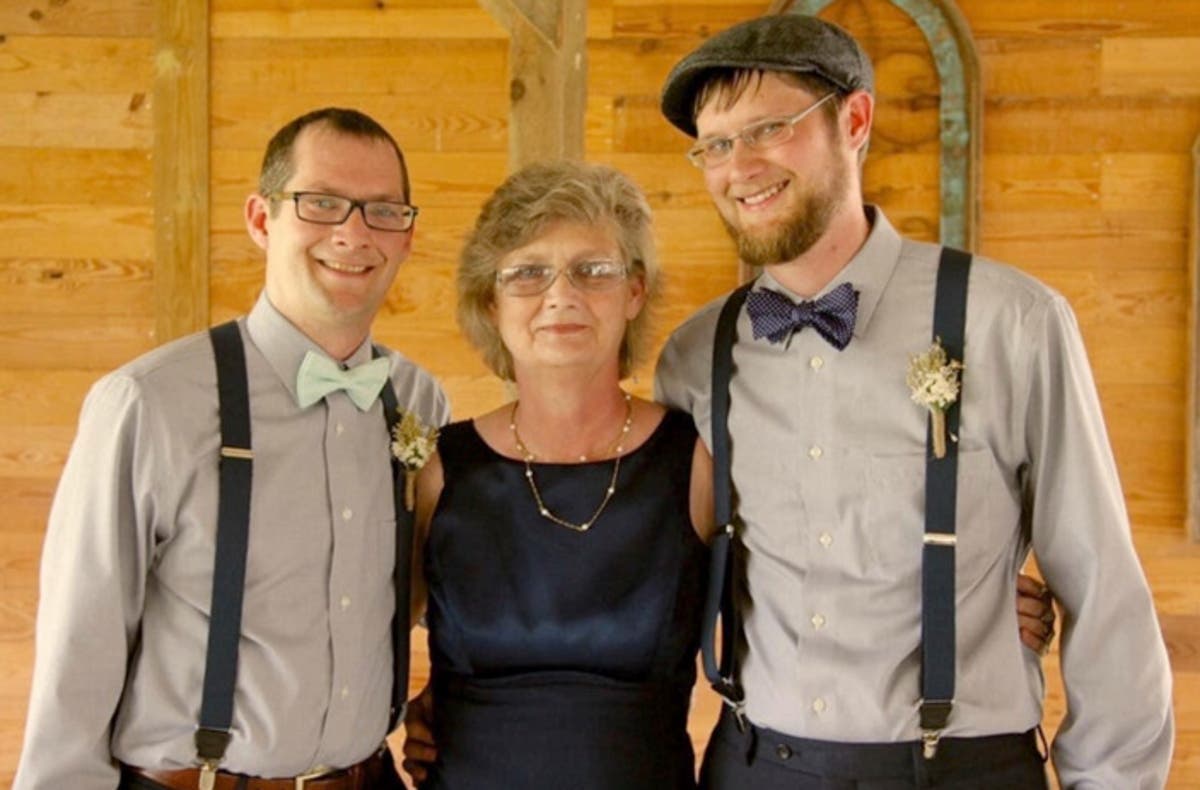 Capital murder suspect Casey Cole White told officers that he hadn’t murdered 58-year-old mother-of-two Connie Ridgeway almost as soon as he was taken into custody on Monday, according to a police report.

New documents, filed by Vanderburgh County Sheriff’s Office and seen by The Independent, reveal that the 38-year-old career criminal began claiming his innocence of the shocking 2015 stabbing death as his jailhouse lover was dying from a gunshot wound to the head.

The convict had been taken to hospital for treatment for a head injury where he brought up the heinous crime that he is charged with capital murder over, according to a report from Sgt. Erik Nilssen, who was on the scene of Monday’s capture.

At the hospital, “Mr White also kept stating that he did not kill Connie Ridgeway,” the report said.

The officer said that White also continued to ask about the condition of his “wife” Vicky White.

White is currently awaiting trial for the murder of Ms Ridgeway, who was found stabbed to death in her apartment in Rogersville, Alabama, on 23 October 2015.

The case went unsolved for five years until White sent a letter to the Lauderdale County Sheriff’s Office confessing to the crime in 2020.

During a subsequent interview with authorities, he allegedly gave details about the crime that had not been made public and which only the killer could have known and he was charged with two counts of capital murder.

Prosecutors say he was paid to carry out the hit on his victim.

After confessing to the murder, he initially pleaded guilty before changing his plea to not guilty by reason of mental illness.

His trial is slated to begin in June and, if convicted, he faces the death penalty.

He is already serving a 75-year sentence after being convicted of a crime spree where he tried to kill his ex-girlfriend and shot another woman.

White is now back behind bars in Alabama after he was transported back from Indiana on Tuesday night.

He appeared in Lauderdale County Courthouse in Florence where he was charged with escape in the first degree.

A nationwide manhunt was first launched back on 29 April when Ms White picked the inmate up from Lauderdale County jail claiming that she was taking him for a mental health evaluation at Lauderdale County Courthouse.

She told her coworkers that once she had escorted him to court she was going to seek medical attention for herself as she felt unwell.

The pair never arrived at the courthouse and White had no scheduled court appearance or appointments that day.

Several hours later, the alarm was raised when Ms White failed to return to the jail and could not be reached by her colleagues.

With Ms White now dead, many questions remain unanswered around both the shock prison escape and the alleged suicide of the 56-year-old widow who had a two-decades-long “exemplary” career.

Lauderdale County Sheriff Rick Singleton said that the couple had been in what he described as a “jailhouse romance” or “special relationship” for the last two years.

Ms White had also sold her home just five weeks earlier for well below its market value, withdrew $90,000 in cash from her bank accounts and filed for retirement days before the pair vanished.

Her last day of work was the day she disappeared, though her retirement papers had not been finalised.

After selling her home, she moved in with her mother who previously said that she knew nothing about her daughter’s plans to retire and had never heard her speak of White.

In the early aftermath of the prison escape, Ms White was described as an “exemplary employee” who had repeatedly won employee of the year awards. She was due to be honoured again with the award this week.

Is the Johnny Depp vs Amber Heard trial on today?

Apple to discontinue the iPod after 21 years

Ukrainians Fight Russian Troops Up Close Along the Eastern Front

Is the Johnny Depp vs Amber Heard trial on today?

Apple to discontinue the iPod after 21 years