Heat’s Lowry (hamstring) out for G6 vs. Sixers 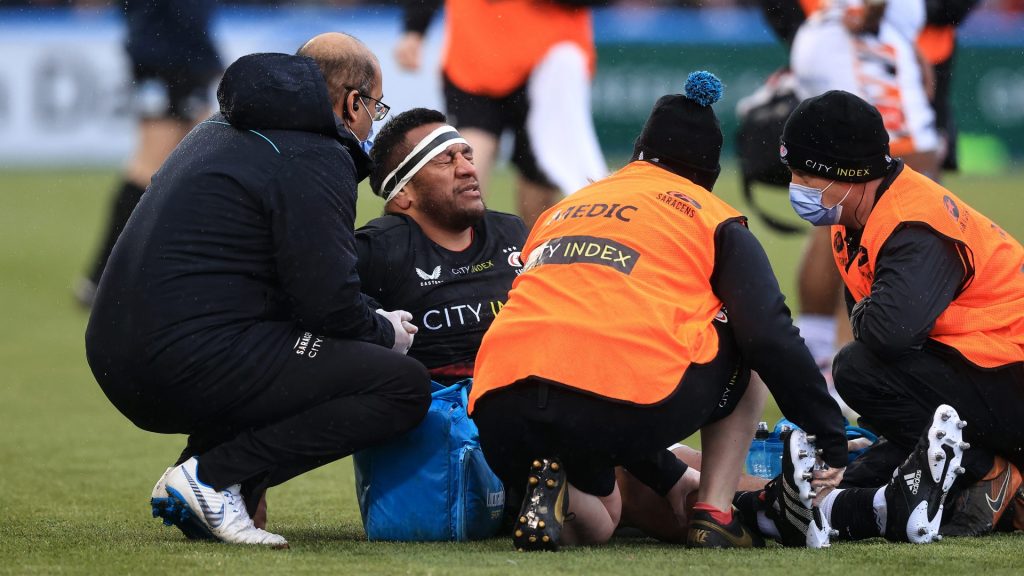 Mako Vunipola is set to give Saracens a major European Challenge Cup boost by returning for Saturday’s semi-final against Toulon. The England prop has been sidelined since suffering an ankle injury during Saracens’ victory over Gallagher Premiership title rivals Leicester almost ten weeks ago.

But Saracens rugby director Mark McCall has confirmed that Vunipola, who has been overlooked by England boss Eddie Jones this season, is fit for the last-four clash at Stade Felix-Mayol. “Mako is available for selection this week,” McCall said when quizzed about the availability of Vunipola for Saracens in France.

“Mako has been a very important member of the group all season, to be honest. I could not be more impressed with his overall contribution. We made him captain during the period of the Six Nations, and he did a phenomenal job.

“It was wonderful that he wanted to go to Kingsholm (for last Friday’s quarter-final against Gloucester) and support his team-mates, even though he wasn’t playing.”

Saracens will be without wing Sean Maitland due to a minor hamstring issue as they face a first European semi-final since September 2020. On that occasion, it was Heineken Champions Cup opponents Racing 92 before Saracens took their place in the second-tier English Championship after being relegated from the Premiership for repeated salary cap breaches.

Even though it is the Challenge Cup, rather than the Champions Cup, McCall’s men have relished being back on a European stage. They were European champions in 2016, 2017 and 2019, although previous Challenge Cup campaigns produced three semi-final losses – two against Bath, and one to Northampton. “Just to be playing knockout rugby in front of great crowds in great places is exactly what we wanted, and exactly what we missed, and we have got another chance this weekend,” McCall added.

“It seems like a really big match. It (Toulon) is a great rugby town, a superb stadium and a great atmosphere. It is a club steeped in European history, so it is a game to look forward to. The (Gloucester) game felt like it was an important step up for us. I still think there is more in us, and we have got to back that up this weekend. Last Friday is done now, and Saturday night is a new game against a new opponent in a different place, and we have got to go and do it again.”

Toulon have been transformed since the arrival of former Clermont boss Franck Azema as head coach. They have won their last six games in the Top 14, a run that included victories over La Rochelle, Lyon, Toulouse and Bordeaux-Begles. “We have been watching Toulon for a while, and there has been quite a shift since they changed coach,” McCall said.

“There has been a real resurgence from a performance point of view since Franck has been on board. And they have got great players – there is huge talent there, a formidable team. And over the last two or three months, they have really picked up in terms of performances and results. They have beaten Toulouse and La Rochelle at their place, so we are well aware of the scale of the challenge.”

Bath horror show was such a turn off

Bath horror show was such a turn off