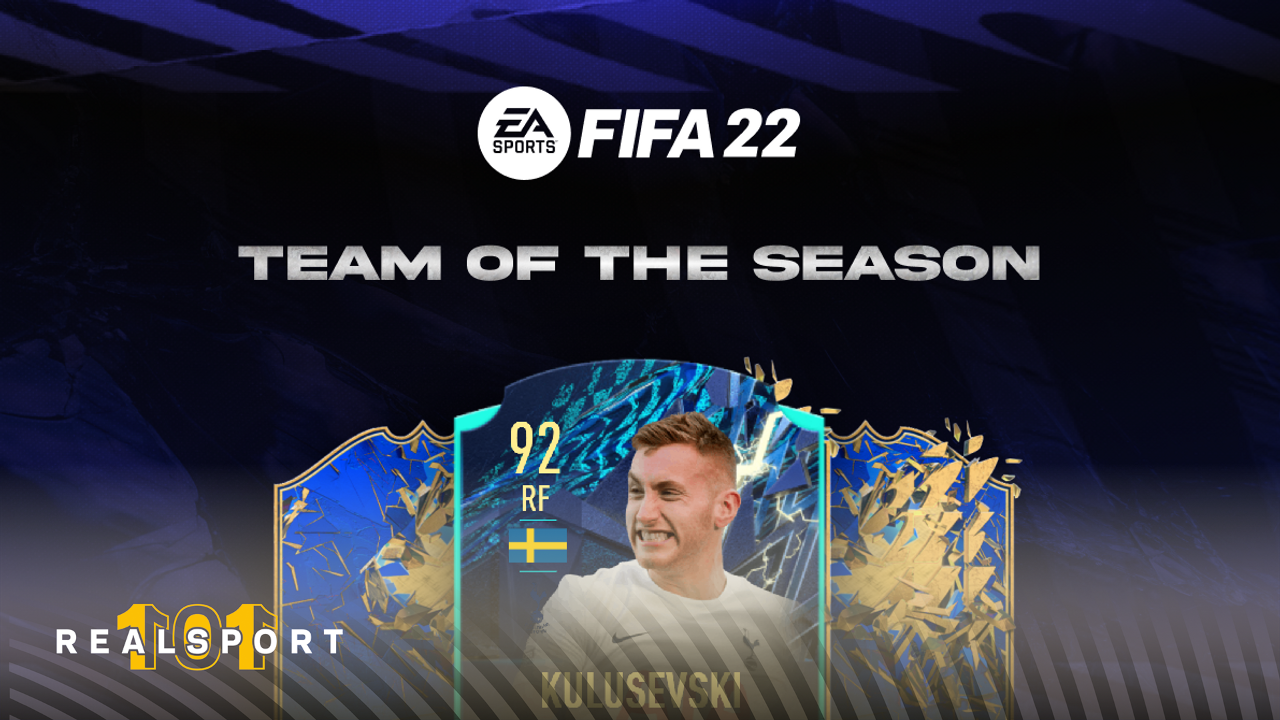 Team of the Season (TOTS) is taking FIFA 22 Ultimate Team by storm, with the biggest promo of the year rolling out loads of top content.

The Premier League TOTS has now taken centre stage, with the squad in packs, objectives for Bukayo Saka and David De Gea released, and SBCs out for TOTS Harry Kane and a Flashback Dele Alli!

There are three squads needed to submit to unlock the 92-rated card, with the requirements as follows:

Dejan Kulusevski has been a revelation since joining Tottenham Hotspur, putting in many great performances.

If he had been with them from the start of the season he could potentially be in the mix for inclusion in the main Team of the Season, not just a TOTS Moments card, with three goals and eight assists coming in his 15 games so far.

His TOTS Moments card is in recognition for a fine display against Manchester City, where he really announced himself.

The Swede put Spurs up after four minutes with his first goal of the season, then provided the assist in the 95th minute to help his side come out 3-2 victors at the Etihad.

Several key dates for the FIFA 22 Team of the Season schedule have been confirmed, so check them out below:

The Ultimate TOTS will bring the TOTS campaign to a close with the very best cards included from across the different leagues.

Heardle Answer and Song Of The Day For Today, Tuesday, May 10

Will Evil Dead: The Game Come to Steam?

Heardle Answer and Song Of The Day For Today, Tuesday, May 10

Will Evil Dead: The Game Come to Steam?