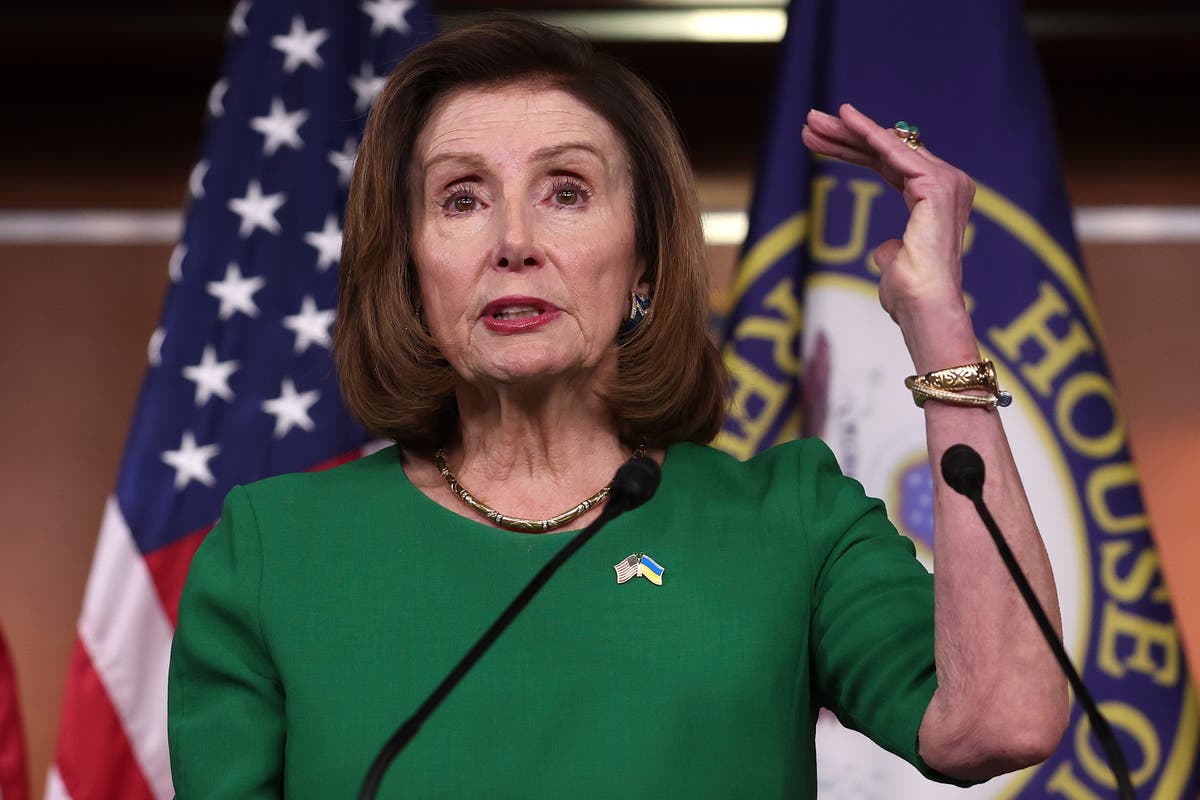 House Speaker Nancy Pelosi lamented the demise of Democrats’ legislation to protect abortion rights while at the same time defending her support for one of the last members of her caucus who opposes abortion rights.

Senate Democrats failed to pass the Women’s Health Protection Act, which would have codified the protections within Roe v Wade, on Wednesday after Democratic Senator Joe Manchin opposed it.

The House had passed the legislation last year, with every Democrat except Representative Henry Cuellar of Texas voting in favour of it. The Senate failed to pass the legislation in February, but Senate Majority Leader Chuck Schumer held a vote on it on Wednesday after a draft opinion from the Surpeme Court showed it was prepared to overturn the 1973 court decision that guaranteed the right to an abortion.

“We have passed the legislation,” Ms Pelosi said at her weekly Capitol Hill press conference. “We have been ready for a long time.”

Similarly, the House speaker pushed back against allegations that the legislation goes beyond Roe v Wade, which Democratic Senator Joe Manchin cited as a reason he would vote against it.

“What it does, it is Roe v Wade, as reaffirmed by Casey,” she said. “That is what we want to enshrine as law and so that’s what we make sure people have to understand.”

She also dismissed questions about why Democrats did not take up legislation written by moderate Republicans Senators Susan Collins and Lisa Murkowski.

“It’s not a compromise,” she said. “Because what’s in the Republican bill would enable states to do very destructive things when it comes to a woman’s right to choose.”

But Ms Pelosi also reaffirmed her support for Mr Cuellar, the anti-abortion Democrat. Mr Cuellar currently faces a primary challenge from Jessica Cisneros, a progressive primary challenger supported by Representative Alexandria Ocasio-Cortez and other left-wing Democrats. Neither candidate won a majority in the March primary so there will be a runoff on 24 May.

“I’m supporting Henry Cuellar, he’s a valued member of our caucus,” she said. The primary also comes after the FBI raided his home and his office in January. Mr Cuellar’s lawyer has insisted he is not under investigation by the FBI, which Ms Pelosi repeated.

“He is not pro-choice, but we didn’t need him; we passed the bill with what we had,” he said. “And by the way, this is one of the first Congresses that we have had with a Democratic president, with a pro-choice Congress.”

Eid Under the Taliban Shows a Changed Afghanistan

Biden hosts ASEAN as he looks to show Pacific commitment

Eid Under the Taliban Shows a Changed Afghanistan