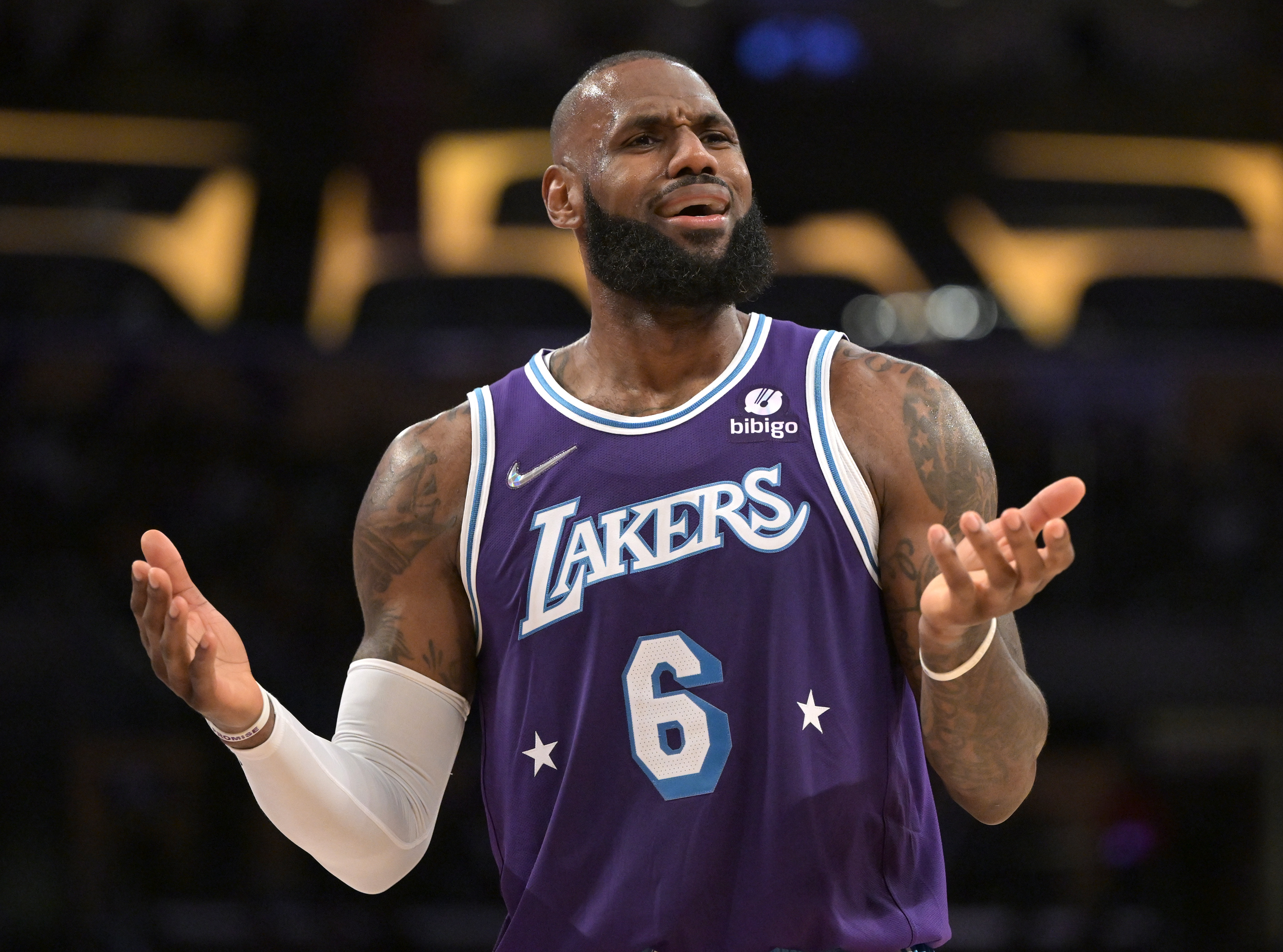 Major names populate our trade rumor rankings this week, led by two of the top players on the most tumultuous team from last season, the Los Angeles Lakers.

For those unaware, our trade rumor rankings series ranks the five players who have appeared most often on our Trade page over the previous week. 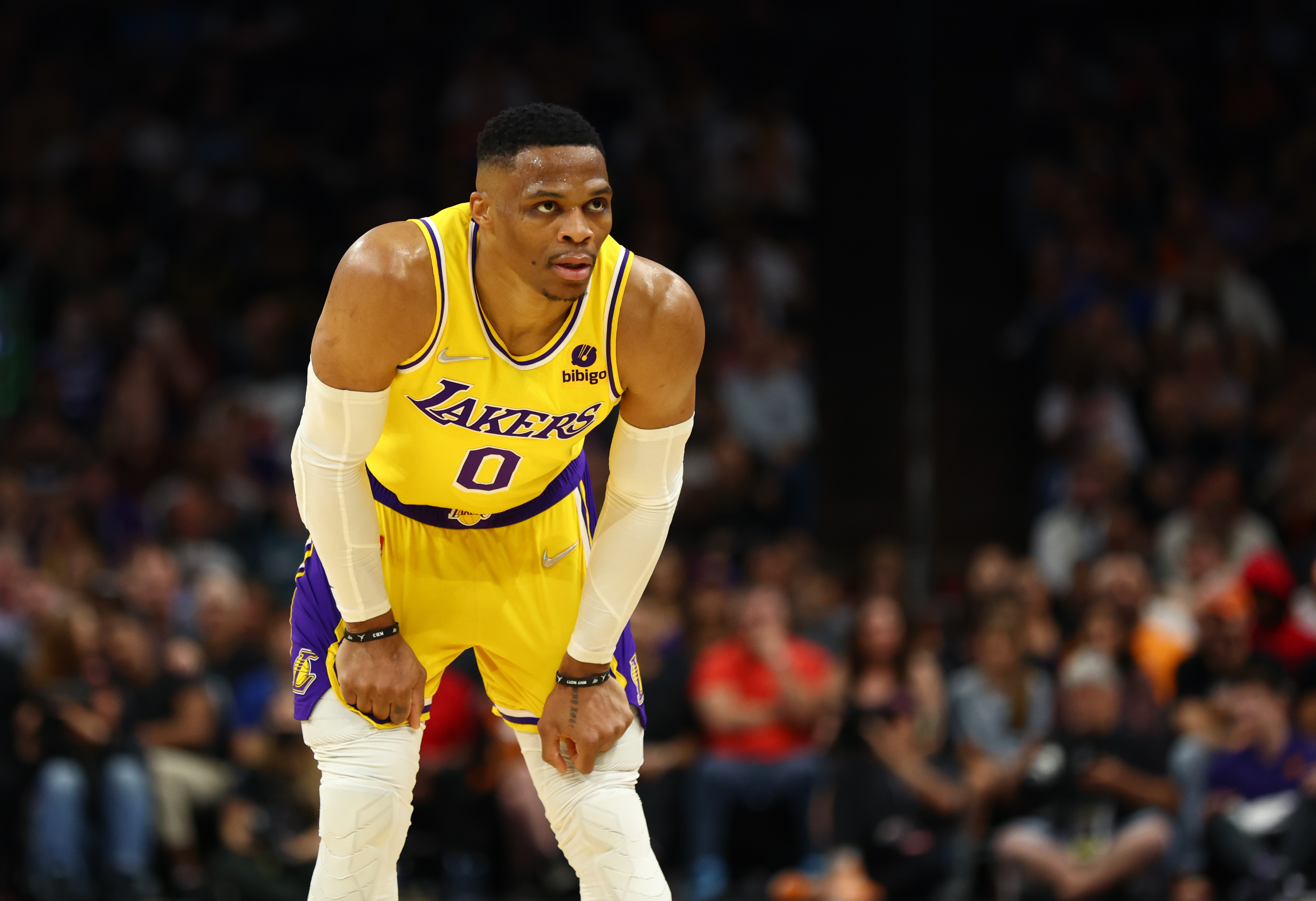 Veteran reporter Bill Plaschke, of Around the Horn fame for many of a certain generation, made waves this week by reporting that Phil Jackson, who is reportedly aiding Jeanie Buss with offseason decisions surrounding the Lakers, wants L.A. to trade LeBron James but keep Russell Westbrook (via Silver Screen and Roll):

On Wednesday, LA Times beat reporter Bill Plaschke, who only recently sat down for an hours-long one-on-one interview with Lakers owner Jeanie Buss, kind-of sort-of reported that Jackson would prefer to trade LeBron and keep Westbrook during an appearance on Doug Gottlieb’s radio show. “I’ve heard that Phil would like LeBron traded. I’ve just heard that but I’ve got nothing to back that up. No on-the-record stuff to back that up. I do know that Phil would like to keep Westbrook and try to make that work with him.”

Plaschke would go on to say that Buss pushed back on the idea of trading James, logically, so it doesn’t appear that the four-time league MVP is going anywhere anytime soon.

Plaschke also said that he believes the Lakers will keep Westbrook next season and make it a prerequisite for whoever they hire as head coach to make it work with Russ, James and Anthony Davis all under contract.

Best of luck to whoever the Lakers do hire as their next head coach, if that is the case.

For the latest on the Russell Westbrook trade front, click here. 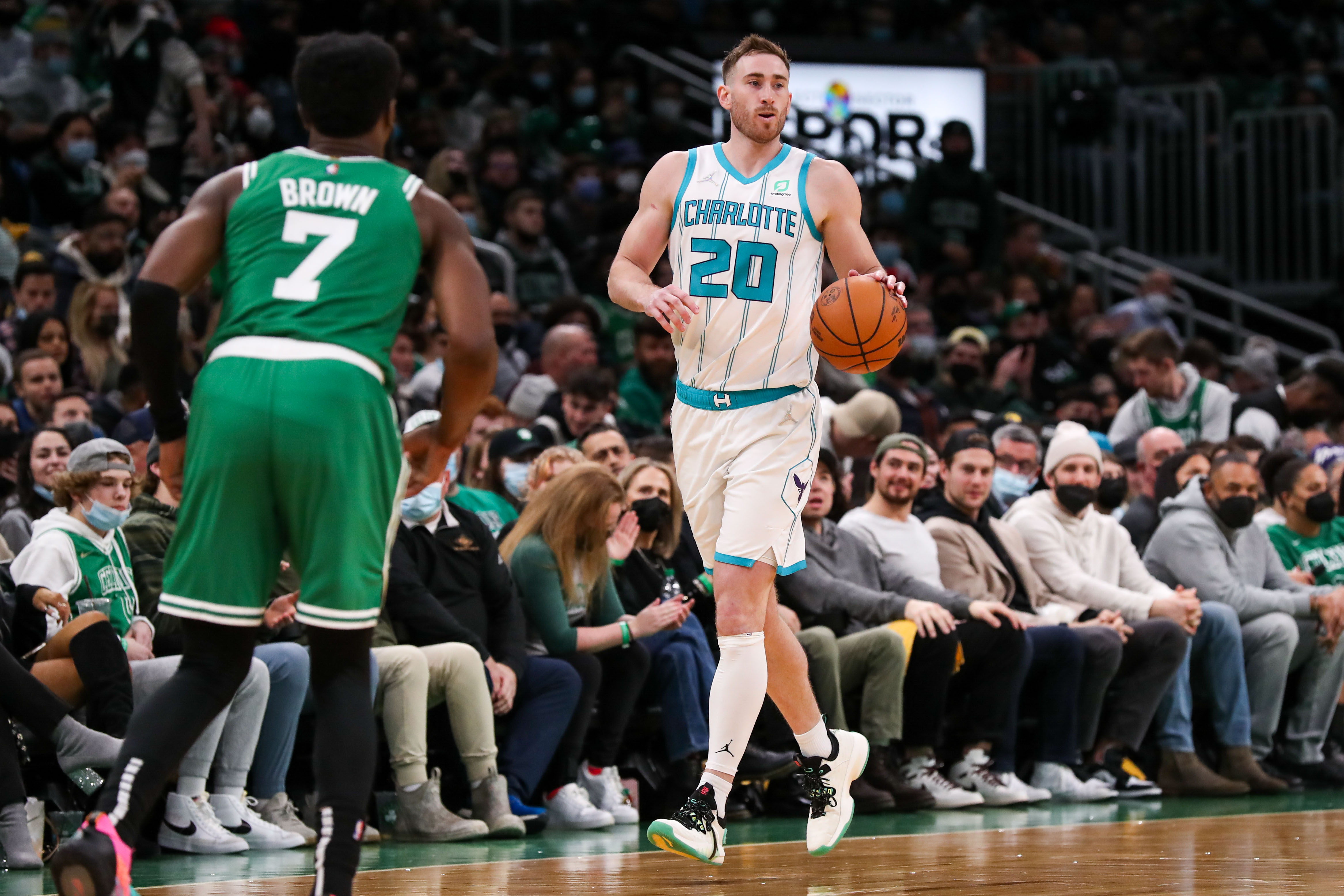 Reports on Gordon Hayward’s future with the Charlotte Hornets actually arose this week from our very own Michael Scotto, who reported that the former All-Star swingman is a name to watch on the trade market this offseason, especially with Miles Bridges likely to sign a big contract with Charlotte this summer:

With Miles Bridges projected to earn close to, if not, a max contract, Gordon Hayward is a name to keep an eye on regarding the trade market. In talking to several executives, Hayward is viewed as a neutral asset who’s a good player, but one who’s been injury-prone the past three seasons.

An NBA executive told Scotto the following regarding the potential of a Hayward trade:

I thought one executive I spoke to summed it up nicely. The executive said, “I’m sure they can trade him. I don’t think they’ll get off a ton of money. They’ll take players back that cost a little less. They overpaid to get Hayward, which they had to do to get him in the first place, but they’re also paying Nicolas Batum’s dead money to sign him. His effective cost is $40 million because of that. I don’t think he has plus value on that deal and his injuries are starting to add up with age. Maybe you’re able to trade him for two pieces making $10-15 million a year. I’m sure there will be a market for him because at the end of the day, he’s a really good wing player.”

Scotto went so far as to name the New York Knicks and Indiana Pacers are potential landing spots for Hayward, who remains a very solid starter-level wing, though one constantly hampered by different injuries.

For the latest on the Gordon Hayward trade front, click here. 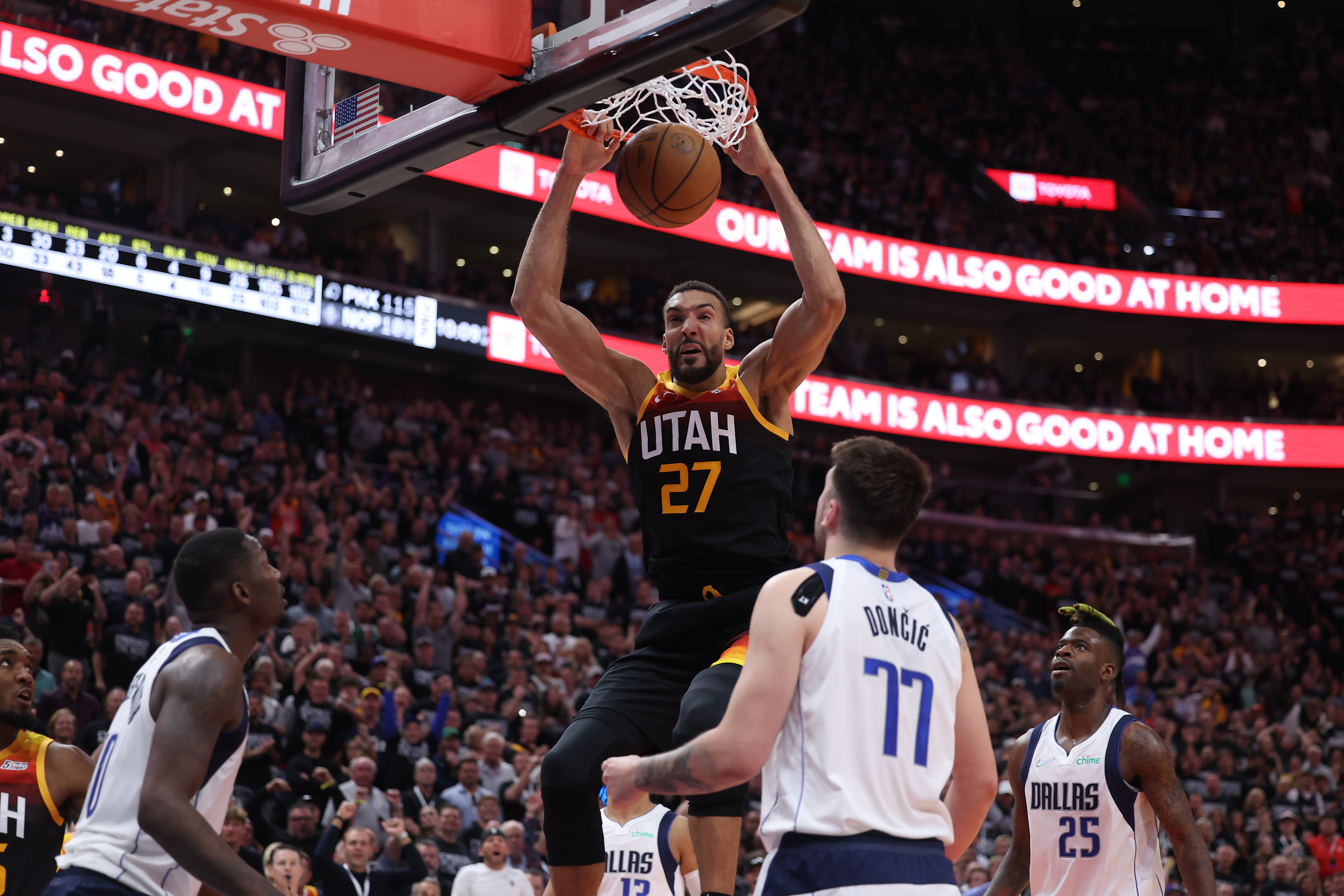 The rumors haven’t stopped circling around the Utah Jazz since their departure from the 2021-22 NBA playoffs, with a good amount of the scuttle surrounding star big man Rudy Gobert.

The latest we have on the matter comes courtesy of SportsNet New York, who reported that the Toronto Raptors would be just one of the teams interested in Gobert if he does get placed on the trade block.

Putting a damper on the potential of a blockbuster Gobert trade, however, is the fact that the Jazz are set to host the 2023 All-Star weekend festivities, so the team would prefer to remain in at least playoff contention next season, rather than initiate a full-blown rebuild, according to Jake Fischer.

Makes sense, as who would want to host an All-Star weekend with a 15-41 record while tanking for the No. 1 pick in the following draft? Plus, with Gobert and the next player on our list having solid chances of being named All-Stars next season, it would be a huge privilege for Utah to honor their own All-Stars. Imagine the awkwardness if the Jazz trade Gobert or his backcourt mate and they get named All-Stars next season and return to Salt Lake City for the All-Star festivities while donning other colors?

Either way, it could be an explosive offseason for the Jazz, so stay tuned this summer to see what happens with Utah.

For the latest on the Rudy Gobert trade front, click here. 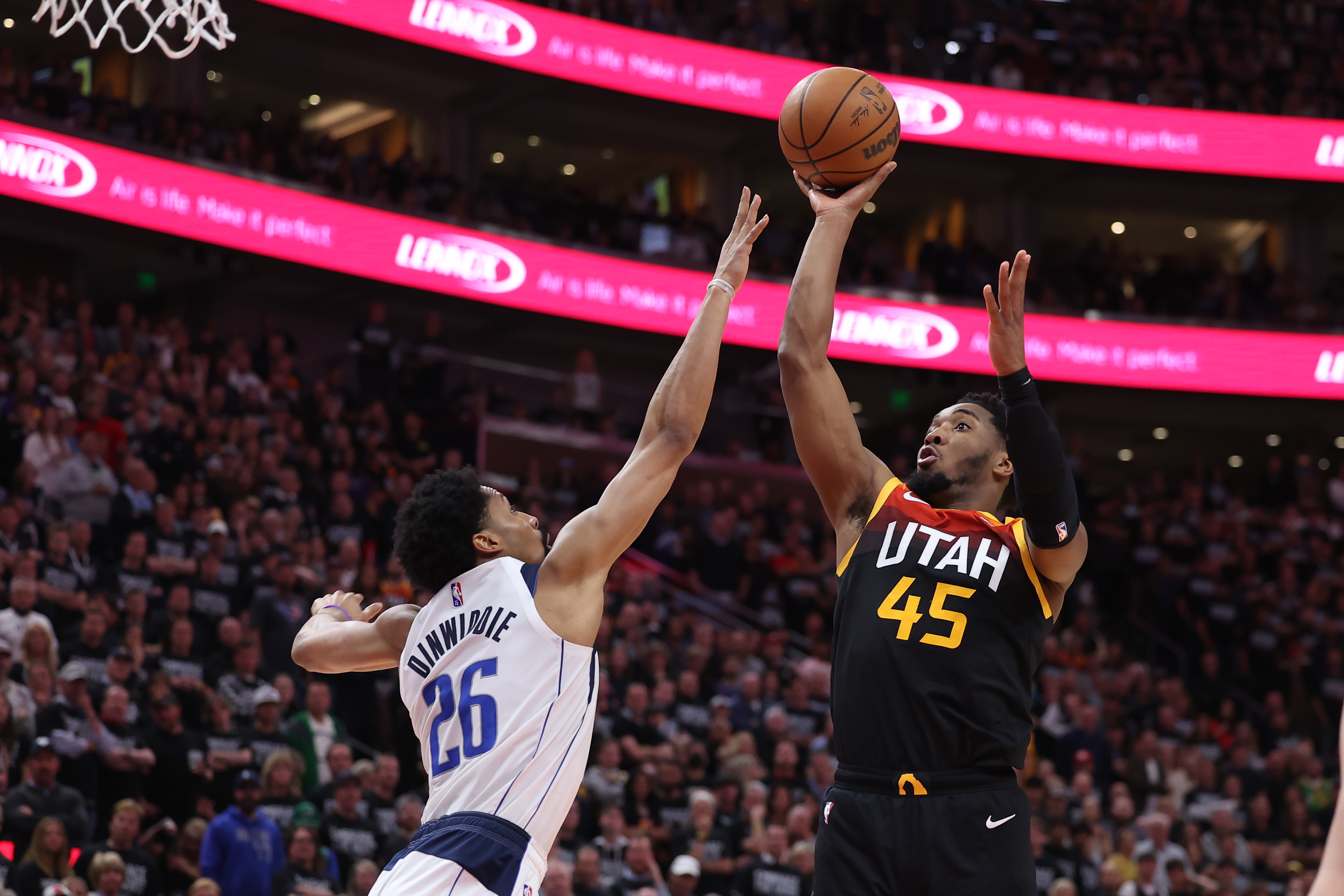 Two teams are closely monitoring the possibility of a Donovan Mitchell trade, the New York Knicks and the Miami Heat.

See also  Ryan Turell: 'Being the first Orthodox Jew to play in the NBA would be a dream come true'

The former shouldn’t come as a surprise, considering the Knicks contingent, including executives William Wesley and Allan Houston, as well as star forward Julius Randle, that attended Game 1 of the Jazz-Dallas Mavericks series a couple of weeks ago, something that upset members of the Jazz (via SportsNet New York):

Jazz staffers and various figures around the league point most directly at CAA for the whispers that seem designed to push Mitchell toward requesting a trade from Utah, particularly to New York. Jazz personnel took great umbrage to Knicks executives William Wesley and Allan Houston and All-Star forward Julius Randle sitting courtside during Utah’s Game 1 road win over the Dallas Mavericks in the first round of the playoffs, sources said.

That same report mentioned that the Heat are also closely monitoring the situation with Mitchell and the Jazz.

Either way, as was the case with Gobert, Utah likely wants to remain relevant at least through next season with the team set to host the All-Star Game in 2022-23, making the likelihood of a Mitchell or Gobert trade even slimmer.

But if Mitchell comes out and asks for a trade, then that changes things.

For the latest on the Donovan Mitchell trade front, click here. 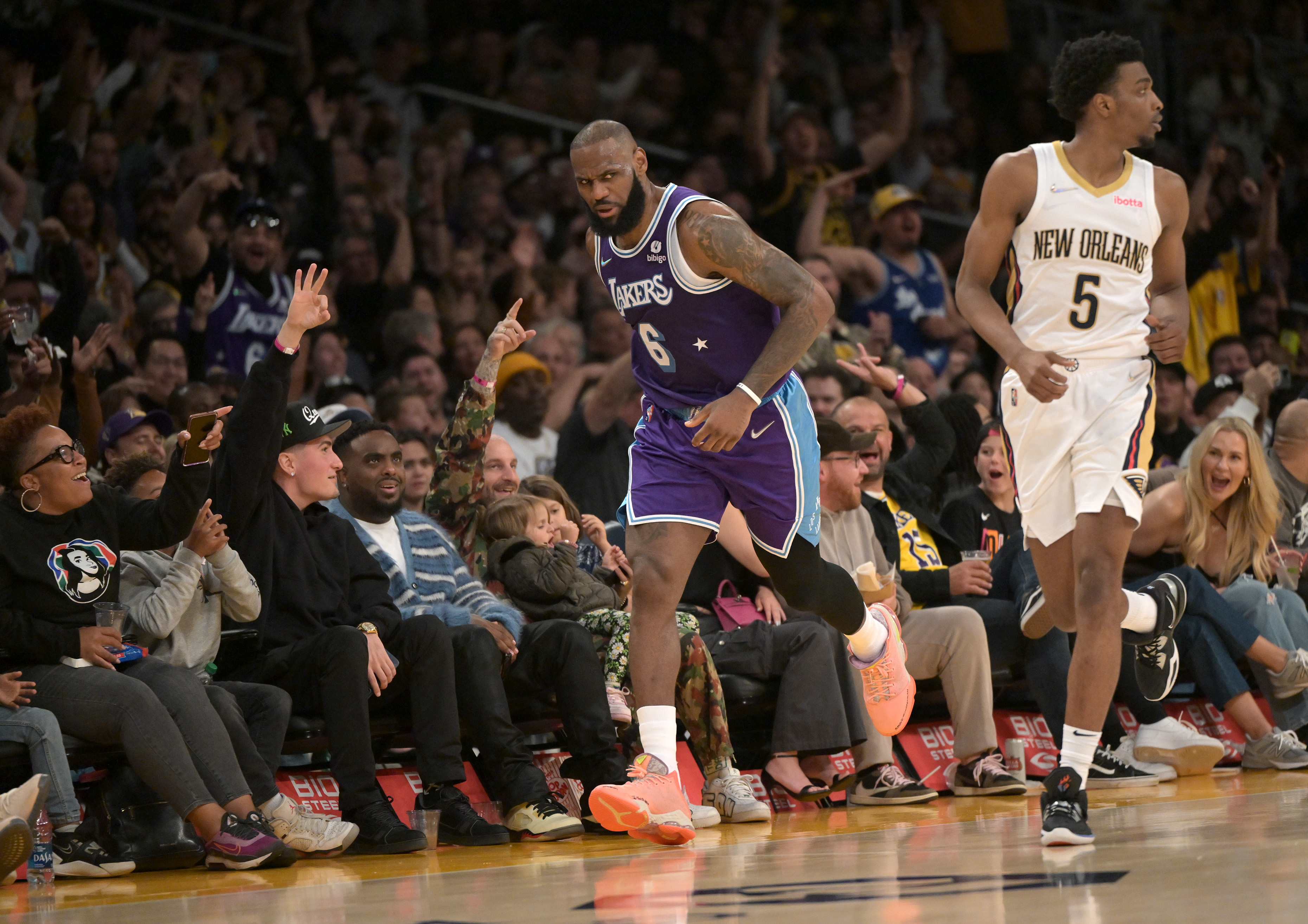 And now, time for the name the majority of the people who clicked on this article were waiting for, that of LeBron James, four-time league MVP and still one of the most dominant players in the league.

The tomfoolery surrounding James and the potential of him getting traded this offseason actually started with Stephen A. Smith last week – because of course it did – when the ESPN talking head said that he’d consider trading James this offseason:

Luckily for all of us, common sense prevailed soon afterward when The Athletic’s Sam Amick reported that even if James does not sign an extension with the Lakers this offseason, the purple-and-gold franchise wouldn’t trade him:

If LeBron James ultimately decides against signing an extension with the Lakers in August, sources say Buss wouldn’t see his desire to play out the final season of his contract as a reason to consider trading him. Without an extension, James’ current deal will expire after next season (in which he’s owed $47.1 million). It’s a natural question to ask in these sorts of situations, as the notion of James leaving the Lakers empty-handed by signing elsewhere in the summer of 2023 would be less than ideal. Still, all signs point to the year-by-year approach being considered acceptable by the Lakers – so long as the relationship with James is still in a good place.

That was followed up by team legend Magic Johnson telling TMZ that he wants James to remain a Laker “for a long time.”

So even despite what Stephen A. Smith or even Phil Jackson (reportedly) wants, it doesn’t look like James will be getting traded this offseason.

And why would he?

Even a franchise as proud as the Lakers only rarely has a generational talent like James on its roster, so why trade him when he’s still producing at the level he’s at?

For the latest on the LeBron James trade front, click here.

Celtics irate over ‘bad missed call’ in loss to Bucks

Ime Udoka: Celtics need to do a better of setting up Jayson Tatum

Nikola Jokic on MVP: Individual awards are people picking who wins… a championship is something you win

Celtics irate over ‘bad missed call’ in loss to Bucks

Ime Udoka: Celtics need to do a better of setting up Jayson Tatum