Who are ‘terrorists’ Turkey wants from Sweden and Finland? 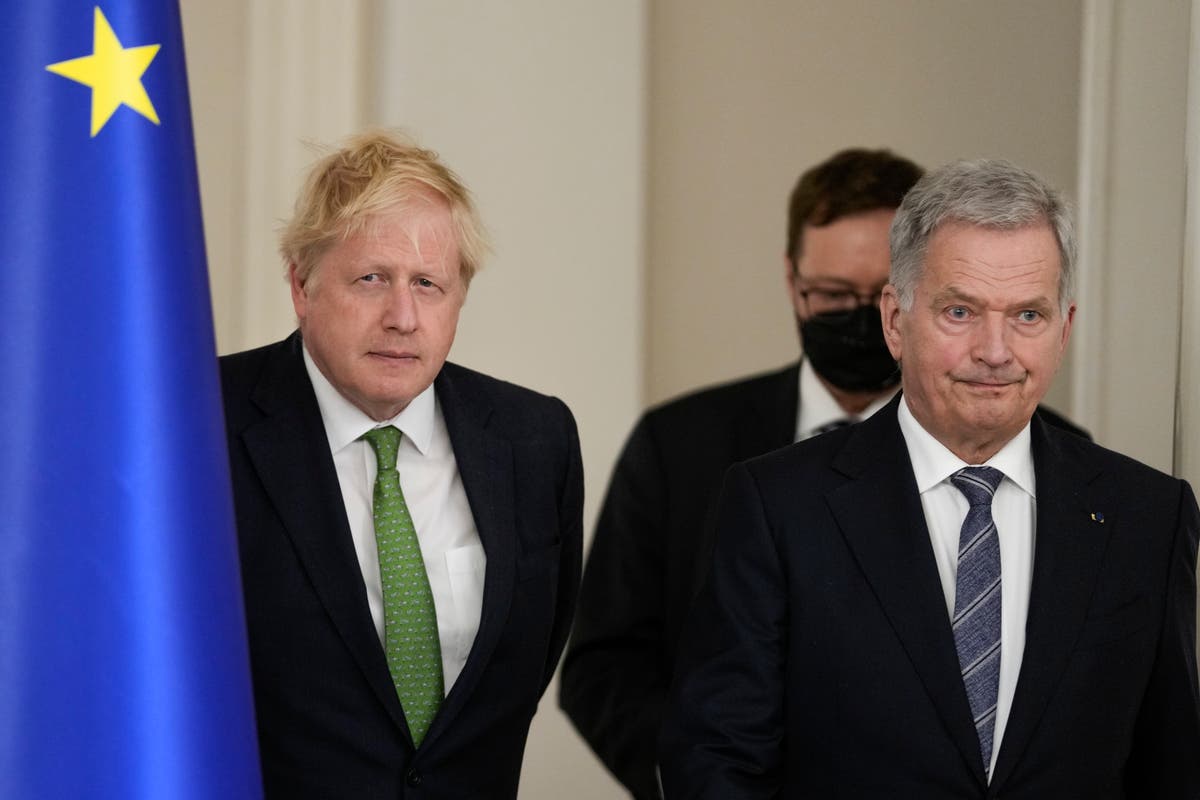 It comes as Finland’s president and prime minister have said they are in favor of applying for Nato membership.

President Sauli Niinisto and Prime Minister Sanna Marin in a joint statement: “As a member of NATO, Finland would strengthen the entire defence alliance,” they said. “Finland must apply for NATO membership without delay. We hope that the national steps still needed to make this decision will be taken rapidly within the next few days.”

In a press conference this morning, Mr Niinisto said the Russian president was responsible for the move, saying: “You caused this. Look in the mirror.”

Meanwhile, Finnish MP Elina Valtonen has said the country is ready to defend itself if Russia responds aggressively to Finland’s application for Nato membership.

Sweden is expected to announce it will apply for membership within days as the country’s foreign minister said: “Finland is Sweden’s closest security & defence partner, and we need to take Finland’s assessments into account.”

One of the hundreds of Ukrainian fighters holed up in Mariupol’s besieged Azovstal steelworks has appealed Elon Musk for help evacuating the remaining survivors.

“Elon Musk people say you come from another planet to teach people to believe in the impossible. Our planets are next to each other, as I live where it is nearly impossible to survive,” marine commander Serhiy Volina wrote on Twitter in his plea to the Tesla billionaire.

Kosovo hopes to join Council of Europe after Russia’s exit

Kosovo government has said it will apply for membership at the European rights watchdog the Council of Europe, seizing an opportunity after Russia quit the body in mid-March.

Russia left the body hours before a vote on its expulsion in the Council of Europe’s assembly on March 15, three weeks after it started its attack on Ukraine.

Being accepted into the organisation requires a two-thirds vote by members, and with Russia not recognising Kosovo as an independent state, there had been a risk any previous application would fail.

Kosovo says it now has enough backing from the 46-member body to be accepted and the government said it had ordered the foreign ministry to start membership procedures.

Backed by Western countries, Kosovo declared independence in 2008 almost a decade after the war between ethnic Albanians and Serb forces ended in 1999.

Kosovo is recognised by more than 110 countries but it is still not a U.N member, facing objections from its former master Serbia and veto holder Russia.

Serbia’s president Aleksandar Vucic said his country would strongly react if Kosovo applied for Council of Europe membership and called an urgent meeting of the national security council.

The Council of Europe created the European Convention on Human Rights and helped eastern European nations to democratise their political systems after the collapse of Communism.

It advocates freedom of expression and of the media, freedom of assembly, equality, and the protection of minorities.

More updates will be provided shortly.

Explainer: What is Nato and why was it formed?

With Finland making plans to join Nato to strengthen its security and defence against Russian aggression, my colleague Joe Sommerlad explains exactly what Nato is.

How likely is it that Russia will launch a nuclear attack?

Vladimir Putin placed Russia’s strategic nuclear weapons forces on high alert during the first weekend of his war with Ukraine, prompting fears around the world over what could happen next.

The Russian president blamed “unfriendly actions in the economic sphere”, a reference to the punitive economic sanctions imposed on his country by the Western allies, and claimed leading Nato members had made “aggressive statements”, forcing his hand.

‘Whatever happens we are prepared,’ Finnish MP says on Russia

Finnish MP Elina Valtonen has said the country is ready to defend itself if Russia responds aggressively to Finland’s application for Nato membership.

She told Sky News: “Finland is a sovereign country and we are free to make our own decisions, and whatever happens we are prepared.”

Prime minister: Hard to see how to ‘renormalise’ relations with Putin

Boris Johnson has said Vladimir Putin is guilty of a “barbaric onslaught” in Ukraine, and suggested there is now no way to normalise relations with his regime in Russia.

The prime minister told LBC: “I think that repentance is going to be very difficult for Vladimir Putin now because … nothing is impossible, I suppose. But I just cannot see for the life of me how we can renormalise relations with Putin now.

See also  Britain Gears Up for a Summer of Labor Discontent

Finland’s president has tweeted that he spoke to Ukraine’s president Volodymyr Zelenskyy who supported Finland’s plan to join Nato.

The UN Human Rights chief has said that a thousand bodies had been recovered in the area of the Ukrainian capital Kyiv in recent weeks, adding that many of the violations it is verifying since the Russian invasion may amount to war crimes.

“The scale of unlawful killings, including indicia of summary executions in areas to the north of Kyiv, is shocking,” Michelle Bachelet told the Geneva-based Human Rights Council via a video address.

The Human Rights Council will decide on Thursday whether to task investigators with an official probe into the events that occurred in Kyiv and other regions in February and March.

The defence ministry also said Russia had destroyed a Ukrainian S-300 air defence missile system in the Kharkiv region and a radar station near the city of Odesa.