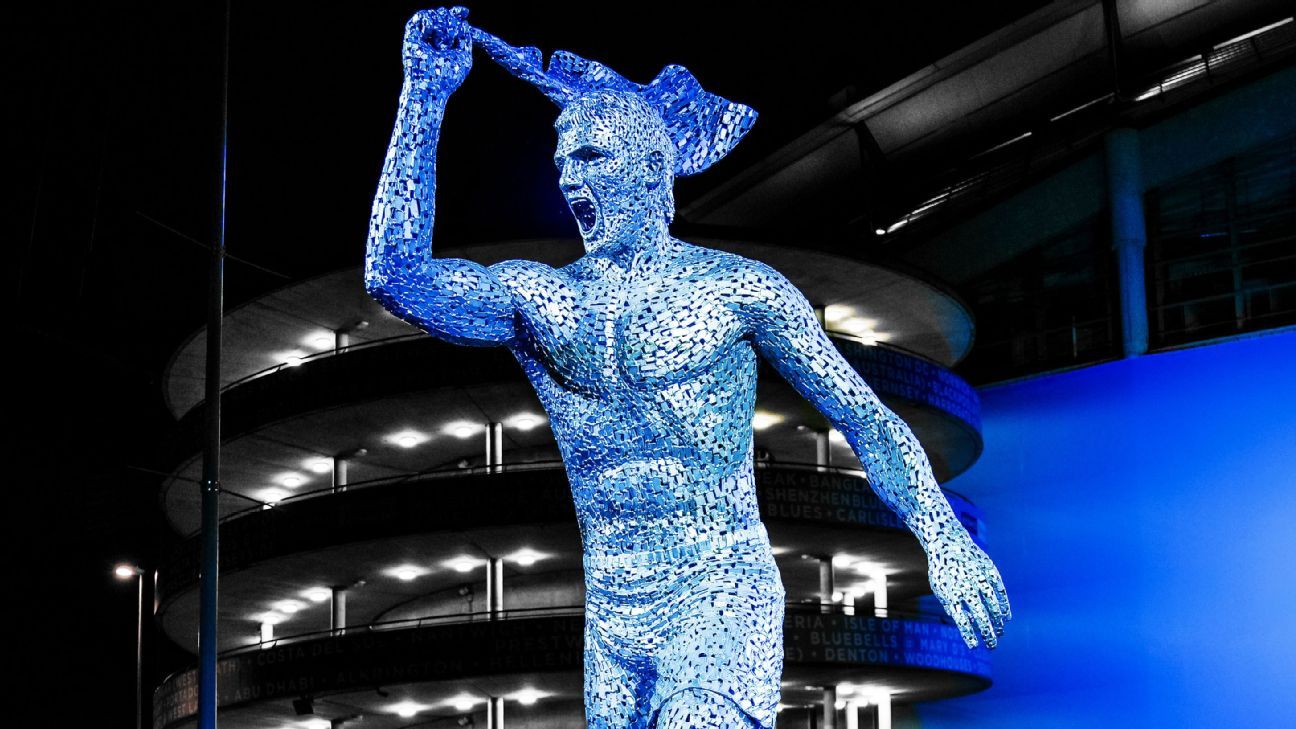 Sergio Aguero has been honoured by Manchester City on the 10th anniversary of one of the most pivotal goals in Premier League history.

Known colloquially as the “93:20” goal in reference to the time it was scored, Aguero’s adrenaline-fuelled strike against Queens Park Rangers in 2012 saw City clinch their first-ever Premier League title, narrowly pipping rivals Manchester United to the trophy on goal difference in the process.

It proved to be a watershed moment in English football with City subsequently going onto win four more titles since that fateful day. United, for the record, have won none.

Aguero departed City at the end of the 2020-21 season and left as the club’s all-time record goal scorer with 260 goals in 390 games. He signed for Barcelona on a free transfer but soon after was forced into premature retirement at the age of 33 after the emergence of a heart condition.

In tribute to the Argentine striker’s career and significant contribution to the City cause, the club have erected a new statue of him on the concourse outside their Etihad stadium.

Created using thousands of pieces of galvanised steel, the glittering statue emerged at day-break on Friday morning and depicted Aguero whirling his shirt around his head after scoring his most famous goal.

Located outside the east stand and illuminated by sky blue spotlights at night, it stands shoulder to shoulder alongside statues of two other modern day City greats, namely Vincent Kompany and David Silva, who too have had their careers immortalised with similar steel artworks.

See also  Spain's Putellas out of Euros after tearing ACL

Aguero himself even dropped by the stadium to give the statue his seal of approval and looked suitably impressed while being given the guided tour.

“Truthfully, it is a very beautiful thing for me, to see myself 10 years ago is very moving,” the striker said. “In those 10 years I was able to win a lot of trophies and was able to help the Club become one of the most important in the world. I am very grateful to the Club for making this statue in recognition of my football career in Manchester. It is something very special.”

Aguero gets first look at his new statue at the Etihad #MCFC pic.twitter.com/gjooXGs1Xp

To further commemorate the anniversary of the “93.20” goal, City released a special limited edition replica pre-match shirt which comes complete with the iconic time stamp printed on the back.

Unsurprisingly, the club have since confirmed that the entire run of jerseys had sold out within 12 hours of launch.

Of course, statues and shirts are all well and good but we’ve seen some ardent City supporters go to even greater lengths to show their appreciation for Aguero and especially his era-sparking goal against QPR.

Perhaps the best example is the fan who had a transcript of the entire Martin Tyler match commentary of the move that led up to the 93:20 goal tattooed on his forearm back in 2015.

This is my new tattoo @MCFC #citytoday (posted earlier on my sons account) pic.twitter.com/07uwAiW6ke

The text begins with the build-up, peaks with Tyler’s famous the howl of “Aguerooo!!!” as the ball hit the back of the net and even goes on to include the pertinent information that the forward’s late, late strike had knocked United off the top spot with the very last kick of the season.

See also  Pre-Euro 2022 Best XIs: The players we pick to dominate the tournament

Incredible stuff, even after all these years.