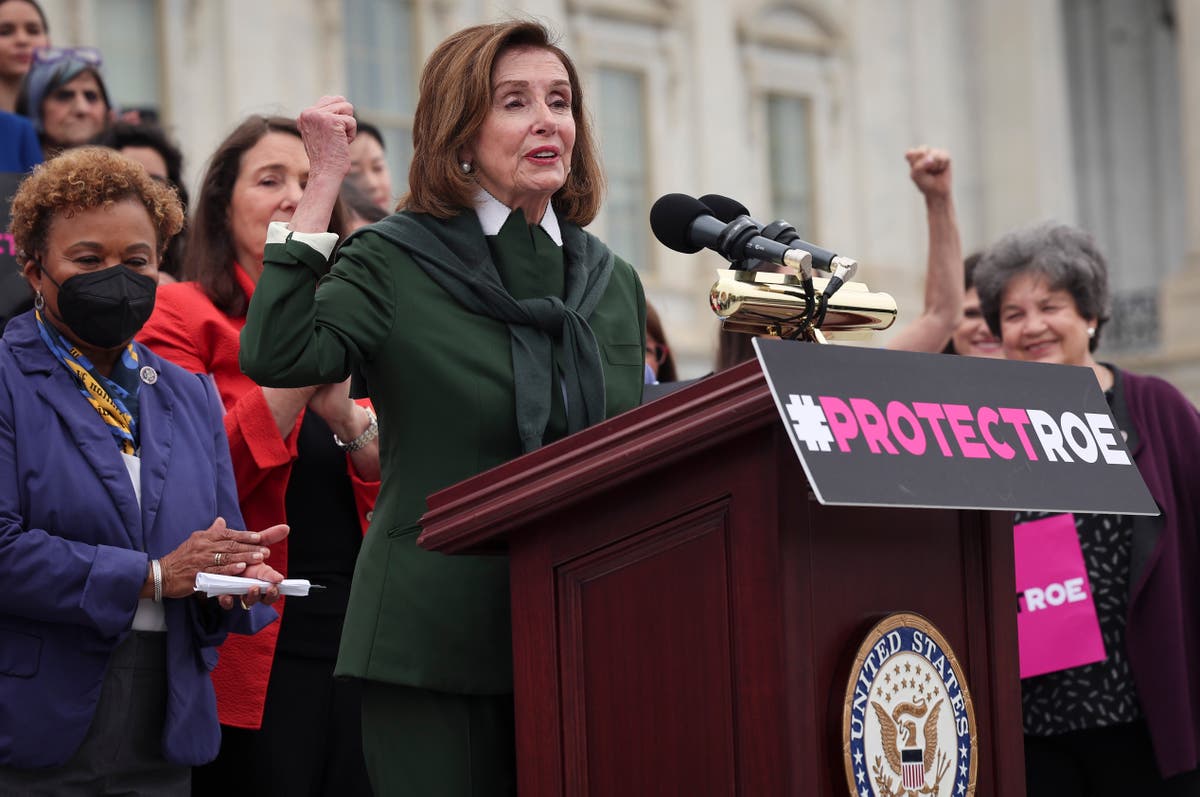 House Democrats will increase their response to the baby formula shortage in the United States, according to a letter from House Speaker Nancy Pelosi.

The Democratic Spekaer wrote in a dear Colleague letter to her caucus that Congress would take action to respond to the shortage that has been caused by supply chain disruptions and a factory recall from the nation’s largest formula manufacturer.

“Ensuring that every precious baby has the nutrition that he or she needs is a matter of the baby’s life and development. While it is essential that we ensure that this issue never happens again, right now the babies are crying and the babies are hungry – so we must take urgent action to protect their health and well-being.”

In response, Ms Pelosi said that House Education & Labor Committee Chairman Bobby Scott would bring up legislation to address the disruptions and recalls, while Appropriations Committee Chairman Rosa DeLauro will hold a hearing and bring up legislation to address the shortage. Meanwhile the Energy & Commerce Committee would hold a hearing on the shortage and explore what actions Congress could take.

Ms Pelosi also highlighted that the House was beginning negotiations with the Senate to find a compromise on the COMPETES Act, which partially focuses on revamping the United States’s supply chain problems.

The United States is currently reeling from a shortage of formula, partially after Abbott Nutrition, the largest formula maker in the nation, recalled formula from its Sturgis, Michigan manufacturing facility after four infants became sick and two died after drinking contaminated formula.

A White House official briefed reporters and said that more formula has been manufactured in the last four weeks than in the same period prior to the recall. The official also said the Biden administration directed the US Department of Agriculture to allow states to relax rules manufacturers follow for their products to be eligible for the Special Supplemental Nutrition Program for Women, Infants, and Children, known as WIC.

But Republicans still criticised Democrats for their response to the shortage. House Republican Conference Chairwoman Elise Stefanik of New York went as far as to compare Democrats to pedophiles.

“The White House, House Dems, & usual pedo grifters are so out of touch with the American people that rather than present ANY PLAN or urgency to address the nationwide baby formula crisis, they double down on sending pallets of formula to the southern border. Joe Biden has NO PLAN,” she tweeted.

Similarly, Representative Troy Nehls of Texas criticised the administration for prioritising sending formula to child migrants at the US-Mexico border.

“Baby formula should go to Americans before illegals,” he said. “This should not have to be said.”

Former Brexit minister says Boris Johnson has ‘no option’ but to rip up ‘part or all’ of NI protocol
See also  Marjorie Taylor Greene replies to decade-old Dr Oz tweet, telling him to ‘come back home’ from 2012 Switzerland trip