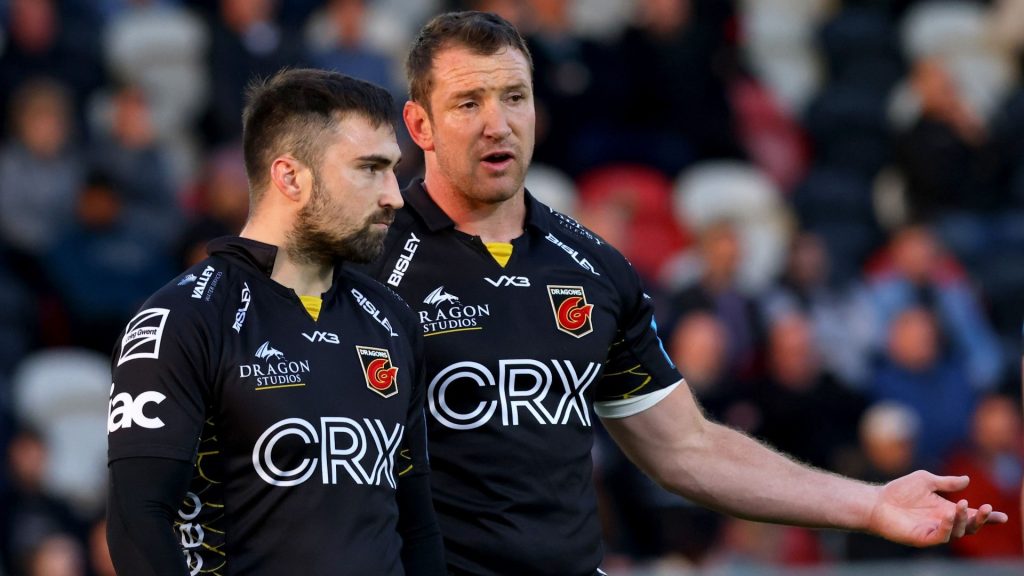 The Dragons’ young fly-half Will Reed missed a last-minute penalty from 45 metres to maintain his side’s miserable record against Cardiff.

The Men of Gwent have not beaten their fierce rivals since Boxing Day 2014, a run of 14 matches, and the defeat means they have only one game left to avoid the ignominy of not winning a home game all season.

The game was marred by two red cards in the first half, Joe Davies of Dragons and Cardiff’s Liam Belcher both for high challenges.

Rhys Priestland was Cardiff’s hero with four penalties and a conversion of a try from Lloyd Williams.

Priestland gave Cardiff a third-minute lead with a straightforward penalty before Dragons suffered another setback when Joe Davies was sent off for a high challenge on visiting prop Rhys Carre.

Priestland’s penalty was the only score of a pedestrian and error-ridden first quarter, with Cardiff having much the better of territory and possession but having little idea on how to capitalise on it.

It took Dragons 24 minutes to have their first opportunity for points, Reed making no mistake with his 40-metre kick.

A couple of minutes later, Reed had another penalty chance, this one from the halfway line, but the fly-half was well off target.

The game badly needed a spark and it got one when Owen Lane took advantage of some space to race past Jack Dixon and provide Williams with an easy run-in.

Priestland converted before Belcher, on his 50th appearance for the club, was red-carded for a head-high tackle on Reed, who departed for a head injury assessment.

Dragons immediately capitalised when Griffiths picked up from a five-metre scrum to crash over, with a conversion from Sam Davies leaving the scores level at 10-10 at the interval.

Reed returned for the second half and in time to see Priestland first miss with a 40-metre penalty before succeeding with a kick of similar distance.

The outside-half then chanced his arm from inside his own half but his kick was nowhere near so his penalty was the only score of a featureless third quarter.

After 64 minutes, Dragons took the lead for the first time when they moved the ball sweetly along their three-quarter line for Dixon to force his way over in the corner.

A second from Reed set up a tense finish but his late miss ensured Cardiff held on to the four points.