Women’s FA Cup final roundtable: How Chelsea vs. Man City will play out

The Big Bang Theory: One Quote From Each Main Character That Goes Against Their Personality

F1 Fans React To Sebastian Vettel Being On Question Time

Just when you thought F1 being a fever dream was over now Miami’s done, Sebastian Vettel has appeared on the panel of the BBC’s political talk show Question Time.

It may seem like an odd thing to see a four-time World Champion on a TV show alongside politicians, but we’ve all seen in recent years Seb’s passion for activism.

Seb came across extremely well, even when being asked tough questions like was he a hypocrite for caring about the environment when racing F1 cars?

“You’ve talked a lot about energy…does that make you a hypocrite?”

“When I get out of the car, of course I’m thinking, is this something that we should do?”

Join us at 10.40pm on @BBCOne. pic.twitter.com/LVMMs4CuvY

His appearance meant a lot of F1 fans ended up tuning in for the first time ever.

Sad indictment of British politics that Sebastian Vettel has rocked up on #BBCQT and spoken more sense than most of the elected members who appear on it weekly.

*googles how to get younger generations into politics*

Put Sebastian Vettel on Question Time, that is your answer pic.twitter.com/kAnPmgoo9X

If Sebastian Vettel ever needed to know how well he’s regarded, thousands of us watched all of *that* #bbcqt

It wasn’t just F1 fans watching at home either 😂

spot the f1 fan in the question time audience 😭😭 pic.twitter.com/kDLMPbDqCH

Did you watch Vettel’s appearance on Question Time? Let us know what you thought on the comments below. 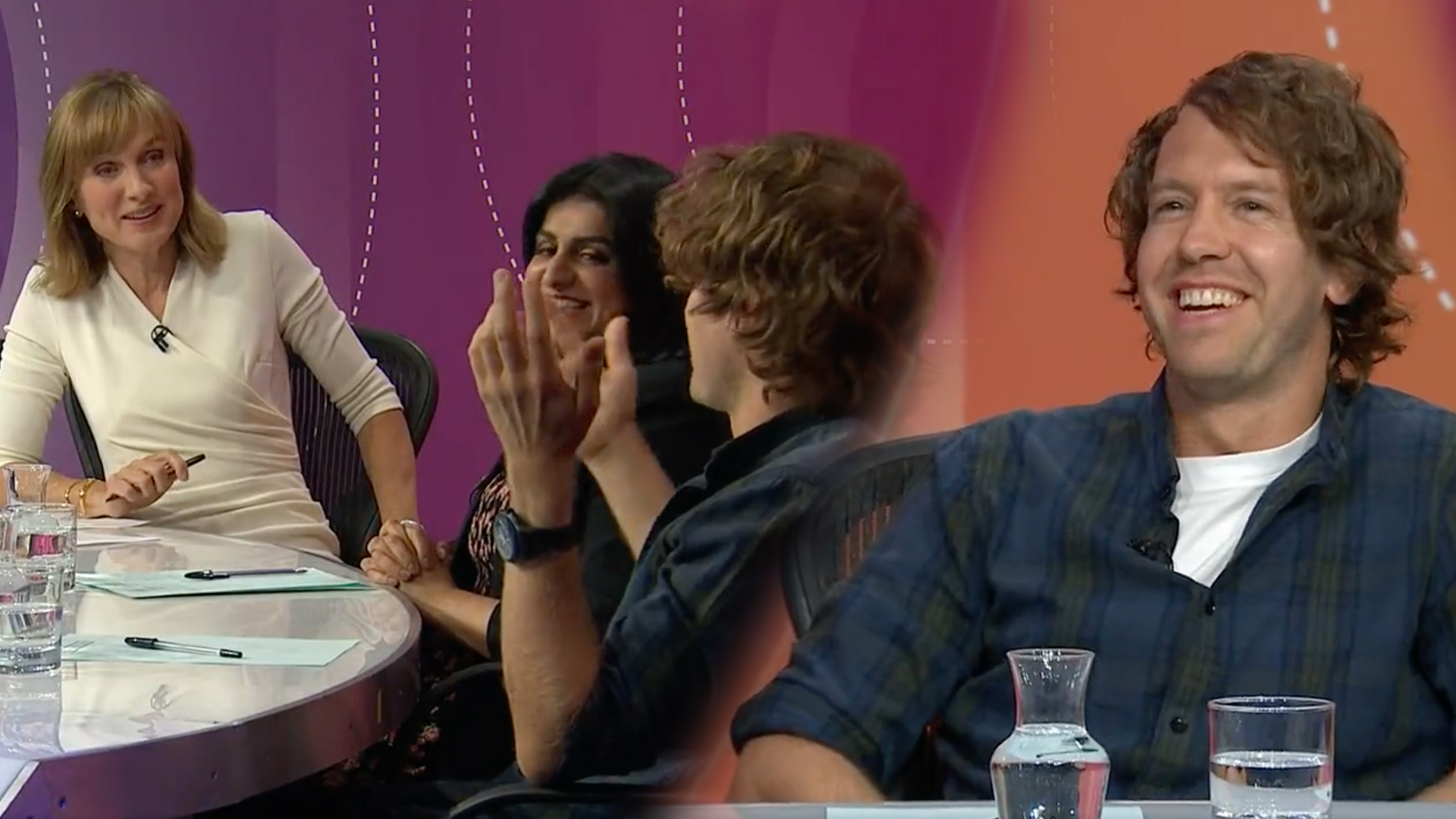