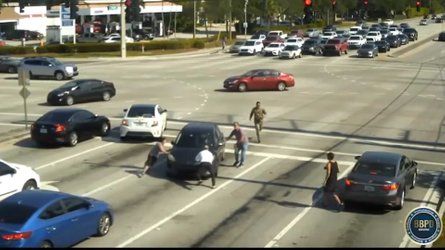 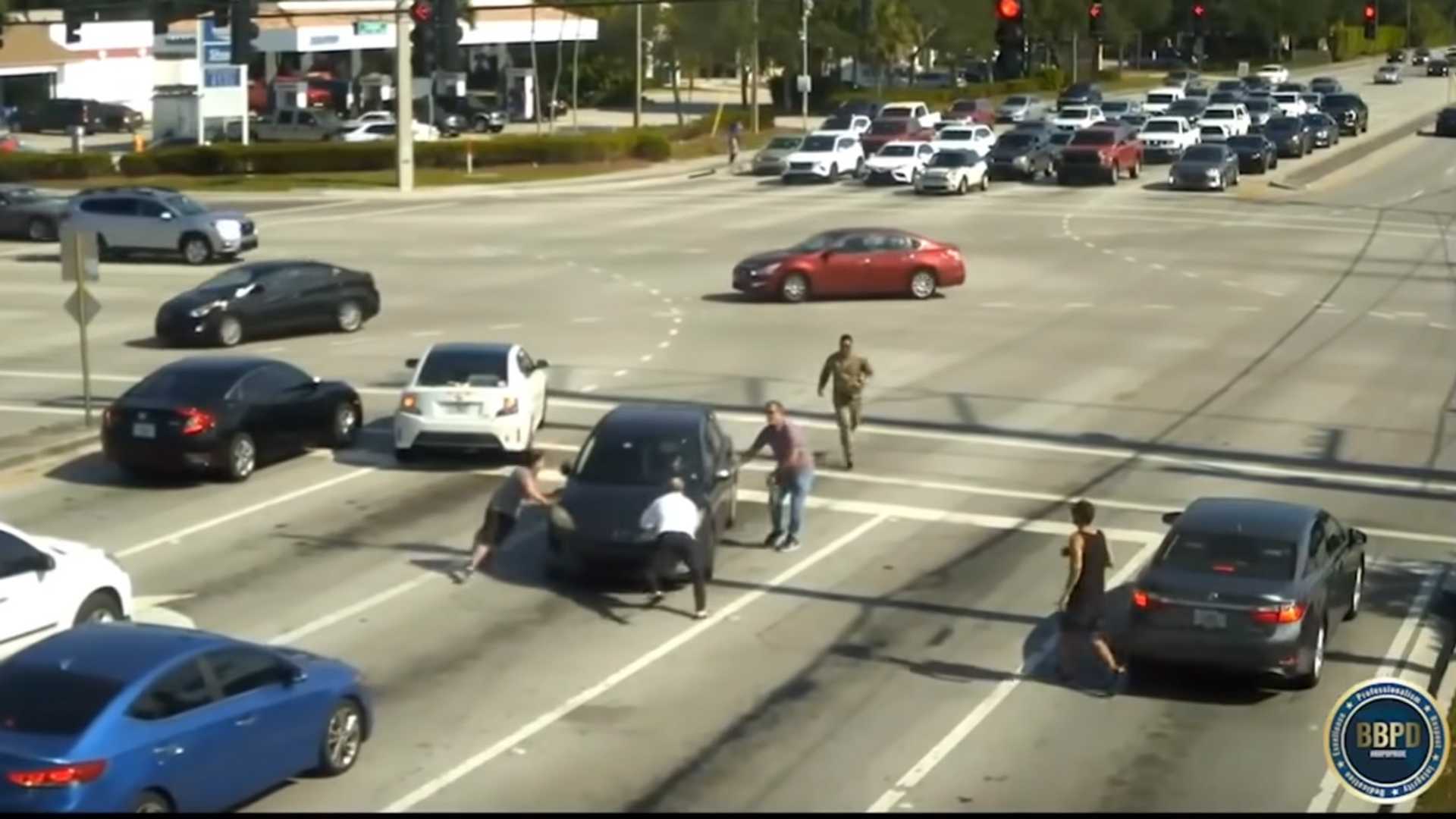 We have a dramatic video from south Florida where last week, a woman suffered a medical emergency while stopped at a busy intersection. We’re very happy to report that everything ended well with no injuries, and the driver was okay. The quick action of numerous good samaritans saved this situation from turning into a tragedy.

The incident occurred on May 5 in Boynton Beach, approximately 60 miles north of Miami. A traffic camera at the intersection of Congress Avenue and Woolbright Road captured the action; the video starts with what appears to be a second-generation Mazda3 slowly rolling diagonally into the intersection. According to WPTV, Laurie Rabyor was unconscious behind the wheel, having passed out due to a combination of blood-pressure medication and fasting for an upcoming medical procedure.

The time stamp on the video reads 4:40 pm local time, indicating this was happening at the beginning of evening rush-hour traffic. With heavy traffic in multiple lanes all around, we see a silver Ford Explorer barely miss the drifting Mazda. Fortunately, one of Rabyor’s co-workers was in a nearby car and saw her slumped over the wheel. She ran into the intersection, chasing the car while getting the attention of other motorists. From there, several others sprang to action. The group managed to stop the car just after crossing the intersection, facing oncoming traffic.

That’s only part of the story, however. With Rabyor unconscious and locked inside, there was no way to reach her or secure the car. One person is seen punching the window. Another person brings a dumbbell, which is used to finally break the glass. While this is going on, others continue to hold the car in place until it’s out of gear. One of the citizens was a nurse, who administered first-aid to Rabyor until paramedics arrived.

Some might find it a bit sad that so many drivers continued on despite an obvious emergency taking place, but those who stepped up absolutely saved the day. The Boynton Beach Police Department released the video of the incident in hopes of finding the good samaritans and honoring them, and they succeeded. According to WPTV, a special ceremony took place today.

Rabyor was fine, there were no injuries, and as far as we can tell, the only damage was the Mazda’s busted window. All in all, it’s hard to imagine a better outcome for such a potentially catastrophic situation.

Ever Seen A Left-Hand Drive R34 Nissan GT-R Before?

Volkswagen Aero B Spied As A Swoopy Tesla Model 3 Competitor

Ever Seen A Left-Hand Drive R34 Nissan GT-R Before?

Volkswagen Aero B Spied As A Swoopy Tesla Model 3 Competitor