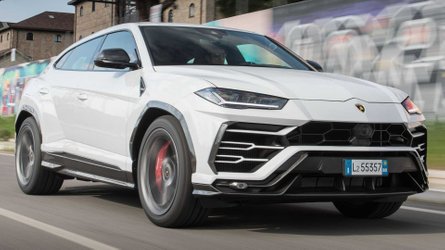 The Lamborghini Urus is among the most powerful and expensive SUVs currently on sale. This, apparently, is not enough for some customers as the Italian company is developing a more hardcore version, which is expected to debut later this year. If you were hoping for a fully electric version, though – we will have to disappoint you. It’s probably coming but most likely, not with this generation of the Urus.

Drive recently had the chance to sit down with Lamborghini design boss Mitja Borkert and talk about many different topics. Among them was a question about a potential zero-emissions variant of the super-SUV, to which Borkert initially confirmed the EV but then walked back a little.

“Sooner or later the Urus will be going electric… to be honest, the regulations in the world and also the social acceptance – the trend is going in this way for sure,” the designer told the Australian publication. “I’m not saying right now that the Urus successor is going electric, but for these kinds of cars electrification makes more sense.”

It’s difficult to tell what exactly Borkert’s words mean but we can tell the executives from Sant’Agata Bolognese are at least considering an electric Urus. It seems certain that it won’t be ready with this generation of the model. This probably means – given the fact that its successor won’t arrive before 2028 – we will have to wait at least until the end of this decade to see the Urus EV.

As far as the rest of Lamborghini’s lineup is concerned, Borkert confirmed the company will offer combustion power for as long as it is possible from a legal standpoint. The switch to electric powertrains, however, is inevitable. “People at the moment are still trained that V10 is emotional, but I don’t know if in forty years the young kids will still be happy with this. I’m also someone who is in love with the combustion engine, but I’m not fearing the move to electric.”

CATL To Supply Ford, BMW, And Others With Batteries From North American Plant

CATL To Supply Ford, BMW, And Others With Batteries From North American Plant