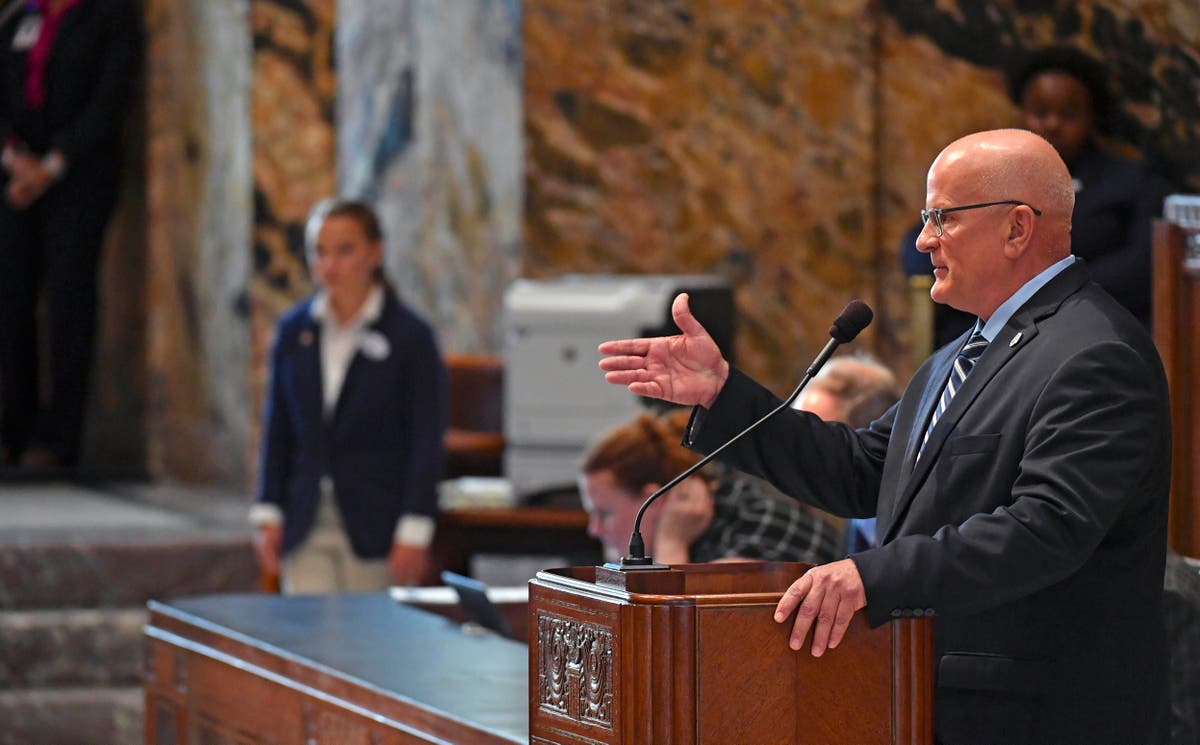 Louisiana legislators have gutted a bill that would put abortion patients in jail and criminalise fertility treatments, miscarriages and certain forms of birth control if signed into law.

The bill faced widespread condemnation, including from anti-abortion groups and the state’s anti-abortion Democratic governor John Bel Edwards, after it passed through a committee within 48 hours of the publication of a leaked draft opinion from the US Supreme Court that signalled the end of Roe v Wade and constitutional protections for abortion care.

On 12 May, the state’s House of Representatives voted to amend House Bill 813 to strip out language that would classify abortion as homicide.

The bill sought to redefine “person” under criminal code to begin the moment an embryo is fertilised, part of an “abortion aboliton” campaign among anti-abortion legislators and activists across the US emboldened by the Supreme Court’s likely decision.

The bill’s author, Republican state representative Danny McCormick, said he was “proud and honoured” to bring the bill to the House, asserting that “abortion is murder, and as lawmakers we have a responsibility to end it”.

Before debate, the state Capitol was briefly evacuated after an unattended package was discovered near the chamber, where anti-abortion activists had preached and demanded legislators pass the bill as written.

State legislators in Louisiana’s House of Representatives effectively rewrote the bill to mirror similar anti-abortion legislation making its way through the state legislature.

The amendment passed and Rep McCormick then withdrew it from the floor.

Republican state Rep Alan Seabaugh, who initially supported Mr McCormick’s bill in committee, apologised to legislators for failing to amend the bill before it came up for a debate in the full House.

See also  Who Is ‘Wagatha Christie’? Let Us Explain.

He condemned the bill, saying it “makes criminals out of women” and does not prevent abortion.

“If we had done our job in committee… we could have avoided this,” he said. “It looks like Roe v Wade is about to be overturned… We should be celebrating together, embracing each other as brothers in Christ.”

Anti-abortion legislators, however, are likely to approve a similar bill which imposes prison time and fines for healthcare providers for abortion care. Earlier this year, they had rejected legislation that would explicitly prohibit abortion patients from facing criminal charges.

Senate Bill 342, the “Reaffirmation of Human Life Protection Act” co-sponsored by anti-abortion Democratic legislator Katrina Jackson, would impose a maximum of 10 years in prison and fines of up to $100,000 on abortion providers in the state once abortion is outlawed.

That bill will be heard by a legislative committee on 17 May.

Patients in the state are already prohibited from using telemedicine appointments for prescriptions for medication abortion, the most common form of abortion requiring a two-pill combination of mifepristone and misoprostol.

Proposed legislation would also ban abortion medication to be shipped into the state.

Louisiana patients would have to travel farther than patients in any other state to seek legal care, if abortion is made illegal.

Similarly restrictive laws are in place across the US south. The nearest states for legal care are Illinois, New Mexico and Colorado.

Biden says GOP senator who called him ‘incoherent, incapacitated and confused’ has a problem

Biden says GOP senator who called him ‘incoherent, incapacitated and confused’ has a problem