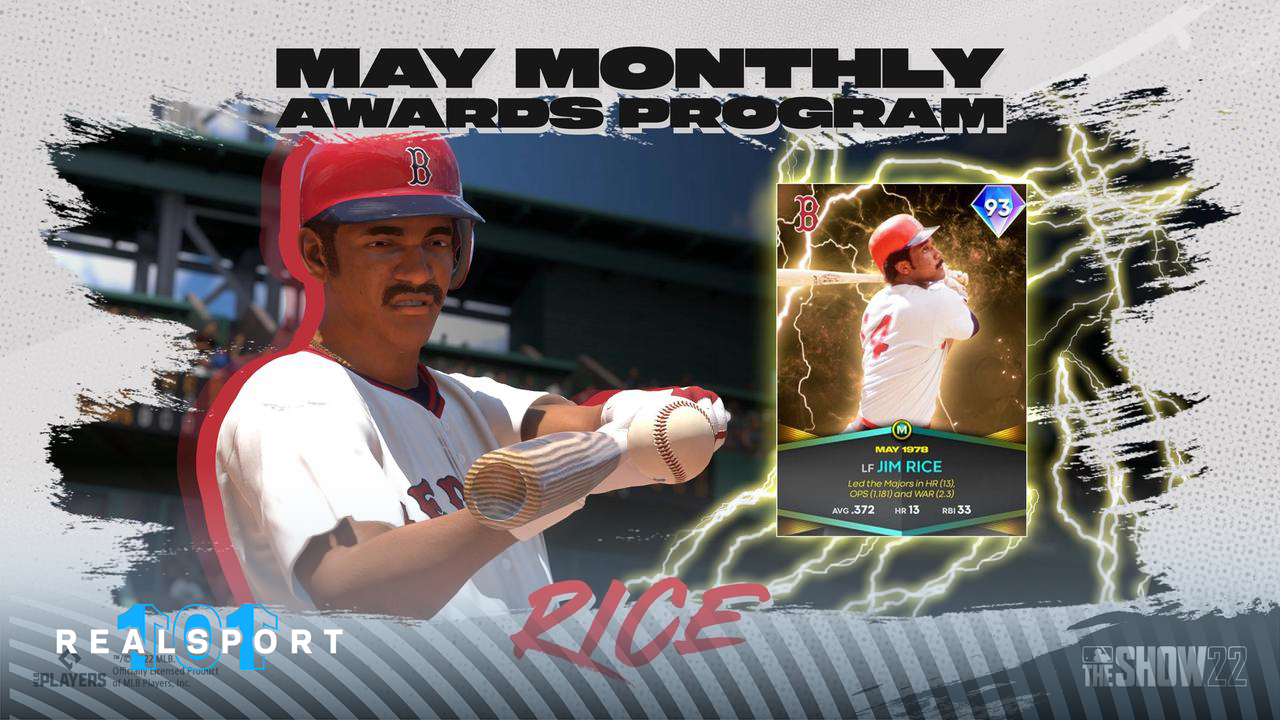 MLB The Show 22 continues to bring new content to Diamond Dynasty, and the arrival of May Monthly Awards means a new Lightning Legend.

This time it’s someone who is brand new to the Legends Roster, and there’s no doubt many will want this Red Sox Hall of Famer on their squad in MLB The Show 22.

The first reward from the May Monthly Awards Program is now official, and it means we’ll once again have a Lightning Legend up for grabs.

Jim Rice joins MLB The Show 22 for the first time and becomes the latest member of the extensive Legends Roster.

This new Lightning Legend Monthly Awards card celebrates his spectacular run in May 1978 where Rice led the MLB with 13 Home Runs, a 1.181 OPS, and 2.3 WAR.

That was one of the many years when Rice finished as an All-Star, but it was also the year he was named American League Home Run Leader, RBI Leader, and AL MVP.

Unfortunately, a good year on path for the World Series went sour later that year as the Red Sox were ahead of the rival Yankees until a series in September that would become known as “The Boston Massacre.”

The Yankees swept all four games of the series with a combined score of 42-9 to tie the Red Sox record and later squeak their way towards an eventual World Series win over the Los Angeles Dodgers.

How to Unlock Lightning Legend Jim Rice in Diamond Dynasty

There’s good and bad news on how you’ll be able to snag this card, and the bad news is that it’s not actually possible just yet.

Like last month, we expect the May Monthly Awards Program to put the Lightning Legend at a later stage which won’t be reachable until more Topps Now players are revealed.

The good news is that the program itself should consist largely of Moments with the various Topps Now cards that get added, and this new Jim Rice will be available once more cards are revealed.

However, they may do a repeat of the last drop and add this new Monthly Awards Jim Rice to the draft selection pools in Battle Royale.

That’ll likely be the first way players can try out Jim Rice in Diamond Dynasty, as his card won’t be acquirable in the program for at least a few weeks if not until early June.

Lewdle Answer and Word Of The Day For Today, Monday, May 9

Italian winger leaked for FREE Team of the Season card

Lewdle Answer and Word Of The Day For Today, Monday, May 9

Italian winger leaked for FREE Team of the Season card