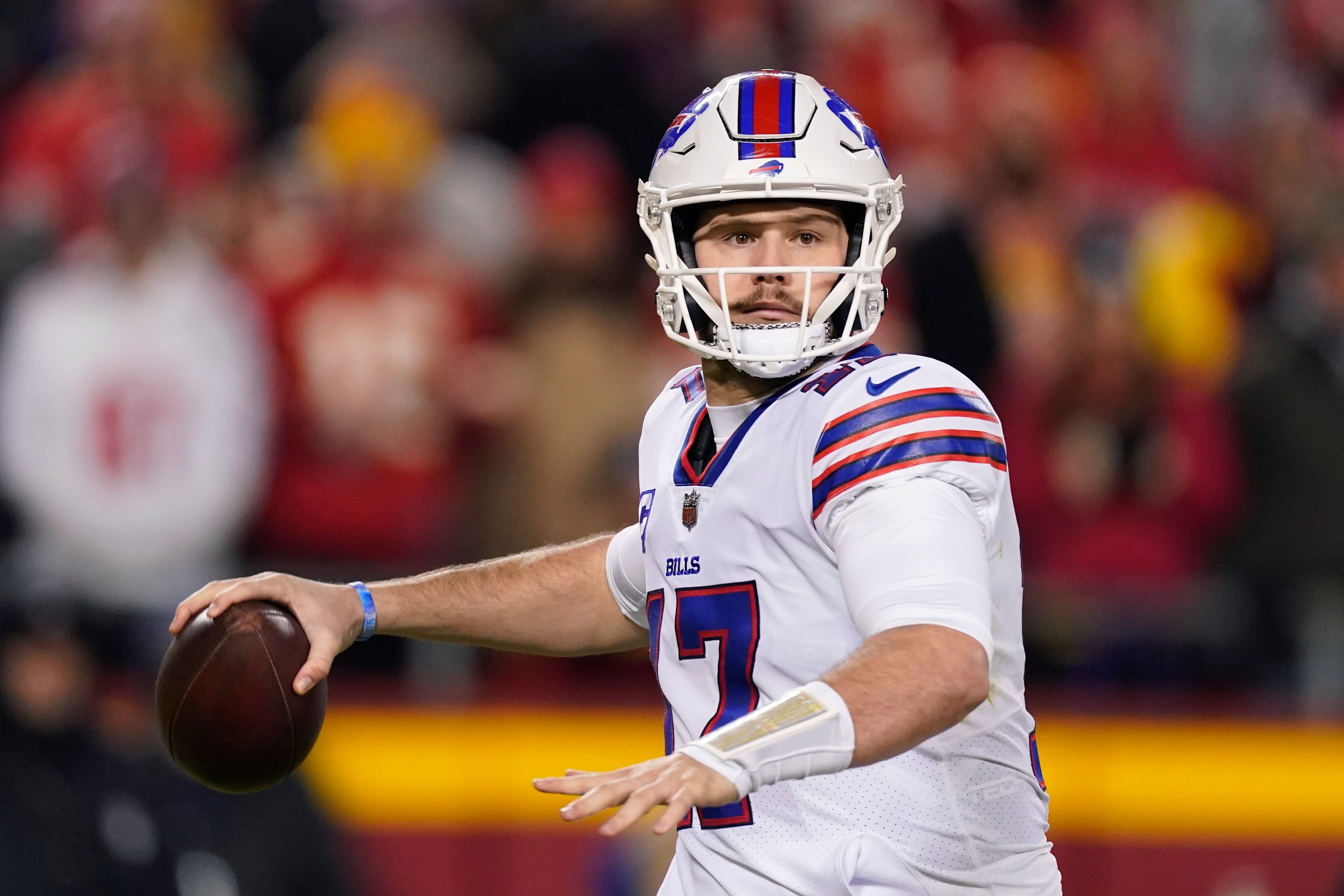 For the intriguing season-opener Sept. 8, the reigning champion Los Angeles Rams are one-point favorites over the Super Bowl-favorite Buffalo Bills at SoFi Stadium.

The game’s over/under is 52.5, as set by Las Vegas Superbook.

“We started putting up numbers as the schedule leaked, and when we saw that game, whoa, that’s quite the opener,” Las Vegas SuperBook’s Jay Kornegay said.

NFL SCHEDULE RELEASE:10 of the most intriguing matchups of the 2022 season

NFL NEWSLETTER:Sign up now to get football news delivered to your inbox

The bettors’ attention on that game will be vibrant, but Kornegay said he and his trading staff feel confident the opening number is valid barring unforeseen developments during the preseason.

The opening “Monday Night Football” game Sept. 12 will mark quarterback Russell Wilson’s return to Seattle, where he won a Super Bowl. Wilson and his new Denver Broncos teammates are favored by 3.5 points, and the game’s total, at 41, is a reflection of the stout defenses involved.

“The NFL proved it has a sense of humor with that one,” Kornegay said.

Although drama will be high, bookmakers stayed locked in on their power rankings and devalue the effect of the personal feelings.

“We understand it will be emotional for Wilson and the fans, and the number might go up because of it, but we thought 3.5 is the right number for now because emotions aren’t part of the process,” Kornegay said.

The first Sunday is dotted with compelling showdowns, headed by Tom Brady and the Tampa Bay Buccaneers venturing to the Dallas Cowboys on “Sunday Night Football.” The Buccaneers are favored by 1.5 points, with the total at 52.

“I can see why that’s a Sunday night game — two marquee name-brands with a lot of storylines,” Kornegay said. “We had some pick-ems and ones in our room, now I see 2.5 elsewhere. But no one’s moving our 1.5. We’ll stick with that. The Bucs have a tough schedule to start, but we know Tom Brady will be healthy in Week 1.”

The Miami Dolphins’ bold push toward contention by adding former Kansas City Chiefs receiver Tyreek Hill makes them a three-point favorite over the visiting New England Patriots. The total is 45.

In other intriguing divisional matchups:

“That revenge factor is not part of our process,” Kornegay said. “The Chargers are like the sharp guy’s sexy pick to make a run toward the championship.”

“Going into Minnesota is never a joke for the Packers, and the Vikings are a capable team,” Kornegay said. “That’s one of those games where we know we’ll have more tickets on the Packers than the Vikings, but the sharp money will keep them in check.”

Does the Bengals’ number show a swing in the balance of AFC North power?

“The quarterbacking has changed in that division,” Kornegay responded. “I don’t know where the Steelers are going to go (after drafting Pittsburgh’s Kenny Pickett to replace Ben Roethlisberger). Maybe that number’s a shock to the eye, but when you look deeper, you see the difference in the two teams.”

“Home-field advantage has declined as teams travel better, with better accommodations, luxury planes, and we see here how the value of home field has really been reduced,” Kornegay said.

Indianapolis standing as the week’s biggest favorite while on the road further illustrates the point.

“The Colts were underachievers last season, and a lot of that was because of their quarterbacking (with Carson Wentz),” Kornegay said. “A change of scenery might do (former Falcon) Matt Ryan well, not to mention that great running game and going against a rebuilding Texans team.”

As for Chiefs versus Cardinals, Kornegay sees that outcome as a watershed event for teams that closed with disappointment last season.

“The Chiefs are still loaded. They’ll miss Hill, Mahomes will. He was a game-changer,” Kornegay said. “Now, the other receivers will have to step up. I think in that team’s eyes, they have a chip on their shoulder to get it done after not doing it the last two seasons, and that’ll rub them the wrong way.

“The Cardinals began as overachievers, then slumped. So this is a very important tone-setting game in the locker room for two teams capable of making a run.”

In another Week 1 game:

Three high-profile Week 2 games were previously announced by the NFL, starting with a Thursday night AFC West battle Sept. 15 between the Chargers and host Chiefs.

The Chiefs took a critical personnel hit by trading away Hill, who immediately burned the Chargers in their first-ever meeting against quarterback Patrick Mahomes.

And the Chargers beefed up their defense by trading for Khalil Mack and signing cornerback J.C. Jackson.

Kansas City’s favored thanks to Mahomes – whose MVP odds are +750 compared to the Chargers’ quarterback Justin Herbert at +1000 – and because the Chiefs most recently outlasted the Chargers during an overtime triumph at SoFi Stadium.

“The AFC West looks to be the (most competitive) division this year with arguably two of the best quarterbacks in the league dueling in the season opener,” Tipico spokesman Sunny Gupta said. “A slight edge is given to the Chiefs based on their veteran leadership and proven track record, but look for the Chargers to keep this game close as Herbert enters year No. 3.”

The Bills are Tipico’s Super Bowl favorite at +650, and Allen is the +650 MVP favorite.

“For good reason,” Gupta said. “The addition of Super Bowl champion and future Hall of Famer Von Miller should bolster this Bills defense. A heartbreaking loss in the playoffs last year will likely serve as further motivation for this team to get out to a strong start this season. Look for the Bills to have a statement game in Week 1 against a team who just lost their best receiver in A.J. Brown.”

A strong draft complemented by the acquisition of Brown helps the returning playoff-entrant Eagles, and Gupta touts, “there’s little reason to believe the Vikings have taken enough steps in the offseason to improve … look for the Eagles to cover.”

Gannett may earn revenue from Tipico for audience referrals to betting services. Tipico has no influence over nor are any such revenues in any way dependent on or linked to the newsrooms or news coverage. See Tipico.com for Terms and Conditions. 21+ only. Gambling problem? Call 1-800-GAMBLER (NJ), 1-800-522-4700 (CO).

Gloucester to seek compensation from Worcester over cancelled fixture

Gloucester to seek compensation from Worcester over cancelled fixture