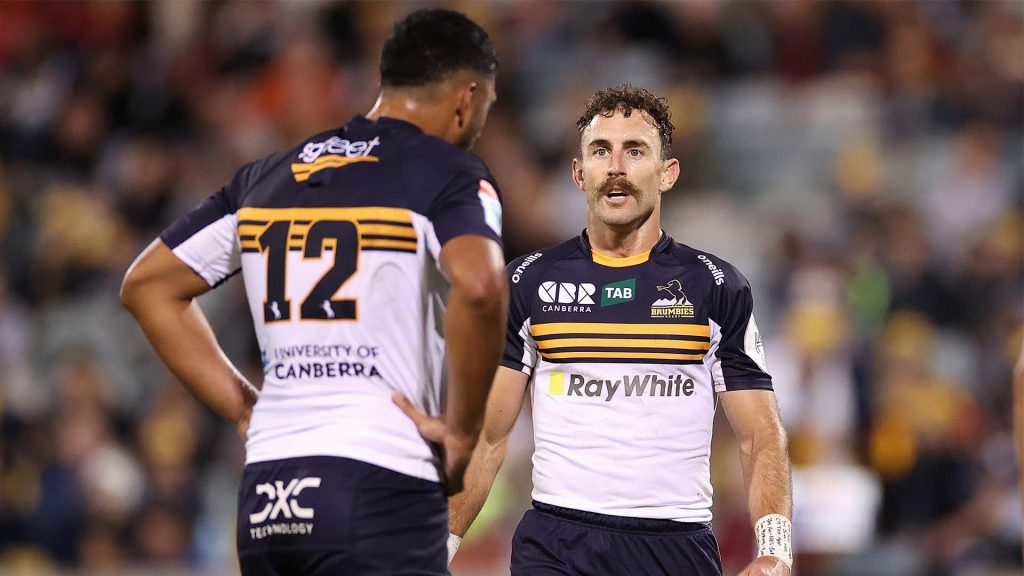 Captain Allan Alaalatoa has said that how the Brumbies respond to their second defeat of the Super Rugby Pacific season will be vital to their championship hopes.

His side were beaten 37-26 by the Crusaders on Friday night, but they have little time to worry about their latest defeat with the league-leading Blues headed to town next Saturday night.

However, the Brumbies prop said his side was clear on the reasons they had lost, with a string of early errors in their own half allowing the New Zealand-based side to build a 23-5 lead at half-time.

Alaalatoa admitted that if they made the same errors against the Blues, they could expect a similar score.

“Whether we’ve bounced back off a loss is going to be huge, we want to see a change in intensity throughout the week,” he said.

“We obviously know the Blues are in some good form, we’ve just got to make sure (we improve) with errors and our physicality.

“We’ve just got to make sure we’re clear on those learnings and how we can turn that around because if we do the same thing again next week, we’ll probably be in same situation.”

Brumbies made a dream start when Irae Simone scored within four minutes, but it was the last time they would be in front.

But in other areas they matched the powerhouse Crusaders, scoring three tries to two and controlling much of the play in a strong second stanza.

See also  RR vs DC: It Was A Tough Game – Mitchell Marsh After Winning MoTM vs RR

Alaalatoa said his side’s improved physicality had rattled their opposition.

“We just can’t make too many errors down our end,” he said.

“We were tackling well, but we’d just back that up with an error, some ill- discipline … that’s our biggest learning out of tonight.

“What allows us to get the momentum back is winning the collision. We lost that in patches, but when when we saw the back end of the game and we were winning that, we were on the front foot.”

Shastri to Pant: Bat in the ‘Russell mode’

Shastri to Pant: Bat in the ‘Russell mode’