Rafael Nadal is without a clay-court ATP title for the first time since 2004! 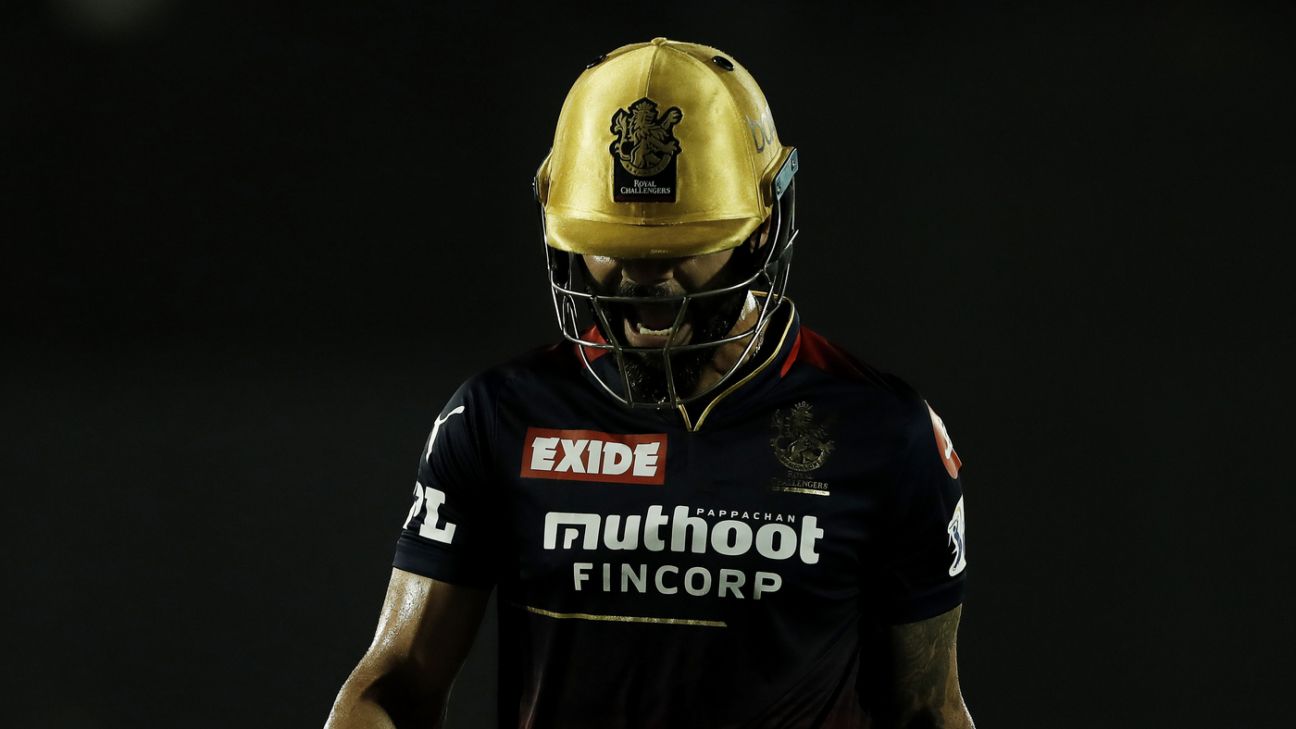 The defeat against Punjab Kings and its margin means that Royal Challengers Bangalore are now officially on a sticky wicket in their quest for qualification to the playoffs. Even if they win their last match – against current table-toppers Gujarat Titans, no less – and finish on 16, they will still need other results to go their way, because there is one scenario where three teams could finish on more than 16 points (Titans, Lucknow Super Giants, Rajasthan Royals), and three others on 16 (Royal Challengers, Delhi Capitals, Sunrisers Hyderabad). Since Kings play both Capitals and Sunrisers, they can’t all be on 16.

Given that Capitals already have a much better net run rate (0.210) and Sunrisers are ahead too (-0.031), one of those two teams will take the final spot in that scenario if all three end up on 16. That’s because even if Royal Challengers win their last game by 100 runs after scoring 200, their net run rate will only improve to 0.071.

Royal Challengers’ best chance will be to finish on 16 and hope that Capitals, Sunrisers and Kings lose at least one each and finish on no more than 14 points.

If Royal Challengers lose their last game then they will almost certainly be knocked out given their poor net run rate.

Kings have done their qualification chances no harm with that emphatic victory against Royal Challengers. Their net run rate has improved from -0.231 to 0.023, but they still have plenty of work to do to qualify. What makes their situation even more intriguing is the fact that their two remaining games are against the Capitals – who are also on 12 from 12 – and Sunrisers, who could join these two teams there if they beat Kolkata Knight Riders on Saturday.

Tigers outfielder sets MLB record for consecutive games without an error, but he doesn’t want to talk about it

Rohit Sharma: Tilak Varma will be an all-format player for India pretty soon

All the Australia state squads for 2022-23 season

Tigers outfielder sets MLB record for consecutive games without an error, but he doesn’t want to talk about it

Rohit Sharma: Tilak Varma will be an all-format player for India pretty soon