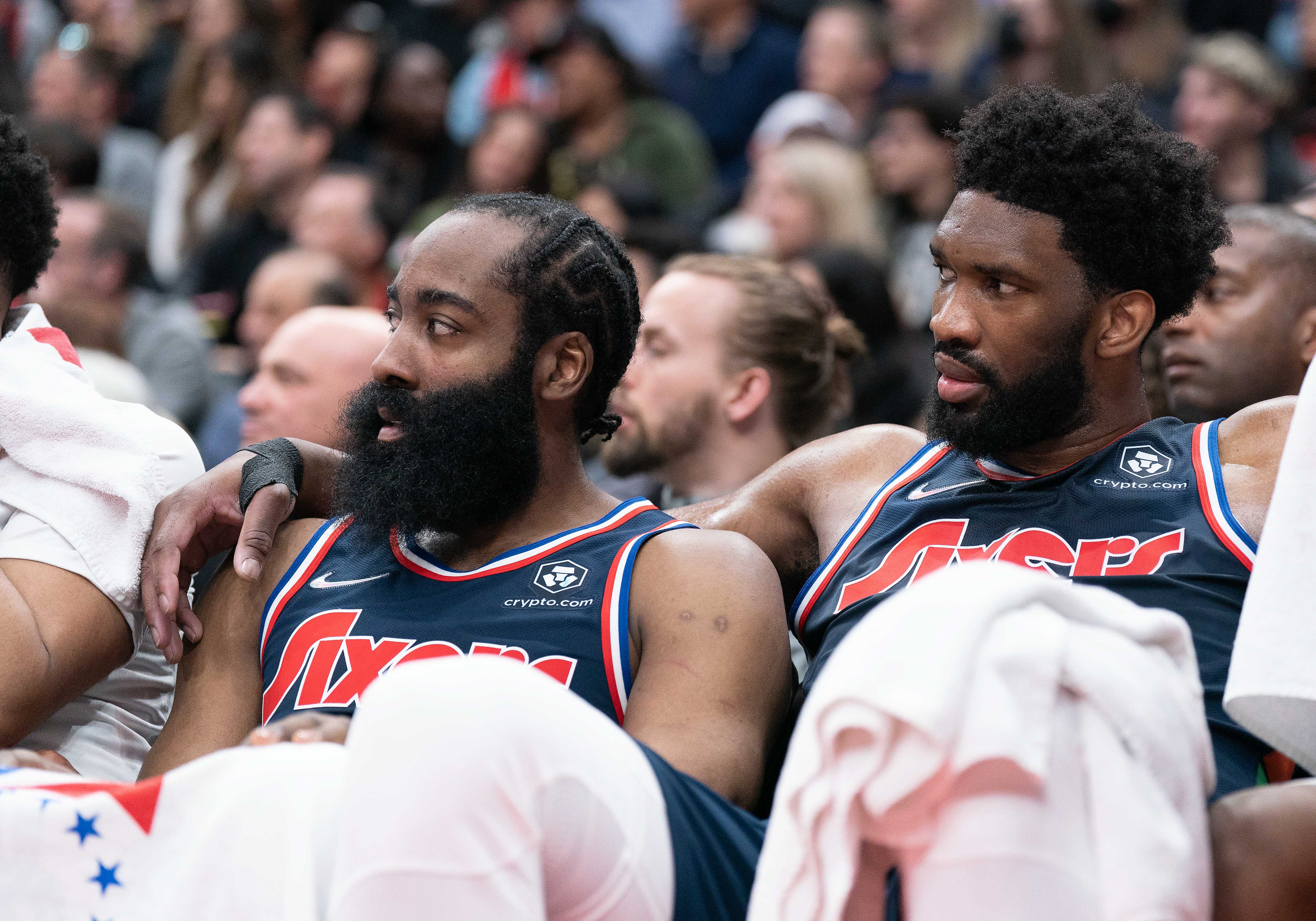 After an embarrassing playoff exit to the Atlanta Hawks last season, Ben Simmons demanded a trade and never suited up for the Sixers again. They managed to stay afloat throughout the year thanks to another Joel Embiid MVP-caliber season, Tyrese Maxey’s ascension, and turning a Simmons on strike into James Harden. Going from the early season Simmons saga to making a significant mid-season trade and winning a playoff series should be considered a successful season.

The Sixers will now have the opportunity to reshape the roster around their new star duo after moving off several key role players in the trade for Harden. Along with negotiating a new contract for him, they will also need to make some decisions on other key role players and improve the roster through trade and free agency. 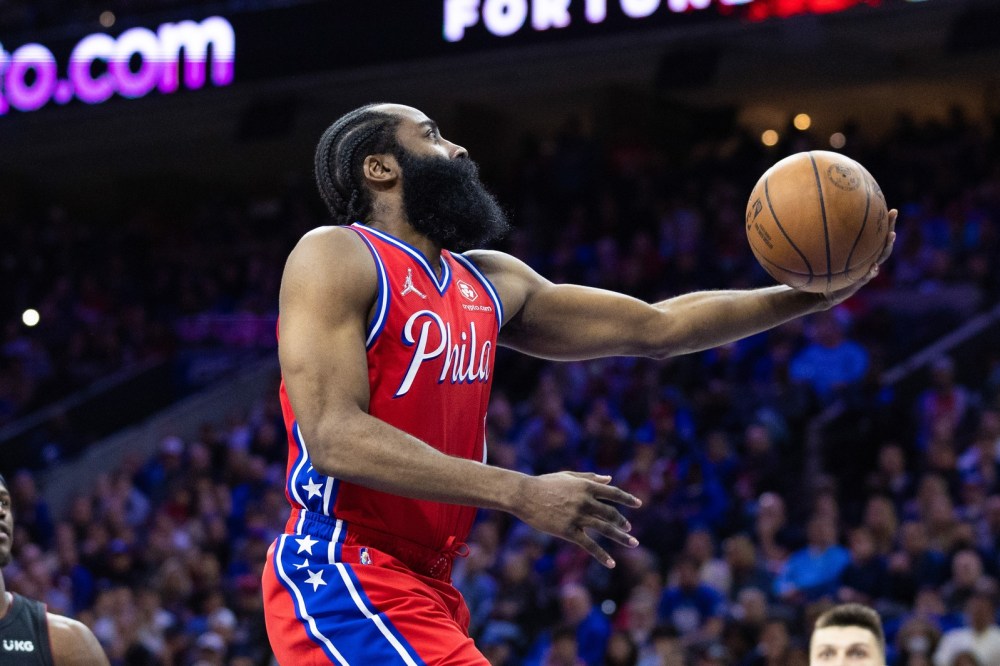 James Harden has a $47.4 million player option heading into next season. If he exercises it, he would become eligible to extend with the Sixers for up to four years, $222.8 million starting on August 10, 2022. It was previously reported that he planned on exercising the option but it appears that he will decline it and enter free agency instead. If he does that, Harden will be eligible to re-sign with the Sixers for up to five years projected at $269.9 million. If he were to join a new team via free agency, he would be eligible for up to four years, $200.1 million.

When the Sixers acquired Harden, they were essentially putting themselves in a position to lock him into a long-term deal this offseason. The 32-year-old guard is still playing at an All-Star level but has shown a bit of regression from his “All-NBA, no-brainer top shooting guard in the league” form. The question is, will Harden receive the full five-year maximum amount? Or could the Sixers get a little discount either on the years or annual salary?

The idea that Harden could re-sign for less than the maximum has made its rounds. The Sixers are already set to operate over the salary cap in the foreseeable future, especially with Embiid’s supermax extension set to kick in for 2023-24. They already have such limited means to improve the team going forward, and potential new deals for Tyrese Maxey and Matisse Thybulle will only make it harder. Harden taking less than the maximum would indicate a strong commitment to winning a championship since it would give the Sixers more avenues to make significant improvements within the next two seasons.

Regardless of Harden’s exact contract structure, he will still likely receive a salary that will keep the Sixers in the luxury tax for a third consecutive season. This would make them repeat tax offenders starting in 2023-24, which would elevate their tax payments significantly. Their luxury tax payment for that season could start as low as $65 million provided Harden is on a maximum contract or near it. 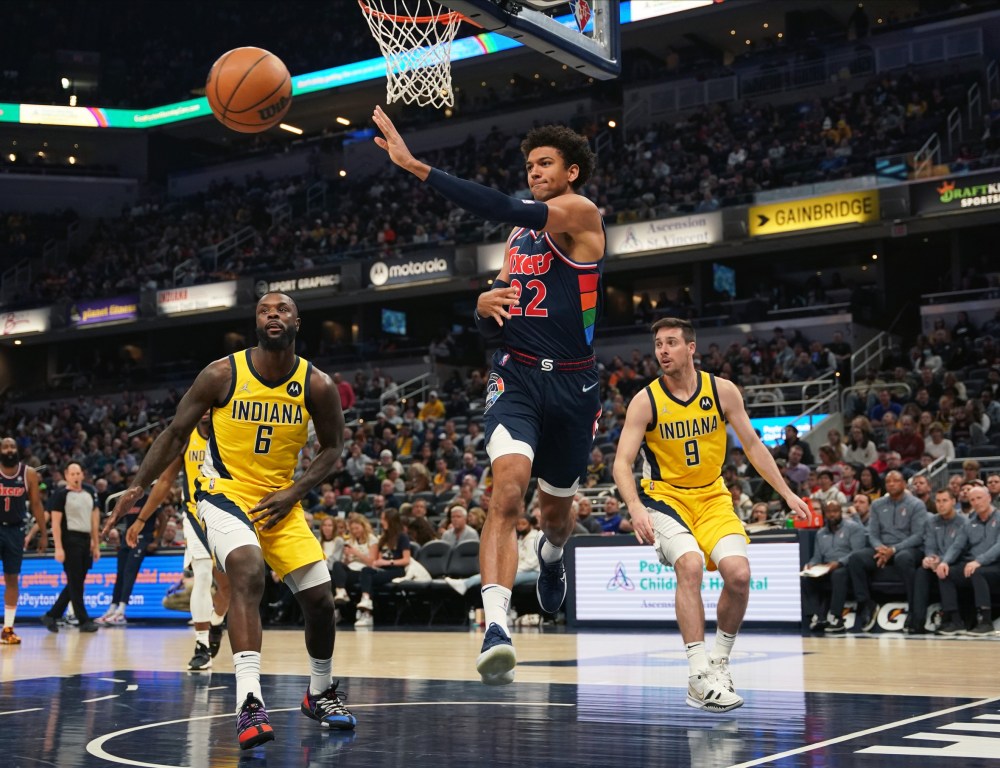 Third-year defensive specialist Matisse Thybulle will become eligible to sign a rookie-scale extension throughout the offseason. His negotiations will be very fascinating as we rarely see players with such a high defense-to-offense disparity get rewarded. The Sixers gave up arguably the best perimeter defender in the league in Ben Simmons and in theory, Thybulle is an excellent replacement to pair with the rest of their starters.

Thybulle is one of the best perimeter defenders in the league but was often a liability on the offensive end, especially in the playoffs. Any long-term deal with Thybulle would have to come with the confidence that he will at least improve his career 32 percent rate from the three-point line. How much defensive specialists like Bruce Brown and Gary Payton II get in free agency this offseason could influence negotiations for Thybulle. 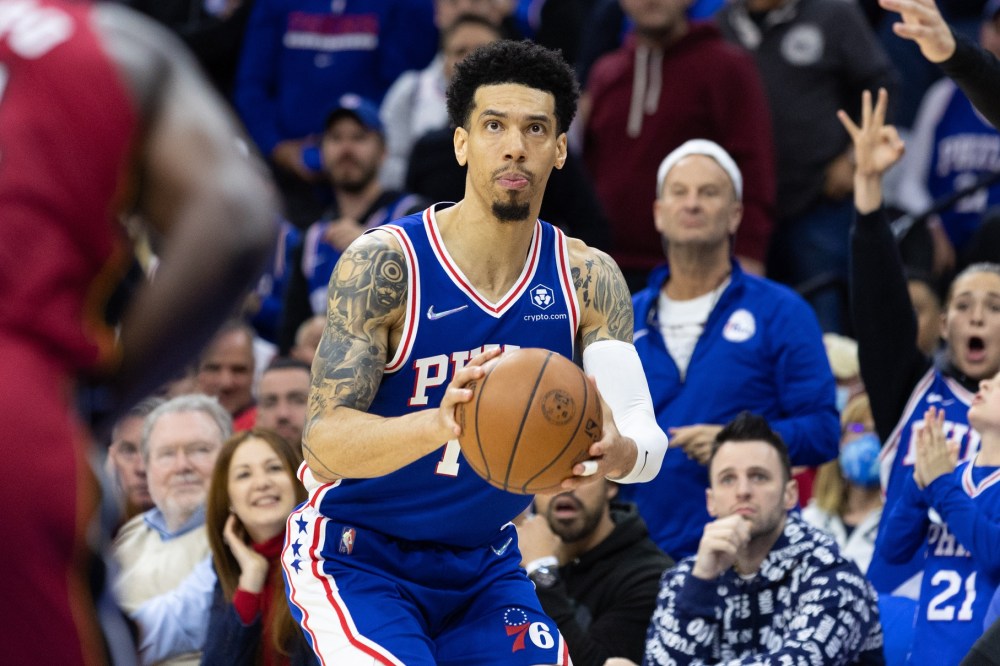 Philadelphia has several players with non-guaranteed contracts to make decisions on, primarily Danny Green. His $10 million salary becomes fully guaranteed on July 1, so what they do with him could be their first major decision to make. If they were to waive him, it could be so they could avoid the luxury tax and delay repeater status by one season. However, such a move could make them worse and they won’t have much means to replace him.

Isaiah Joe, Paul Reed, and Charles Bassey also have non-guaranteed salaries but have much later guarantee dates than Green. Shake Milton has a team option worth $2 million and it seems like a good bet the Sixers will exercise it. Declining it wouldn’t make him a restricted free agent since he already has four years of service. Waiving these players won’t give the Sixers any relief since they’re all on minimum contracts, so there’s a good chance all four of them stick around.

Green’s $10 million salary could serve as useful for salary matching in a potential trade. The Sixers are out of first-round picks to trade outside of a conditional 2029 first-round pick starting on July 1. With Maxey likely in their long-term plans, the return in a trade might be limited considering their lack of draft equity or appealing young players to offer. It will probably still be difficult to extract value for Tobias Harris since he still has $77 million over two years remaining on his deal.

The Sixers will also likely have the taxpayer mid-level exception (MLE) projected at $6.4 million. They can use it to sign a player for up to three years, $20.1 million. The backup center spot will likely be a priority as they struggled to get production behind Embiid after trading Andre Drummond. Some players they could pursue with it include JaVale McGee, Montrezl Harrell, Serge Ibaka, and Robin Lopez. 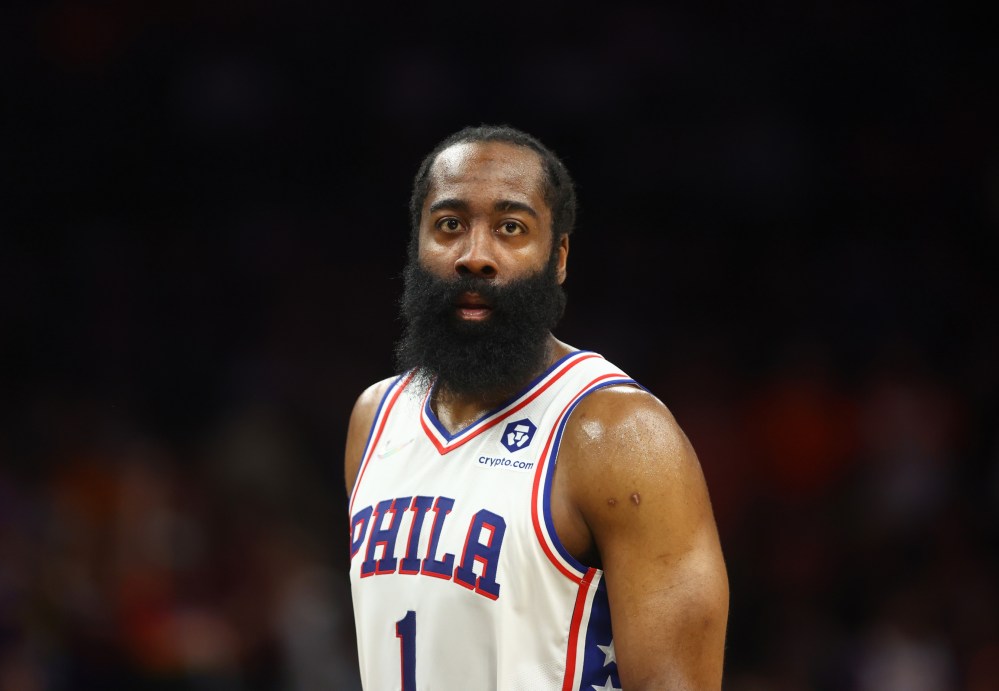 Additional notes: Harden can avoid free agency by exercising his $47.4 million player option, or declining it and extending by June 30th, 2022 for up to two years, $95.4 million.

If he exercises his player option, he can extend for up to four years, $222.8 million starting on August 10, 2022 when his trade restriction limiting his extension amount expires. 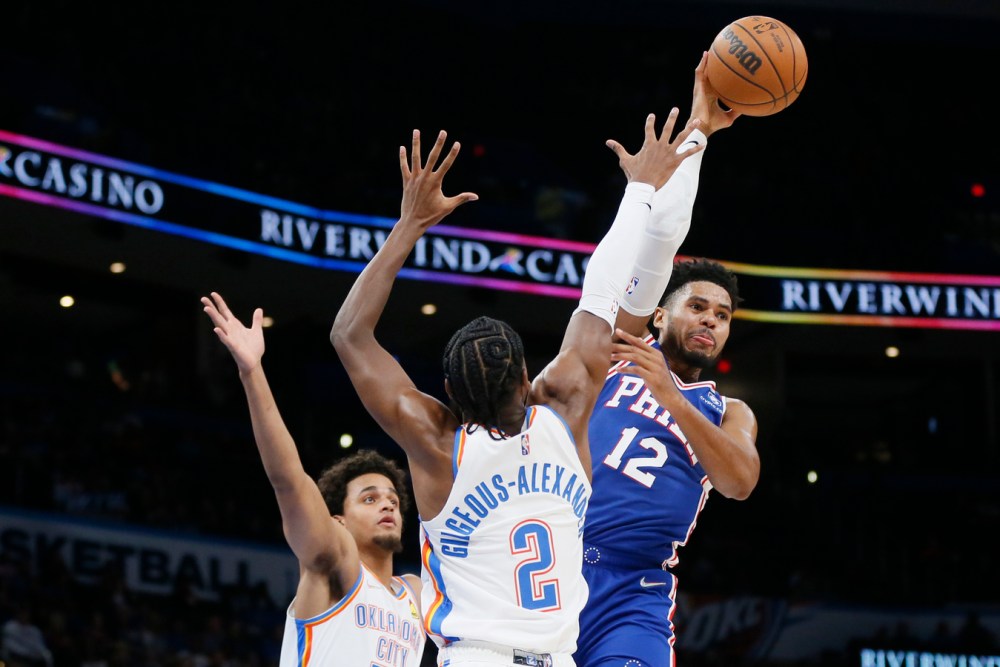 He is also extension-eligible during the offseason through the day before the regular season for up to three years, projected at $152.5 million. 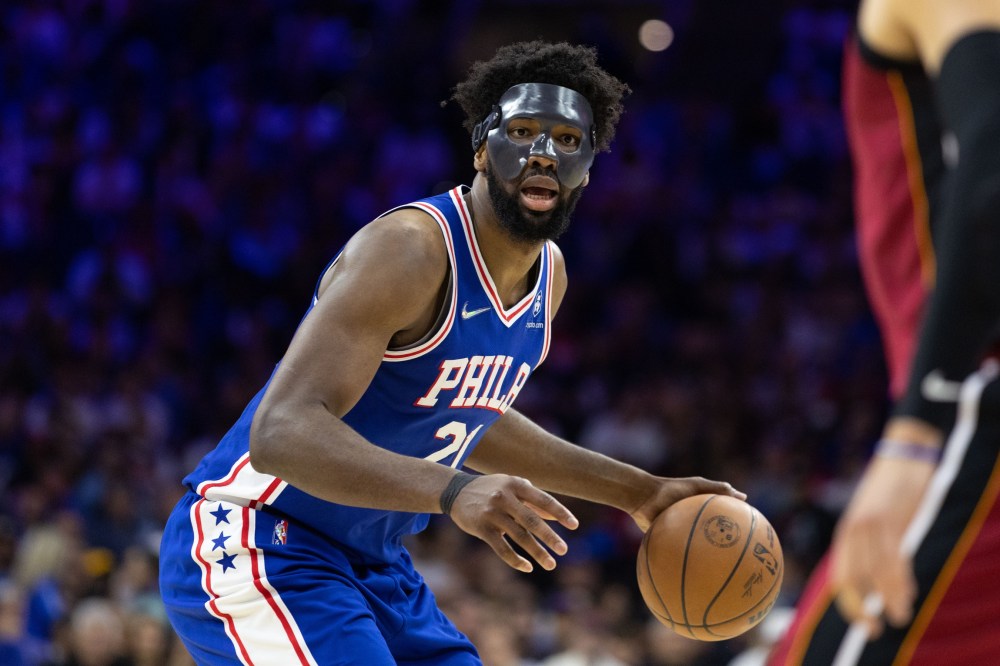 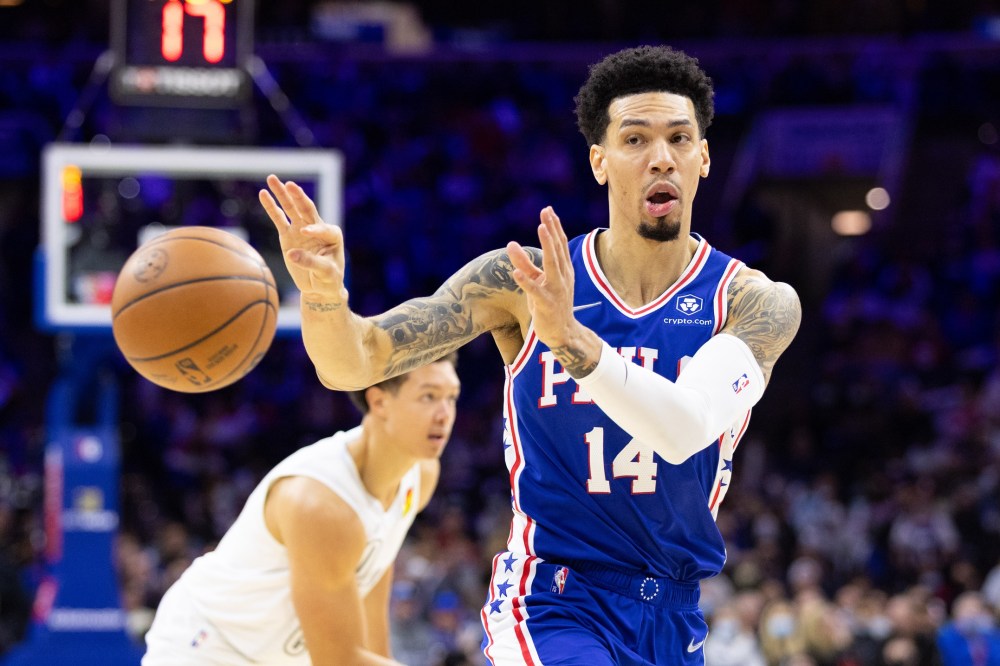 Additional notes: Green’s $10 million salary is non-guaranteed and becomes fully guaranteed if not waived by July 1, 2022. 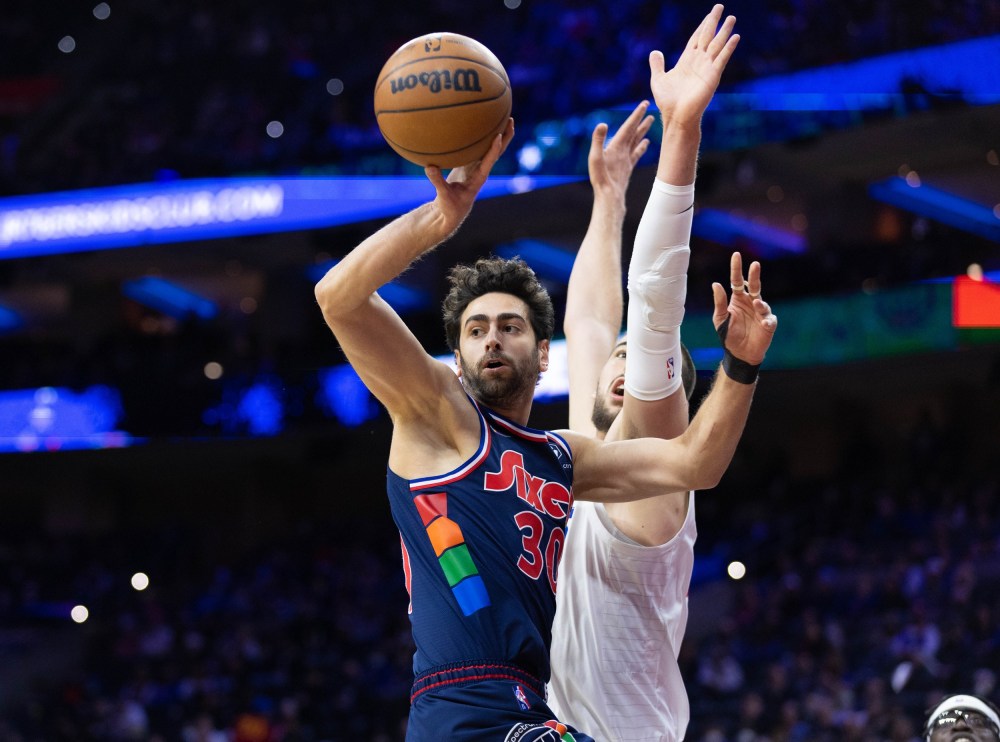 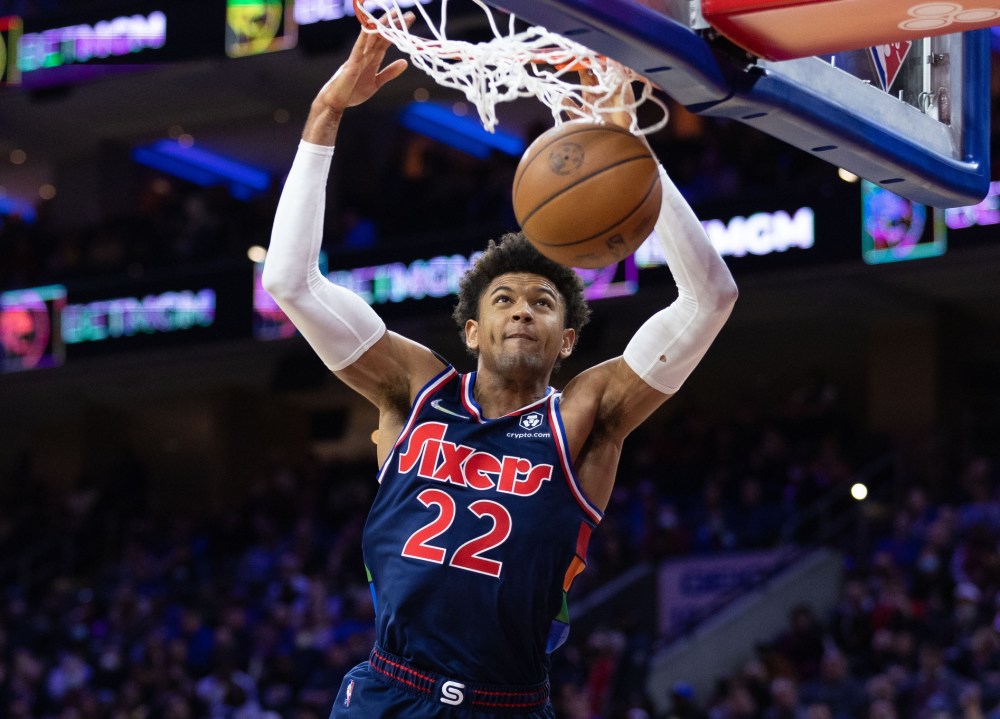 Additional notes: Thybulle is eligible to sign a rookie-scale extension through the day before the regular season. 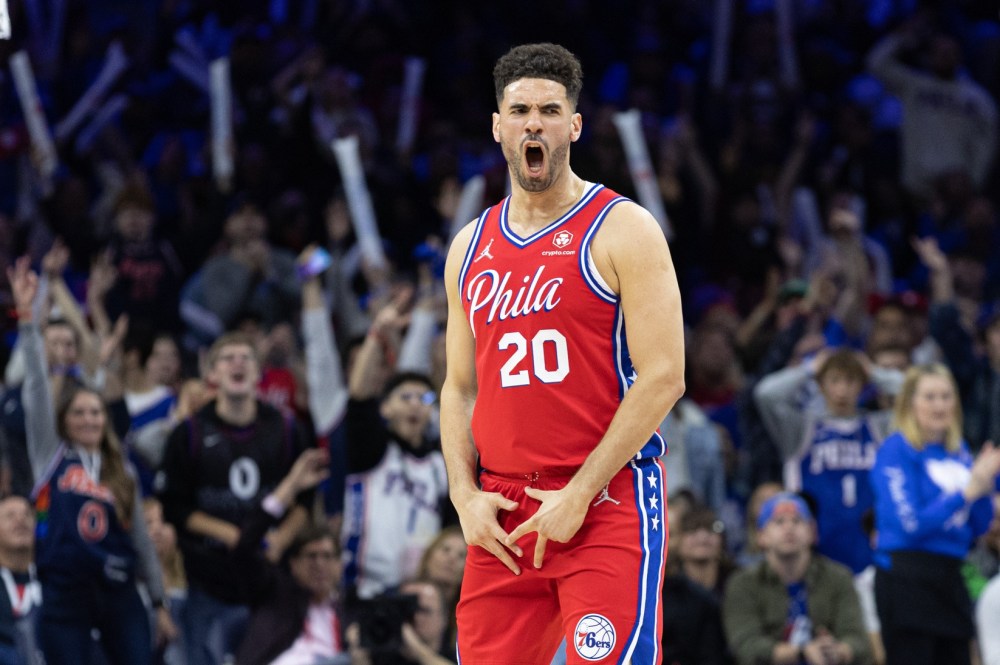 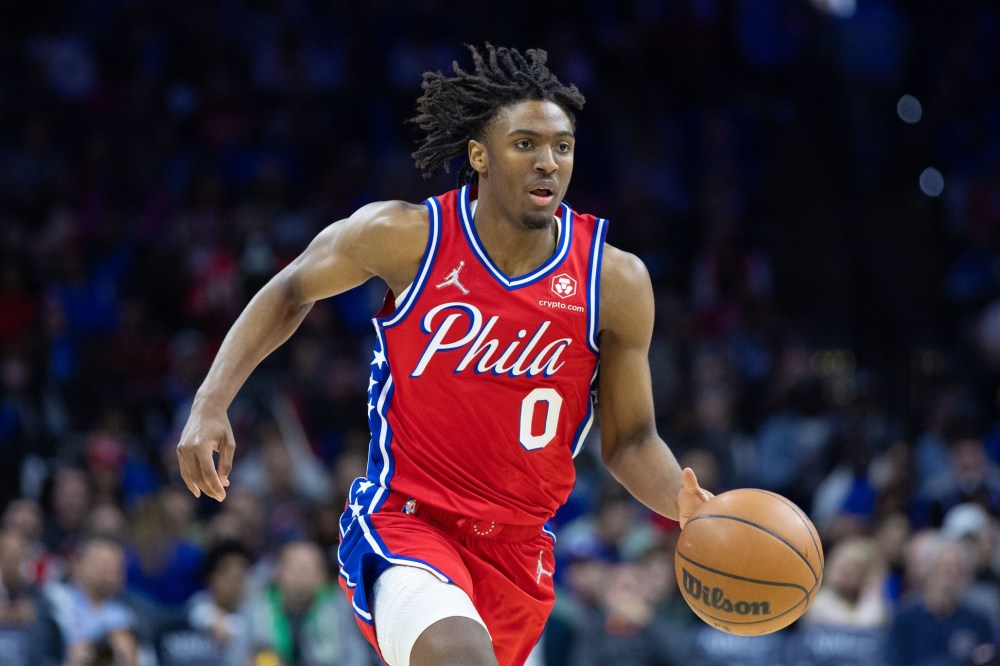 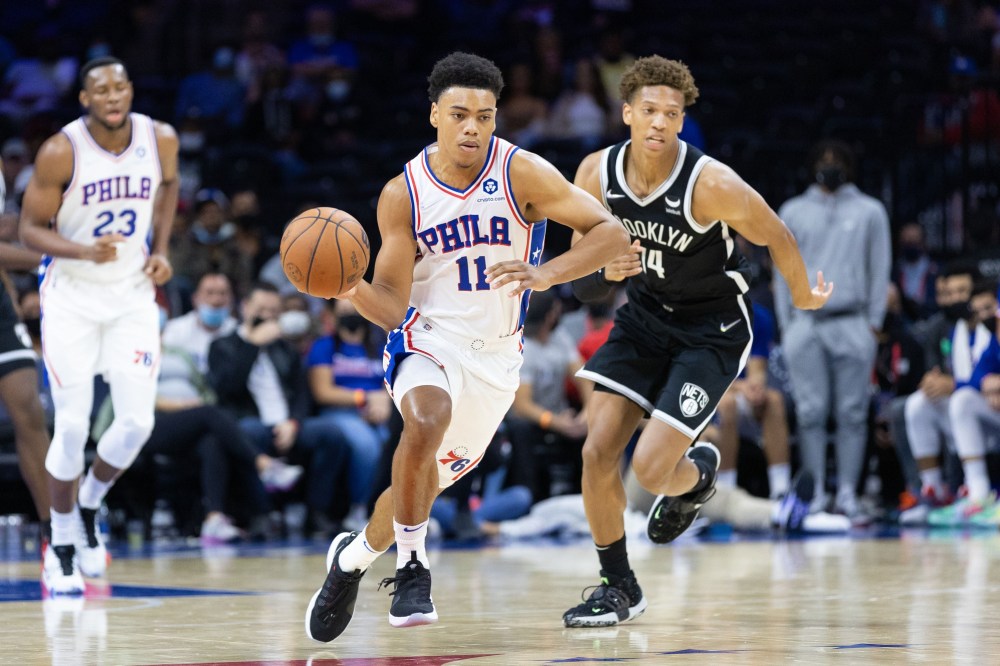 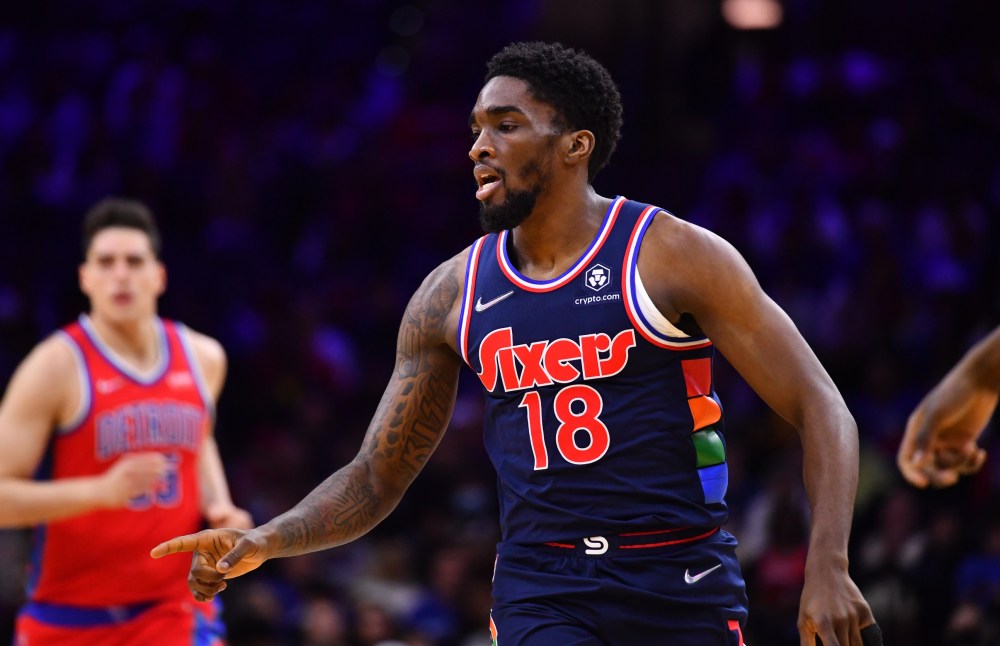 Additional notes: Milton is extension-eligible starting on July 6, 2022 through June 30, 2023 for up to four years, projected at $59 million, assuming his team option gets picked up.

He could also extend for up to four years, $55.6 million through June 30, 2022 provided that the Sixers decline his $2 million team option. 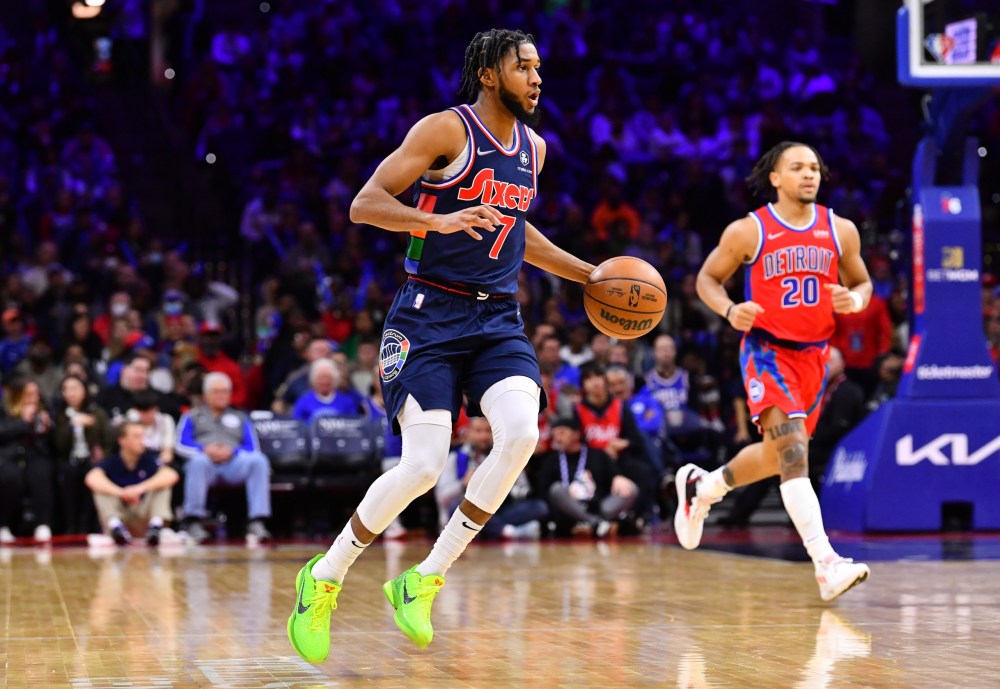 Additional notes: Joe’s $1.8 million salary is non-guaranteed and becomes fully guaranteed if not waived by the first day of the regular season.

He is also extension-eligible throughout 2022-23 for up to four years, projected at $59 million. 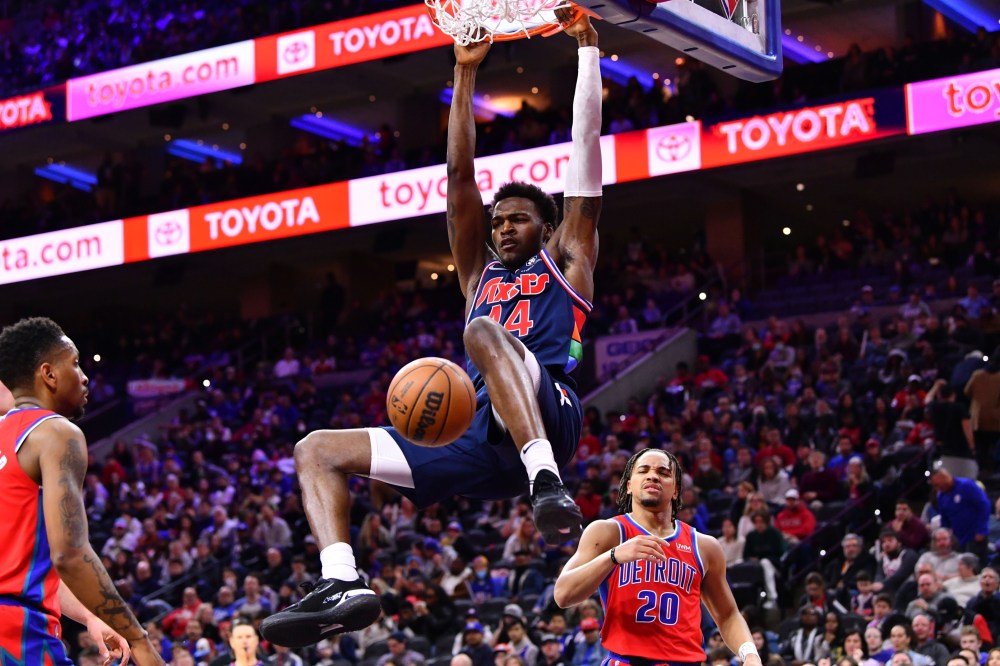 Additional notes: Reed’s $1.8 million salary is non-guaranteed and becomes fully guaranteed if not waived by the league wide cutdown date.

He is extension-eligible throughout 2022-23 for up to four years, projected at $59 million. 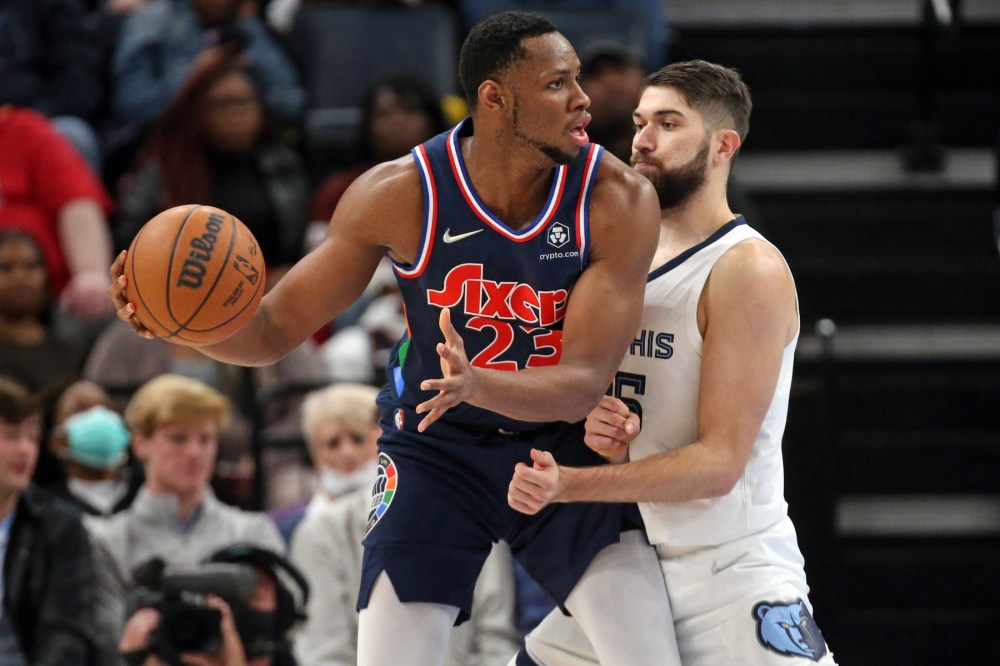 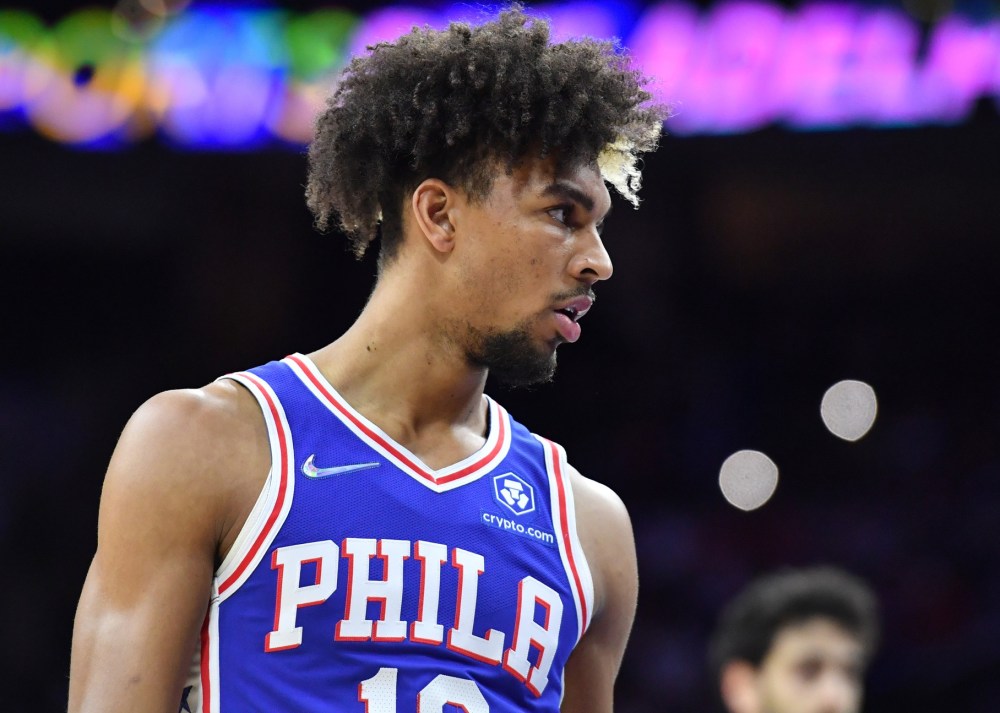 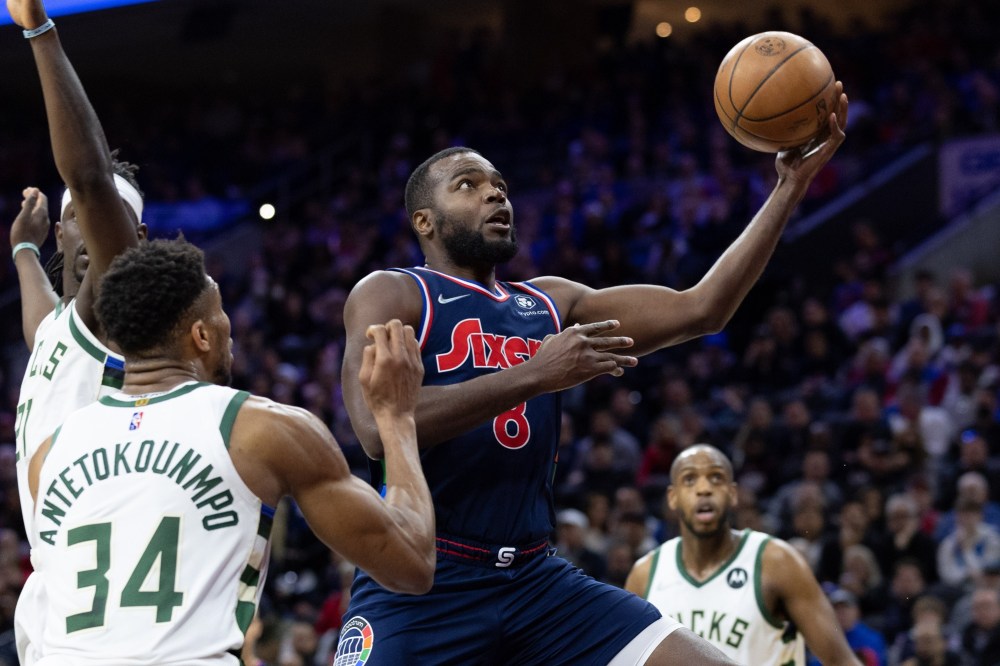 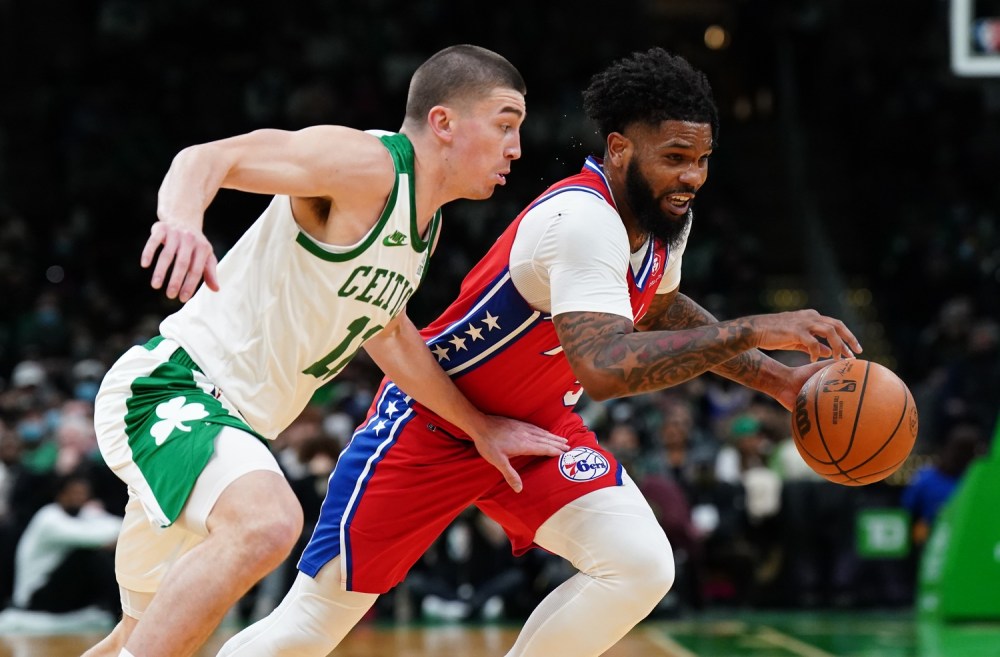 Additional notes: This draft pick is owed to Brooklyn from Philadelphia as part of the James Harden trade. The Nets have until June 1, 2022 to decide whether they want to convey it in this years draft, or defer it to the 2023 NBA draft.

Serbia – Results and Stats from KLS Round 1 of Play-Offs

Notre Dame Mike Brey has suggestion to critics of change due to NIL and transfer portal: ‘shut up and adjust’

Ben Simmons a player to keep an eye on for Atlanta?

MVP vote: All the rankings of NBA legends

Serbia – Results and Stats from KLS Round 1 of Play-Offs

Notre Dame Mike Brey has suggestion to critics of change due to NIL and transfer portal: ‘shut up and adjust’

Ben Simmons a player to keep an eye on for Atlanta?

MVP vote: All the rankings of NBA legends