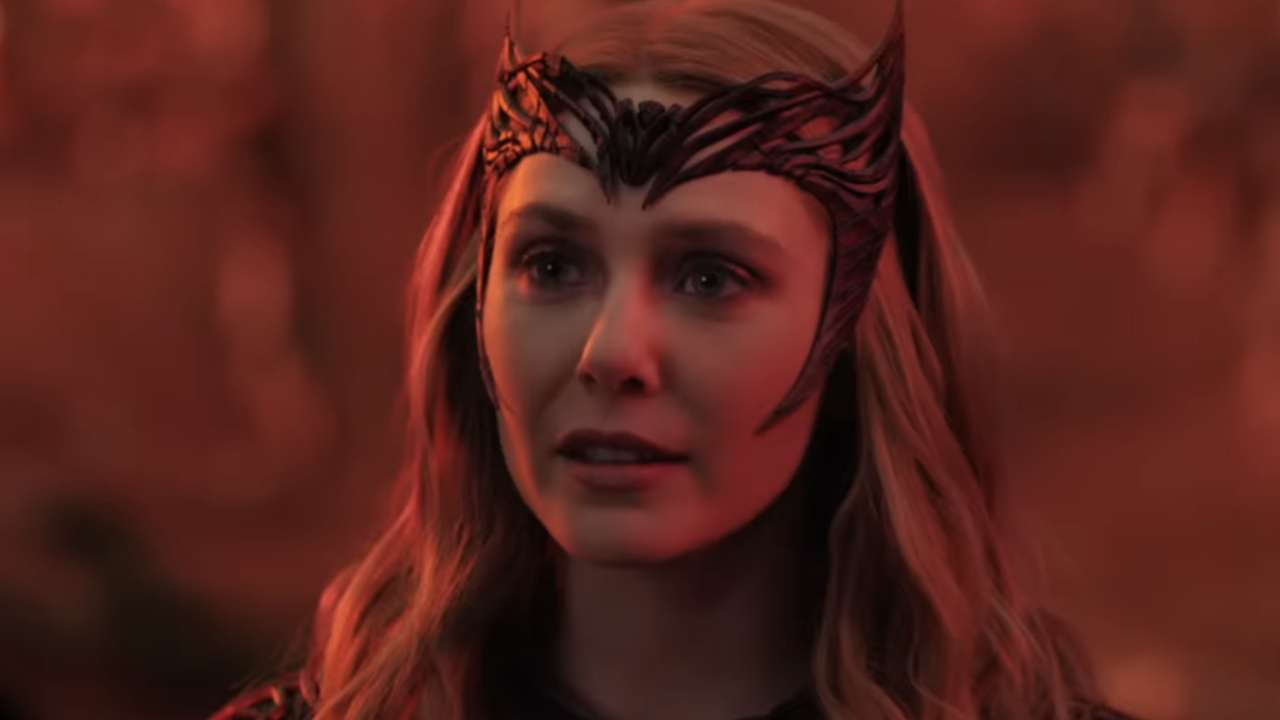 MAJOR SPOILERS are ahead for the ending of Doctor Strange in the Multiverse of Madness, playing only in theaters now.

For a while, the idea that Elizabeth Olsen’s Wanda Maximoff is the strongest hero in the MCU has been a big discussion topic amongst Marvel fans. WandaVision proved that her Chaos Magic is massively a cause of concern for all in her wrath, and the recent release of Doctor Strange in the Multiverse of Madness shows Scarlet Witch even more powerful as a villain. But… hold up. I have a few bones to pick about where Wanda’s arc went this time around, even though it was unmistakably awesome to see play out.

Overall, I don’t think they made sense or stayed true to the character the Marvel movies and TV shows have been developing over the years. Here’s more than a few reasons why:

Wait, Wanda Doesn’t Want To Be In A Universe With Vision?

Ahead of Doctor Strange 2, many of us spent weeks tuning into WandaVision, a Disney+ series where Wanda turns the town of Westview into her own setting for a TV show as she processes the death of Vision, who perished in Avengers: Infinity War. During the span of the series, it’s clear how much Vision matters to her and how much trouble she is having with letting him go, as they start a family in Westview with her twins William and Thomas.

But in Multiverse of Madness, all Wanda cares about is finding a reality in the scope of the multiverse where she can be with her children. There must be one where Vision is alive. If she wants to go to such great lengths of murder to reunite with Bobby and Tommy, wouldn’t she want to be with Vision too? Perhaps Paul Bettany was unavailable for the shoot, but really? There’s zero mention of trying to get her perfect nuclear family amidst all this?

Vision isn’t even the only person Wanda has lost whom she might want to find a universe where she can meet back with said person. What about her fallen brother Pietro (played by Aaron Taylor-Johnson in Age of Ultron)? Based on what Multiverse of Madness set up for Wanda, it would have made sense for the film to include more of her traumas and her perhaps using America to bring back the family she lost. But instead, the movie spends time developing her love and need to be with her children, which I get, but as an audience, we have the least amount of attachment to them.

There are also a ton of random cameos in Multiverse of Madness that end up having pretty inconsequential roles in the film and the MCU as a whole. If we’re going to make Scarlet Witch into a major villain, it might have made sense to cut that element and build out her story and how it plays into her motivations to turn to the dark side.

America Chavez Is Not A Believable Target

I can’t wrap my head around Wanda Maximoff, who has been a long time Avenger, suddenly wanting to kill the young America Chavez. The new character can jump through universes, and as Wanda explains it, she wants the power in order to be able to jump across the multiverse like America if her kids get sick. Sure, it adds to the stakes of the film, but it simply doesn’t make sense. The reasoning here is probably that her mind was so clouded by the Darkhold that she is not able to think clearly. If so, OOF! Scarlet Witch is too good of a character to have motivations rooted in being hypnotized by an evil magical force. Really?

See also  Eiyuden Chronicle: Rising - How To Unlock The Apothecary

Also, America Chavez shares a lot of similarities to Wanda. They are both orphans who have no family left. Wanda can surely understand that America deserves a chance to understand her powers and live her life, and yet she spends the entire movie trying to kill her.

And Let’s Talk About The Slaughter Of The Entire Illuminati

Wanda not only makes it her mission to kill a young hero, but a whole group of heroes with the slaughter of all the Illuminati members except Mordo. It was awesome, don’t get me wrong. Marvel has few chances to kill off big heroes, and this was one instance where it could get weird and brutal. But at the same time, she straight up murdered them all? This is the same Wanda who learned from her actions in Westview and has been grieving over the death of loved ones in fights like these, and she hits the kill switch on them? Why not send them into a weird fantasy to throw them off while she fetches America?

Look, I get it, there’s a lot going on in Multiverse of Madness, such as Doctor Strange having his own adventure and sequel arc, and WandaVision spent time to flesh out the Scarlet Witch. Still, it feels like the movie wasn’t working in the favor of either of these two things. Wanda’s story overshadowed Doctor Strange’s return with all her awesome scenes, but her villainous arc doesn’t really fit with what we just saw in WandaVision. The movie also felt like we were dropped in the middle of an overstuffed MCU with a lot of business to take care of when there is more runtime and opportunities to build out this universe more than ever.

See also  The Flash Season 8 Finale Is The Biggest In Years, Says Star

And don’t even get me started on her dying once she comes to her senses. Really? It would make sense under any circumstance, but Wanda is not the villain of the week, she’s had a long arc in the Marvel Cinematic Universe. It would have made a lot more sense if the character set things right and perhaps sought the help of Doctor Strange and/or Wong the Sorcerer Supreme to get her back on her feet, and perhaps they cast a spell to imprison her until she’s able to heal. Instead, she collapses a building on herself, I guess?

Suffice to say, while I enjoyed Sam Raimi’s return to Marvel with the recent Doctor Strange movie, I just wish Wanda’s actions made more sense.

The WWE Just Confirmed A Major Star Is Out Indefinitely, But It’s Likely Not A Cause For Concern