The Best Sam Raimi Movies (And How To Watch Them) 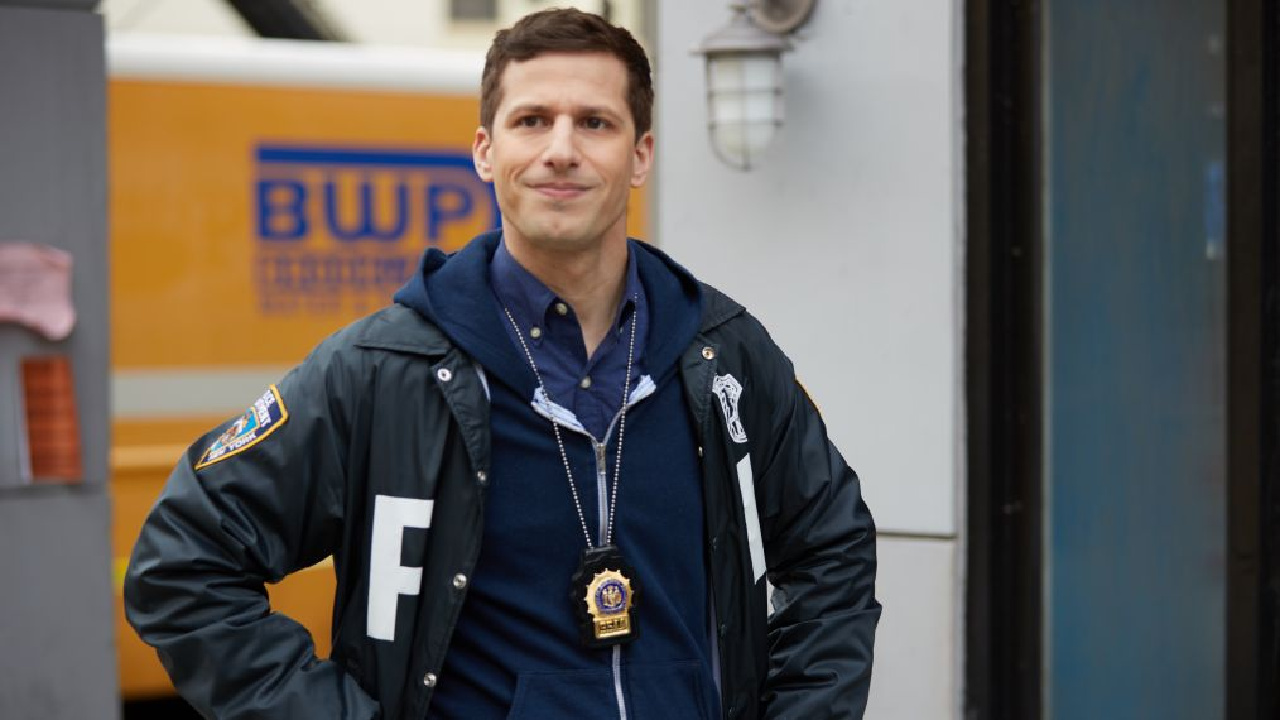 I’m sure when you think of some of the best modern comedic actors, there are some names that always automatically pop up, such as the brilliant Adam Sandler, or maybe Kevin James, or even the talented Bill Hader, but one that I feel has been just as amazing in both movies and TV is Andy Samberg.

From his early days working on Saturday Night Live to some of his latest ventures in movies and television, Samberg has continued to prove his comedic talents for all to see, and today, we’re going to give him the justice that he deserves. Here are some Andy Samberg movies and TV shows that you should watch if you’re a fan of the actor.

First off on this list, we have a great animated kids franchise, Hotel Transylvania. The series takes place in a hotel run by Dracula (Adam Sandler) in Transylvania, where each movie follows his adventures with not only his family, but his ghoulish friends as well.

Andy Samberg has voiced Johnny, the only human character in the film series, from the first movie to the 2022 entry, and he falls in love with Mavis (voiced by Selena Gomez) in the first film, and you can definitely tell that this is Samberg from the moment you hear his voice. He adds so much personality and energy to the character that you can’t help but like Johnny, despite Dracula (at first) not being the biggest fan. It’s a great film series, and you can stream the Hotel Transylvania movies if you’re ready to watch

If you haven’t heard of Saturday Night Live, otherwise known as SNL, you’ve been living under a rock. Saturday Night Live is a long-running primetime sketch series that has aired on Saturday night for more than forty seasons now, with sketches about pop culture, politics, and more.

Andy Samberg was a cast member on SNL from Seasons 31-38, constantly showing off his talents as not only an actor, but a writer as well. His skillful timing, funny characters, and more helped pave the way for him to star in many other shows and movies, many of which I’m sure you’re going to see after reading this list. But, nothing can quite beat his time on the popular sketch show.

Next up, we have one of Andy Samberg’s first big movies, Hot Rod. This comedy tells the story of Rod Kimble, a young man who is looking for his father’s approval, and sees his way in when his father falls ill, and Rod decides to raise money for his heart surgery by doing one of the biggest stunts ever.

Andy Samberg is truly at his goofiest in Hot Rod, and I mean that in the best way. The story is a little out there and silly, but what more were you expecting from a movie about a stunt man trying to do something ridiculous? Samberg is great in his role as Rod and gives a hilarious performance from the moment he steps on the screen. It’s certainly a fun time.

One of my favorite movies of 2020 – and not just because there weren’t that many. Palm Springs is a Hulu original that follows two strangers who are both in Palm Springs for a wedding. However, their lives take a turn when suddenly, they are stuck in a time loop, and must find a way out.

There are so many amazing time loop movies out there, but Palm Springs is just so funny. Not only is the story genuinely enjoying to follow, but Andy Samberg (who received a Golden Globe nomination for his role in the film) and Cristin Milioti have some of the best chemistry in a rom-com I’ve seen in some time, while also working well with the awesome sci-fi aspects of the movie. There are so many cool behind-the-scenes stories as well, so be sure to watch the film first before checking those out.

I Love You, Man (Paramount Plus)

You want to talk about a funny comedy? Check out I Love You, Man. This film, starring Paul Rudd and Jason Segel, tells the story of a man who doesn’t seem to have any friends, so he decides to go on the hunt to look for a best man for his upcoming wedding. Even when he appears to find the perfect person, however, it causes problems in the rest of his life.

This film is just wacky from the moment it starts, but so funny. There are so many stars here, like Rashida Jones, J.K. Simmons, and more, but Andy Samberg as Robbie, Peter Klaven’s (Paul Rudd) younger brother, takes the cake. Their scenes together are so hilarious and perfect and really capture the sibling relationship in such a funny way. I could re-watch this film over and over again just for their moments.

I know, that title alone is so silly, but hear me out. Popstar: Never Stop Never Stopping is a mockumentary musical movie that follows a pop star who’s career is failing, and now, he must do anything in order to bounce back in the music industry.

The film, acting more as a commentary on the pop music industry, definitely parodies a certain artist whom we won’t get into for the sake of staying on topic, but Andy Samberg is really great in this. He perfectly captures that attitude and ridiculousness that we would see in music from certain stars, and truly makes this film so hysterical. It’s a shame the movie didn’t do well at the box office, because it certainly deserved more praise.

If you’re looking for a great romantic dramedy, be sure to check out Celeste and Jesse Forever. This movie follows a couple that married young, but as they grow older, they drift apart to the point of divorce, and try to maintain their friendship despite pursuing other people.

It doesn’t sound like the film would be funny, but trust me, it really is. Celeste and Jesse Forever is certainly one of Rashida Jones’ best movies, but it’s also a shining example of Andy Samberg’s talents as well. His chemistry with Jones is brilliant, and their relationship in the film is a sad yet realistic tale that does, indeed, have a happy ending somehow. I truly do love it. It’s such an underrated movie, in my opinion.

The second voice role on here, we take a look at The Dark Crystal: Age of Resistance. Acting as a prequel to the 1982 film, The Dark Crystal, this Netflix series follows three Gelflings who are on a journey together to reunite their clans in order to try and save their planet from disaster.

While I do believe that you should give The Dark Crystal a watch first before this, The Dark Crystal: Age of Resistance is truly an outstanding show with master puppetry and brilliant voice acting, including Andy Samberg’s character, The Heretic (a.k.a. skekGra). His eccentric attitude is perfect for Samberg, and you can tell he fully puts every part of his personality into voicing this incredible fantasy character. I’ll still never forgive Netflix for cancelling it after only one season.

Stream The Dark Crystal: Age of Resistance on Netflix.

What do you get when you combine two former SNL stars and a baking competition? Baking It! This Peacock original, starring Maya Rudolph and Andy Samberg as the hosts, follows several teams of amateur bakers who team up to try and take home a wonderful prize in the spirit of the holidays.

While Baking It is focused on the holidays, that doesn’t mean you can’t enjoy it during any time of year, as it really is some of the best feel-good television out there right now, and that’s due in part to the wonderful hosting skills of Rudolph and Samberg. These two have such amazing chemistry and crack some of the best jokes that you’ll be laughing so hard your side will hurt. Plus, this show has grannies in rocking chairs. What’s not to love?

Stream Baking It! on Peacock.

You knew it would be on here. This iconic comedy is one of the best out there. Brooklyn Nine-Nine, starring Andy Samberg, tells the story of Jake Peralta, a detective in a fictitious police precinct known for his immaturity, and follows his daily life alongside his coworkers, as well as his no-nonsense leader, Captain Holt.

The Brooklyn Nine-Nine cast is phenomenal, but man, Andy Samberg is just something special on this show. This series combines his comedic timing from Saturday Night Live with brilliant storytelling. The jokes hit, the couples make you smile, the character development is fantastic, and there’s so much more than that to love. If, for some reason, you haven’t seen this show, please, check it out now.

I’m sure that as time goes on, I’ll be able to add more to this list to celebrate Andy Samberg, but until then, you have some awesome movies and TV shows that you can watch. Now, I’m going to go and re-watch Brooklyn Nine-Nine and laugh my butt off once more.

Wendy Williams Revealed How Dire Her Financial Situation Is Now, And Threw Some Shade At Sherri Shepherd

Norm Macdonald Recorded His Own Comedy Special In His Living Room Before He Died, And We Know When It’s Coming To Netflix

Wendy Williams Revealed How Dire Her Financial Situation Is Now, And Threw Some Shade At Sherri Shepherd