Liverpool’s FA Cup win completes the double, but can they shake off fatigue to win two more this season? 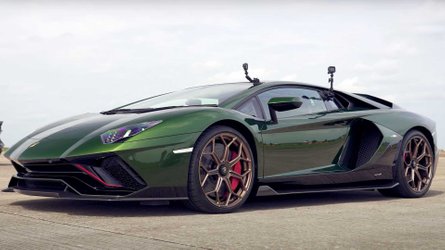 Next in the lineup is the Lamborghini Aventador S LP 740-4, which debuted in 2016 as an update to the Lamborghini Aventador LP 700-4. The 6.5-liter V12 was upgraded to produce 730 horsepower (544 Kilowatts) while torque output remained the same at 509 lb-ft (690 Newton-meters). The drive train remained similar to the original Aventador and minor exterior tweaks were added to improve aerodynamic performance.

The Lamborghini Aventador LP780-4 Ultimae is the fianle of the Aventador’s 11 year production run. This limited-production supercar was limited to only 350 examples. It features 10 years’ worth of Aventador production experience along with the most powerful V12 in the Aventador lineup with 769 horsepower (574 Kilowatts) and 531 lb-ft (731 Newton Meters) of torque. Unfortunately, the Lamborghini Aventador LP780-4 Ultimae used in the carwow drag race could not complete because it did not complete its required break-in miles on the engine.

Which Lamborghini Aventador is your favorite?

It Takes Bugatti 16 Weeks To Craft The Centodieci’s Interior

It Takes Bugatti 16 Weeks To Craft The Centodieci’s Interior