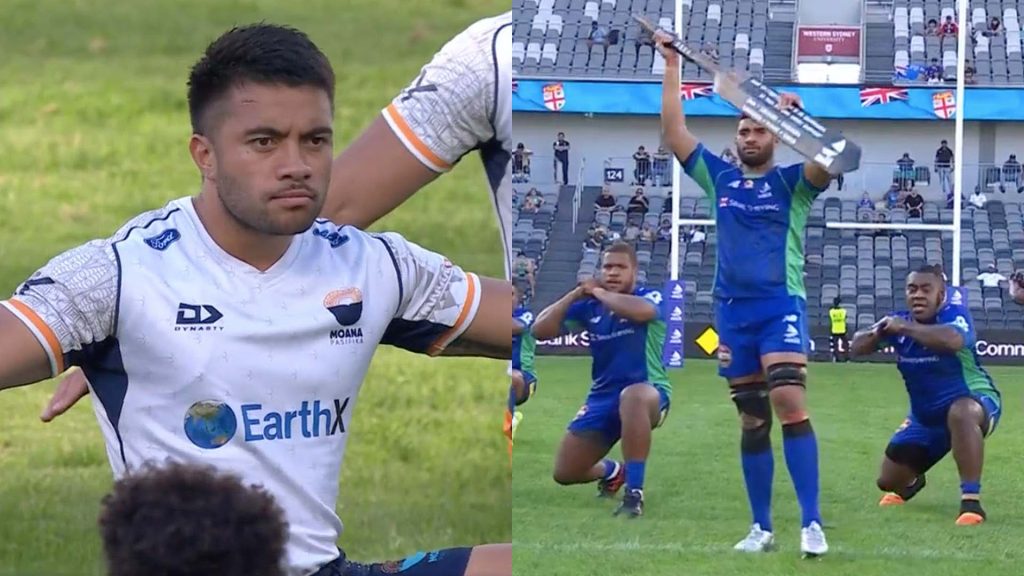 Super Rugby opened a new chapter in its history in Sydney on Saturday when the competition’s first two Pacific franchises faced off for the first time ever.

The all-Pacific clash between the Fijian Drua and Moana Pasifika was a special one that saw the Drua run out 34-19 winners in an entertaining spectacle in Parramatta.

Arguably the highlight of the day, though, were the pre-match cultural challenges laid down by each team before kick-off.

It was the first time Moana Pasifika performed a pre-match ritual since becoming a Super Rugby Pacific franchise.

While they had a pre-match performance against the Maori All Blacks in their first-ever match in existence two years ago, what they produced against the Drua was distinctly different.

Although he was on the losing side of the ledger, Kepu told Stan Sport following the match the he was proud to be part of the occasion.

“Today was a special day, a historic day Pacific Island people, for Polynesian people,” he said.

“Obviously it’s a disappointing result for us. A couple of the early tries, the bounce of the ball can be quite cruel sometimes, but that’s Fijian style rugby, pouncing on every opportunity you get.”

As a result of the win, the Drua have moved to within three points of the 10th-placed Western Force, while Moana Pasifika remain rooted to the bottom of the Super Rugby Pacific table.

Delaware State lacrosse player says bus stop, search ‘something no one should go through’