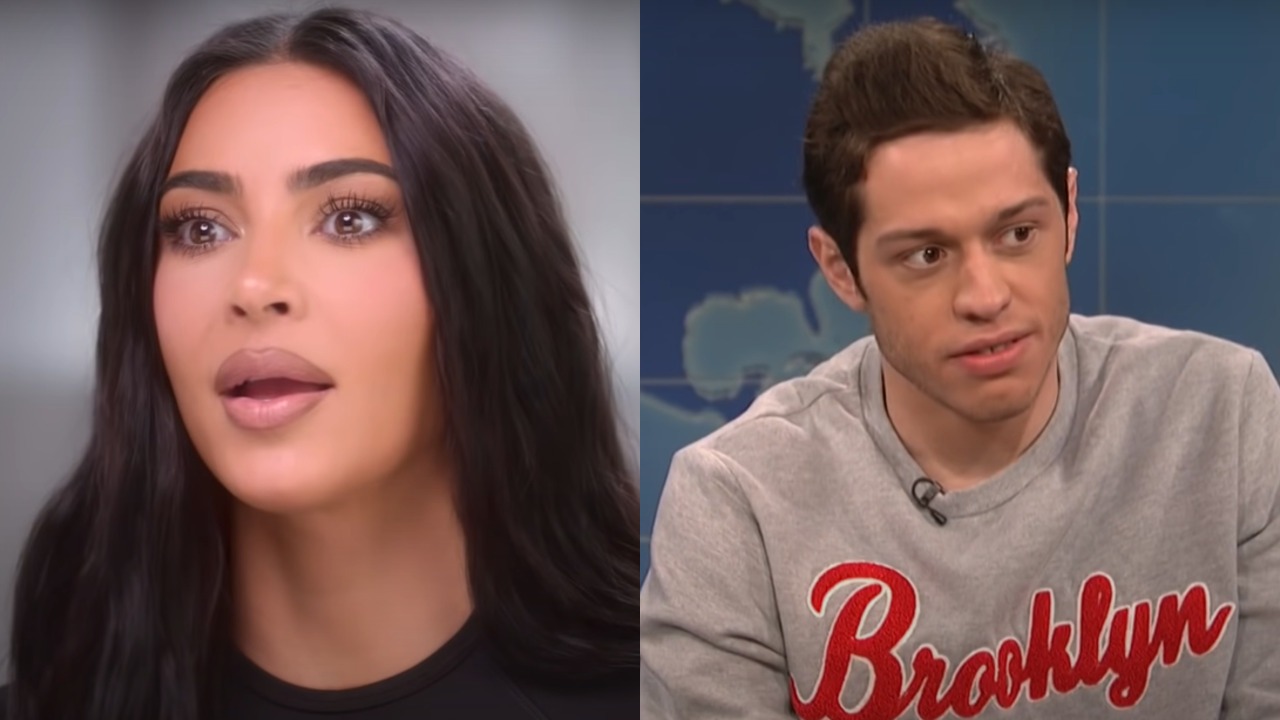 Hulu’s The Kardashians, a.k.a. the new and improved Keeping Up with the Kardashians, is currently streaming on the platform. It’s not too much different from its predecessor, though, beyond the famous family breaking the fourth wall on occasion with camera-eye contact. Fans initially had some hilarious thoughts about it all during the Season 1 premiere. But responses of late are more ones of surprise over Kim’s new boyfriend, Pete Davidson, not being featured on the show at all, despite the fact that they first started dating right around the time that filming began. However, the showrunner behind the new series is kind of surprised by their surprise in that regard.

Showrunner and executive producer Danielle King spoke to Insider and was frank that the main cast of Kim, Khloé, Kourtney, Kris, Kendall and Kylie were/are leading the direction of the reality series. (Which is expected, given how they are also doubling as executive producers themselves on the project.) But King added that the Pete Davidson relationship will be talked about in more depth in an upcoming episode, saying:

Interestingly, not only was the Saturday Night Live breakout not part of the show this go-around, he wasn’t in attendance for the Hollywood premiere of The Kardashians, either. Kim Kardashian told press at the time of the event that, while their family is aiming for an ambitious number of seasons for the series, they give themselves leeway when it comes to opting out of delving into sensitive subjects.

Nevertheless, neither the show nor the SKIMS founder has shied away from the previously very sensitive topic of her old sex tape with ex Ray J, which came up again in truly dramatic fashion via her son’s Roblox. Their showrunner – who actually co-shares Primetime Emmy nominations for previous work done on Million Dollar Listing New York – concurred though that certain aspects of the cast’s lives do not necessarily need to be immediately available for viewer consumption. She explained that something like a brand-new romance amidst an ongoing divorce is one such instance:

The couple isn’t so private anymore, though, are they? Since filming The Kardashians, Kim Kardashian and Pete Davidson have gone both Instagram and red carpet official. They’ve even been spotted arm-in-arm attending the likes of the White House Correspondents’ Dinner and the Met Gala. (Still, the latter event saw a bit of controversy over diet comments made by the notorious reality star.)

Kim Kardashian has hinted in the past that Pete Davidson might just appear in future seasons of The Kardashians. So, likely, that in turn means the end of Kanye West appearances on the show for good. Even if the rapper supposedly ended his social media feud with the comedian, it’s become abundantly clear that they don’t see eye-to-eye. We’ll just have to see how Kim handles he dynamic with her ex and how she addresses her romance with Davidson in the forthcoming new episodes (streaming every Thursday for those who have a Hulu subscription).

See also  Fred Savage self-reflecting after ‘Wonder Years’ firing: ‘he knows he can be an a-hole at times’

9-1-1 Will Deliver A ‘Surprise Wedding’ In Season 5 Finale, But Who Is Getting Married?

One Piece’s Most Anticipated Flashback Ended Up Its Most Disappointing

9-1-1 Will Deliver A ‘Surprise Wedding’ In Season 5 Finale, But Who Is Getting Married?