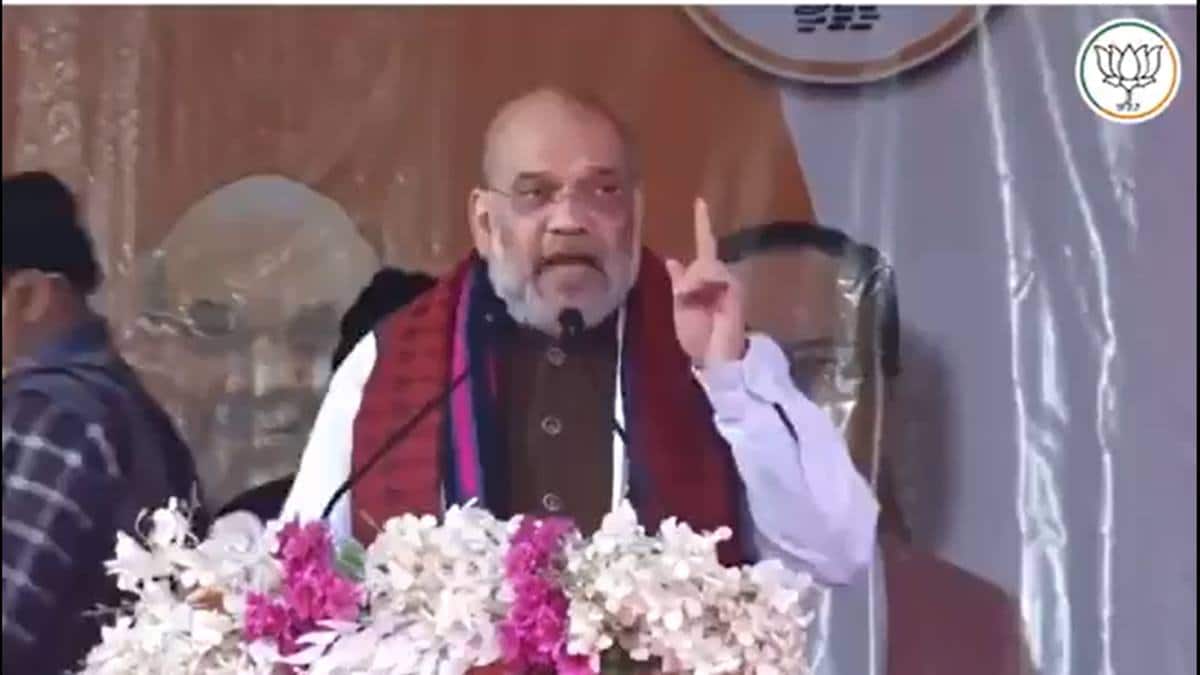 Sounding the poll bugle in Telangana, Union Home Minister and BJP veteran Amit Shah on Saturday hit out at the TRS government in the state for alleged corruption and unkept promises and said his party is ready to face the polls, due in the state next year.

Addressing a public meeting here which marked the culmination of state BJP president Bandi Sanjay Kumar’s second phase of ‘padayatra’ (foot march), Shah appealed to the electorate to defeat the ruling TRS and make the saffron party successful in the 2023 elections.

The BJP is ready to face elections even if they are held “tomorrow” and he can see the writing on the wall about the defeat of TRS in the polls, Shah claimed. “Do we need to change the Nizam of Telangana or not,” he asked the gathering, in an obvious reference to Chief Minister K Chandrasekhar Rao.

Accusing the TRS government of failing to fulfil the major planks of separate Telangana agitation of “water, funds and jobs”, Shah said BJP, if elected to power, would implement them. He also said his party would end minority reservations in the state and provide the benefit to STs, SCs and backward classes.

The senior BJP leader, whose party won two Assembly by-polls and made significant gains in the Greater Hyderabad Municipal Corporation (GHMC) election in the last two years, expressed confidence of BJP coming to power in the state in the hustings next year and urged the voters to elect the saffron party to usher in a secure and prosperous Telangana.
Referring to TRS poll symbol of car, Shah charged that its steering is in the hands of AIMIM leader Asaduddin Owaisi.

See also  Electric Vehicle Batteries: The burning topic that needs to be addressed

On the alleged high-handedness against BJP activists, he claimed attempts were on to make Telangana like West Bengal, an apparent reference to the deaths of party workers in the eastern state, for which the BJP blames the ruling TMC there.
Referring to the alleged suicide of a BJP activist Sai Ganesh at Khammam due to “police harassment”, Shah said the BJP would ensure that those responsible for the party worker’s death would be put behind bars.

Coming down heavily on the TRS government, Shah slammed the ruling party over alleged corruption.

The “Praja Sangrama Yatra” held by the state BJP president was not for BJP to form the government but to herald the welfare of Dalits, Adivasis, backward classes, farmers, women and youth and to end the family rule, he said, adding it was to uproot the corrupt TRS from power.

He alleged the TRS government failed to implement its promises like double bedroom houses for poor, distribution of three acres of land to SCs and to provide Rs 1,000 crore annually for the welfare of backward classes.

Without properly procuring paddy from farmers, the TRS tried to put the blame on the Modi government, he said. It was the responsibility of the state governments to procure crops like jowar, bajra, he said, adding the TRS should step down if it cannot purchase parboiled rice.

The TRS government led by KCR is changing the names of Central schemes and funds and claiming them to be its own, he charged. He also talked about the free COVID-19 vaccination drive and other welfare measures of the Modi government.
Prime Minister Narendra Modi gave over Rs 2.52 lakh crores for Telangana’s development, Shah said, referring to Central assistance to the state.

He also hit out at KCR for not celebrating the ‘Telangana liberation Day’ (the day the erstwhile Nizam government merged with Indian Union in 1948) and promised to celebrate it when BJP comes to power.

The day is not officially celebrated by the TRS regime due to “fear” of AIMIM, he alleged.

Saying that a “double decker government” is needed in Telangana, he urged the voters to elect the BJP to power to realise a prosperous state.

Syngenta to use AI, drones to expand outreach of crop protection products

LIC holdings surge to a record high in Q4

Syngenta to use AI, drones to expand outreach of crop protection products

LIC holdings surge to a record high in Q4