Electric vehicles are going to be the future of mobility and there is no doubt in that. In the last couple of years we have seen several new entrants into the electric vehicles space. Especially with two-wheelers we have more EV manufacturers. There are now even option to convert a regular petrol powered motorcycle into an EV by simply installing  RTO approved electric kits. There are few examples of such conversions in the country and here we have one such video of a Hero Splendor with an electric conversion kit that is approved by the authorities.

The video has been uploaded by GoGoA1 on their YouTube channel. The video shares all the details about this conversion project in the video. In terms of design, this is like a regular Hero Splendor. The only difference in this motorcycle is that instead of engine and gearbox, it has components of an EV. The cost of installing this kit is around Rs 35,000. This does not include the batteries and the charger. The battery pack would cost around Rs 50,000 and the charger which is not included in the kit is around Rs 5,600. The kit is currently approved for Hero Splendor only. It is mentioned in the video that any Hero Honda Splendor sold after 1997 is eligible for this conversion kit and it will be considered RTO approved. The owner will have to make necessary changes to the Registration Certificate and endorse it as an electric vehicle.

The controller and motor in this kit comes with  a 3-year warranty. Once the electric conversion kit is installed on the car, it would get the EV green number plate. GoGoA1 is compliant with National Green Tribunal or NGT as well. After installing the electric conversion kit, the motorcycle is claimed to have a riding range of 151 km when fully charged. It sounds pretty good specially when we compare it with other electric scooters and bikes that are available in the market. The video mentions that this kit is RTO approved and if the bike gets involved in an accident, the insurance company would pay for the damage. It is quite important as electric vehicles have low maintenance but are very expensive when it comes to repair or replace. 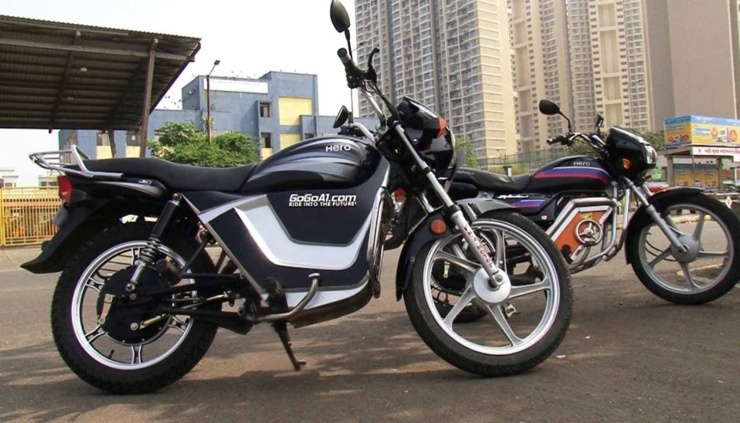 The motorcycle uses a hub motor which has a capacity of 2 kW. As mentioned above, the engine has been replaced with battery pack and controller unit. Some of the converters and MCB is placed behind the side body panels. The motorcycle continues to get drum brakes in both front and rear. As the rear wheel were replaced, the rear brakes on this motorcycle were borrowed from a Bajaj Pulsar. The switchgear is the same that you would find on a regular Splendor. However, the manufacturer has added a kill switch.

The hub motor generates a peak torque of 127 Nm. The motorcycle can carrying capacity of 100 kgs to 300 kgs. The top-speed of the motorcycle is not mentioned however it can be seen touching 70 kmph in the video with rider and pillion which is more than sufficient for city commute. Regenerative braking on this motorcycle is activated when the brakes are applied or when it goes downhill.

QOTD: How Much Are You Spending On Your Car Per Year?