The new Defender has proved to be quite a hit for Land Rover who is gradually expanding its range with more powerful and off-road capable variants. For current Defender owners who want more from their SUV, Manhart is joining the game with a preview of the upcoming DP 450 tuning package.

Manhart’s Defender might only exist in the virtual world at the moment, but the official renderings look promising. Unlike other tuners like Chelsea Truck Company who tried to make the Defender look sportier, Manhart went the other way, emphasizing the rugged nature of the iconic off-roader. 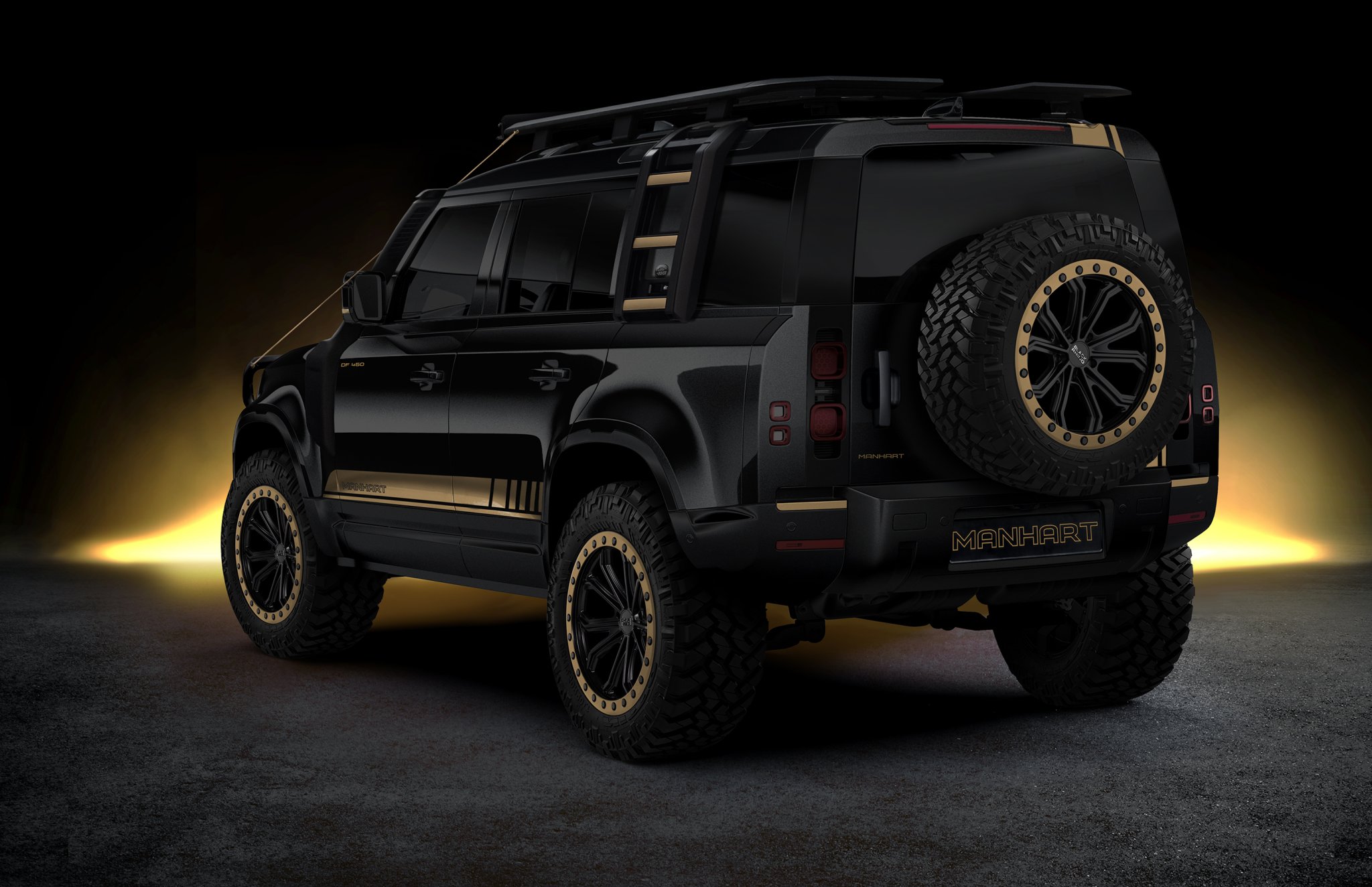 Setting aside the golden accents on the bodywork contrasting the black shade in typical Manhart flavor, the DP 450 gets a new set of deadlock wheels shod in all-terrain tires and plenty of off-road-focused accessories. Those include a roof-mounted LED bar, a snorkel, a large bull bar, a heavy-duty multi-purpose winch on the metal skid plate, and a roof rack accessible through a ladder. Finally, the ground clearance appears to be increased, hinting at modifications on the stock air suspension.

Musk’s Twitter Deal On Hold, Wants To Ensure Junk Accounts Are Less Than 5% Of User Base