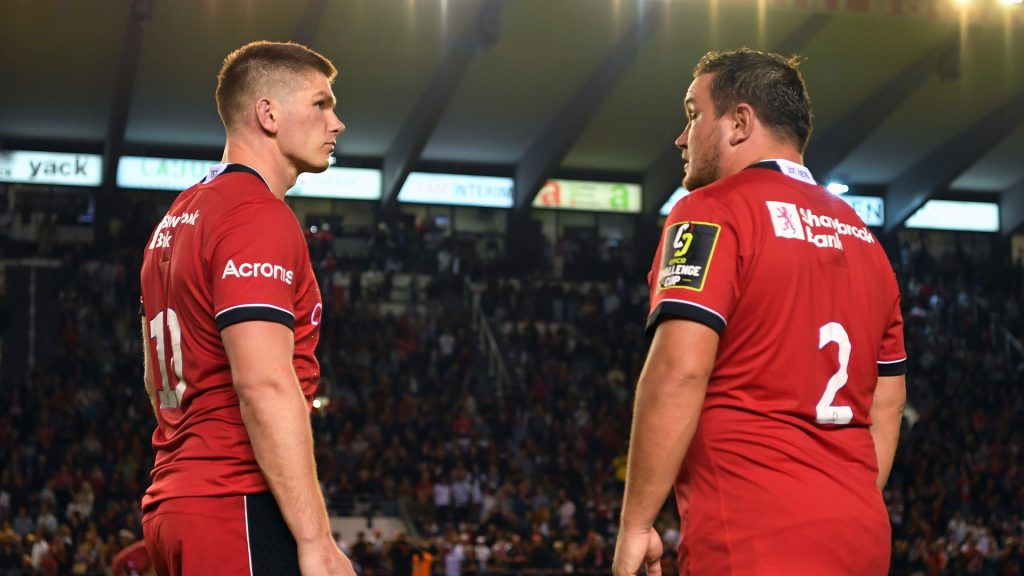 Owen Farrell was frustrated with the performance of his Saracens side after they were dumped out of the European Challenge Cup by Toulon.

The former English champions put themselves in a strong position to win but were outmuscled before going down 25-16 at the Stade Felix Mayol, and as a result there will be an all-French final in two weeks’ time when Toulon take on Lyon in Marseille.

And Saracens captain Farrell insists his side should have done a lot better.

“We are obviously disappointed with the result but probably more with the performance, especially in that first half,” said Farrell.

“I feel like we could have given a better account of ourselves, especially in some areas we pride ourselves on. We will have to look inwards now, and we need to make sure it spurs us on for the rest of the season.

“We couldn’t string too much together today. Massive credit to Toulon in the way they defended, and how they slowed down our breakdown in particular.

“It was hard to play against. We need to make sure we figure out why, and make sure it doesn’t happen again.

“People will feel the way they are feeling tonight, and we will have a look at it tomorrow. We’ll get straight on to it.”

English representation in this season’s Challenge Cup is at end following Wasps’ defeat to Lyon earlier in the day.

A brace of tries from France Six Nations grand slam wing Gabin Villiere along with a stunning individual effort from Jiuta Wainiqolo got Toulon over the line, while player of the match Louis Carbonel also kicked 10 points.

Ben Earl scored Saracens’ only try with 11 points from Farrell, whose assessment of the game was shared by director of rugby Mark McCall.

“Yes, I think that’s spot on,” said McCall when asked if he was disappointed with the manner of his side’s performance.

“It didn’t feel like we dealt with the occasion all that well. It was our first time back in an occasion like this.

“We need to see what we can learn from it. I’m not sure who did or who didn’t (play well) but it doesn’t take many for your team to be off.

“Toulon were supercharged tonight, and the crowd was as well. We’ve got four or five weeks left of the season, and we can get something from this experience and take it into the rest of the Premiership season.

“I thought in the first half we got harassed into doing things we didn’t want to do. Our fundamentals weren’t great in the second half.

“Our lineout wasn’t good, and without that foundation and platform it’s very hard to play when you’re up against a team like Toulon who are on fire and as aggressive as they were.”