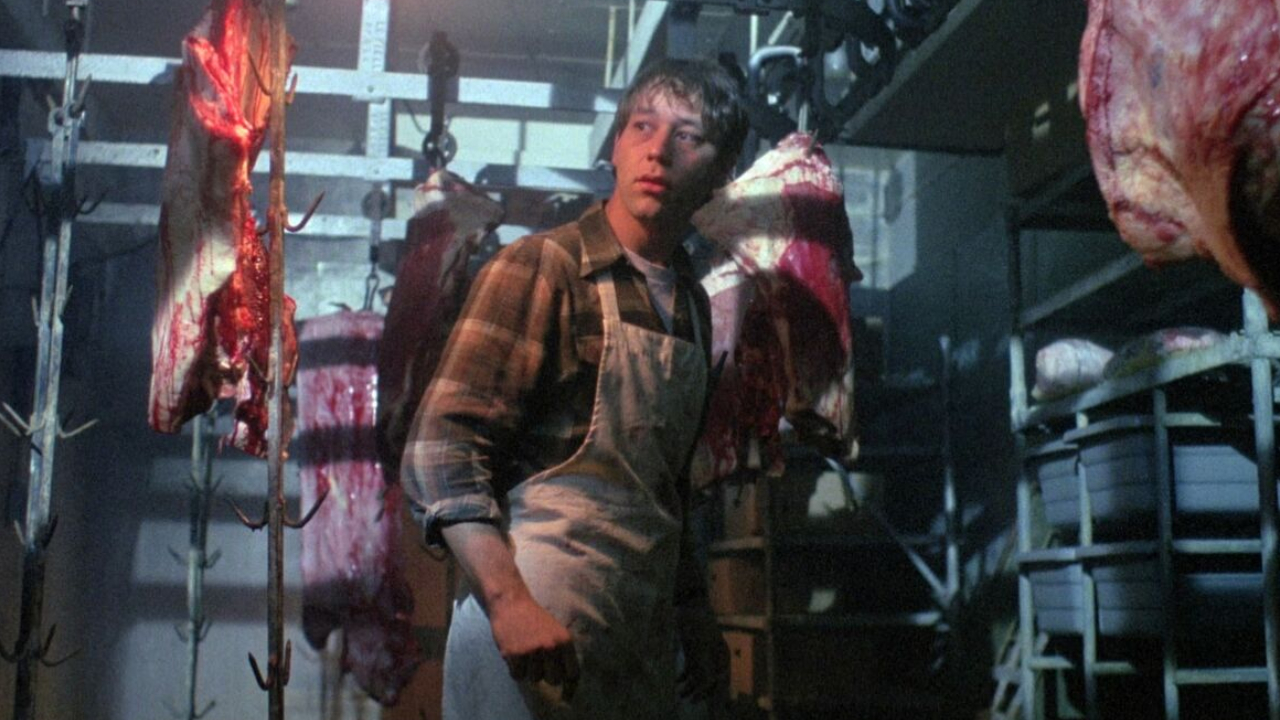 It’s extremely exciting to see Sam Raimi channel his unmistakable, dazzling visionary talent into a comic book movie again for the first time since he helped revolutionize the genre with his Spider-Man trilogy. What was especially satisfying about Doctor Strange in the Multiverse of Madness is how it utilizes some of the more macabre stylistic elements that the filmmaker is best known for inventing with the Evil Dead movies.

Of course, there is plenty more to the find in the director’s filmography beyond some of the best horror movies and comic book blockbusters of all time. In fact, he has tried his hand at almost every genre you can think of, often combining some into a unique blend. See for yourself by streaming, digitally renting, or physically purchasing our picks for Sam Raimi’s best movies, starting with the franchise that put him the map.

During a visit to a secluded cabin, an unassuming young man (Bruce Campbell) and his friends accidentally awaken insidious, possessive entities with a mysterious and grotesque book called the Necronomicon, setting off a bloody battle that eventually takes the hero back to the Middle Ages.

Why they are some of Sam Raimi’s best movies: Writer and director Sam Raimi became an indie horror hero with The Evil Dead; perfected the horror-comedy with 1987’s Evil Dead II; and brought his cartoonishly macabre vision to the fantasy adventure genre with Army of Darkness – all of it amounting to one of the greatest horror movie franchises (that later inspired a cult favorite TV show, several video games, a surprisingly fantastic 2013 reboot, and a fourth installment coming to HBO Max in 2022).

As he awaits his execution while sitting on an electric chair, a plucky, average man wrongfully accused of murder (Reed Birney) recalls his wacky and explosive experiences with the real culprits: a pair of lunatic exterminators (Brion James and Paul L. James) on a deadly, aimless rampage.

Why it s one of Sam Raimi’s best movies: In his follow-up to The Evil Dead (which he also co-wrote with Joel and Ethan Coen), Sam Raimi goes in an entirely different direction that would become his signature style with Crimewave – an electrifying, manic noir send-up that often feels like a cartoon captured in live-action and also stars Bruce Campbell.

On what they discover will be one of their last overnight shift, the stock crew at a small grocery store learns that there is an uninvited guest among them who is determined to make it everyone’s last night alive.

Why it is one of Sam Raimi’s best movies: While he had no creative involvement with this cult favorite ‘80s slasher, Sam Raimi does have a starring role as meat department worker named Randy in Intruder, which was written and directed by his friend and frequent collaborator Scott Spiegel (and also features Bruce Campbell in a brief appearance at the end).

After an incident involving a group of vicious criminals leaves him grotesquely burned and virtually unrecognizable, a brilliant scientist (Academy Award nominee Liam Neeson) uses a revolutionary synthetic skin of his own invention to temporarily disguise himself as anyone of his choosing to exact revenge on his enemies and reconnect with his wife (Academy Award winner Frances McDormand).

Why it is one of Sam Raimi’s best movies: Long before he was chosen to helm the Spider-Man movies (which we will talk about soon enough), Sam Raimi actually made his superhero movie debut with a film of his own creation and not based on any pre-existing comic books called Darkman, a highly unique sci-fi action thriller in both concept and style… that also features Bruce Campbell in a brief appearance at the end.

A bright-eyed, but naive business school graduate (Tim Robbins) is suddenly promoted from his position as a mail room attendant of a major manufacturing company to president – unaware of the fact that it is all part of stock market scam in 1950s New York City.

Why it is one of Sam Raimi’s best movies: While he did not direct this refreshingly fast-paced screwball comedy, Sam Raimi does have a brief cameo in and also collaborated with his friends Joel and Ethan Coen on the script for The Hudsucker Proxy, which features Bruce Campbell in the supporting role playing a quippy newspaper reporter named Smitty.

A mysterious and beautiful woman with a knack for sharp-shooting (Academy Award nominee Sharon Stone) rides into a poor town ruled with an iron fist by a cruel, wealthy tyrant (Academy Award winner Gene Hackman) and participates in its gun dueling tournament in an effort to take him down.

Why it’s one of Sam Raimi’s best movies: After tackling horror, slapstick crime noir, and superhero movies, Sam Raimi tried his hand at a Western with The Quick and the Dead, one of the genre’s most visually unique and cheekily humorous efforts, from a screenplay by Simon Moore. Bruce Campbell was supposed to have a brief role, but he was cut out.

A family man (Bill Paxton), his brother (Billy Bob Thornton), and their friend (Brent Briscoe) discover a case filed with millions of dollars in the hidden remains of a plane crash while walking in the woods. They conspire to keep it for themselves until complications arise that cause them to turn against each other.

Why it is one of Sam Raimi’s best movies: In one of the more earnest and grounded films of his career, director Sam Raimi crafts a spine-tingling and increasingly intense suspense thriller out of A Simple Plan, which earned Academy Award nominations for Thornton’s performance and Scott B. Smith’s screenplay that he adapted from his own best-selling novel.

During a high-stakes baseball game that he only just learned will be his last, a veteran major league pitcher for the Detroit Lions (Academy Award winner Kevin Costner) recalls through flashbacks the most pivotal moments of his athletic career and of his relationship with his girlfriend (Kelly Preston), whom he may also be losing today to a new job in London.

Why it is one of Sam Raimi’s best movies: Sam Raimi tries his hand at both sports movies (or baseball movies, more accurately) and romantic dramas with For Love of the Game, an inspiring and structurally unique story based on the novel by Michael Shaara.

A widowed mother and fortune teller (Academy Award winner Cate Blanchett) whose extrasensory abilities are real is asked to help with the investigation of a mysterious disappearance of a young woman (Katie Holmes), only to suspect that her own life is in danger.

See also  To 3D Or Not To 3D: Buy The Right Minions: The Rise Of Gru Ticket

Why it is one of Sam Raimi’s best movies: In what could be described as a return to his horror roots, director Sam Raimi crafts yet another visually stunning, narratively gripping, star-studded winner out of The Gift.  It’s one of the best Cate Blanchett movies, and was written by A Simple Plan star Billy Bob Thornton and Tom Epperson.

A young, intelligent man (Tobey Maguire) is given extraordinary abilities by a radioactive arachnid’s bite, which helps him protect New York City from a vengeful businessman dressed as a fantasy creature (Willem Dafoe), a disgraced scientist with four extra mechanical arms (Alfred Molina), a desperate thief whose body becomes made up of sand-like particles after an accident (Thomas Haden Church), and other threats that range from common to unusual.

Why they are some of Sam Raimi’s best movies: In his first big return to superhero movies (which also turned out to be very influential to the genre moving forward), director Sam Raimi brought Marvel Comics’ iconic webslinger to the big screen in his own dazzling fashion with his trilogy of Spider-Man movies, each of which feature a brief, but hilariously memorable cameo by Bruce Campbell.

Hoping it will earn her a long-awaited promotion, a young loan officer (Alison Lohman) turns down a mortgage extension request from an elderly woman (Lorna Raver), who then afflicts her with a curse that makes her the target of a cruel, ancient demon that threatens to send her into eternal damnation within days.

Why it’s one of Sam Raimi’s best movies: In his big return to the horror genre, director Sam Raimi puts Lohman through the same kind of splatterific taunting he subjected Bruce Campbell to in the Evil Dead moves with Drag Me To Hell – a grotesquely frightening, playfully hilarious, and kind of brutal B-movie he co-wrote with his brother, Ivan Raimi, that deserves a sequel in the eyes of some.

If you are a Sam Raimi fan like me, I imagine that the release of his first Marvel Cinematic Universe installment, Doctor Strange in the Multiverse of Madness, only made you more excited to see what he has next in store. Now in pre-production is his adaptation of Patrick Rothfuss’ fantasy novel, The Kingkiller Chronicle, and hopefully his dystopian thriller, World War 3 (which was first announced in 2016), launches soon enough.