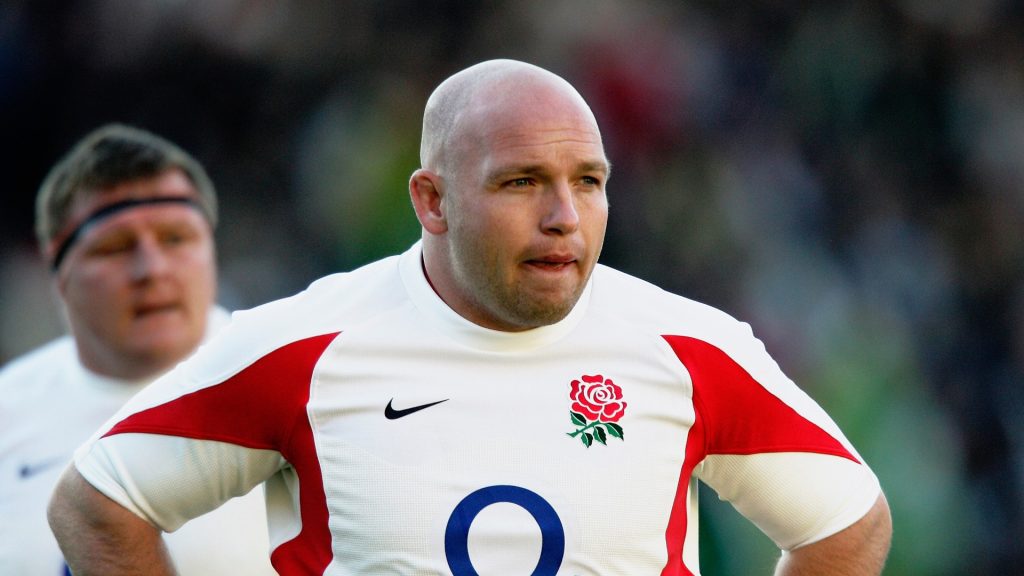 Good rugby news travels fast. Within a day of Caldy enthusing on the website that their successful 2021/22 National 1 title win had made Liverpool Echo headlines, ex-England international Austin Healey dedicated an entire Daily Telegraph column to the Wirral club’s fairytale promotion to the Championship under head coach Matt Cairns, himself a Test level old boy.

The seven-year ex-Saracens hooker, who won an Amlin Challenge Cup with Harlequins as well as spending a season at Sale and an Anglo-Welsh campaign with Northampton, was capped in May 2007 on England’s South African tour, stepping off the Bloemfontein bench for a five-minute cameo that remains his “standout personal achievement”.

Cairns’ fledgling coaching career is now coming along very nicely. Busy with his own financial investment company, his rugby involvement mightn’t sound much on paper compared to the high profile professional coaches putting it in on a daily basis.

While Caldy does have a relationship with Sale Sharks and had the 20-year-old Elliott Gourlay, an ex-Scotland age-grade international, on loan to fill an injury gap, their squad consists of all sorts, teachers, engineers, pharmacists, students and so on.

The club is a twice-a-week evening training set-up with a game on a Saturday, a grassroots approach that won’t change much even though they are about to enter the uncharted territory of the English second tier, mixing it with the likes of the Premiership-chasing Ealing and Doncaster.

Founded in 1924 as Old Caldeians Rugby Club for past pupils of Calday Grange School, the Ravers spent much of their existence in the local leagues but that changed these past five years. They were crowned National League 2 North champions in 2017 in front of a 1,432 Paton Field attendance against second-place Sale FC, reaching National 1 for the first time ever.

It was 2018/19 when Cairns was invited along, Caldy director of rugby Gareth Davies bringing him in as forwards coach, and while crippling injuries contributed to relegation in a bizarre campaign where they topped the table after an initial dozen matches, what has since unfolded either side of the pandemic with Cairns as head coach has been ridiculous.

Caldy won all 25 League 2 North matches when the March 2020 lockdown struck and while their promotion was honoured by the RFU, it wasn’t until last September that they finally got going again. Despite an early-season wobble, a 17-game winning streak – 23 wins overall from 28 outings – ushered them into the Championship, a home win last month over Sale in front of a jubilant bumper crowd securing them the title. Wow.

“That was brilliant, it was a great atmosphere and the game added to that,” enthused Caldy boss Cairns to RugbyPass about the club with a wooden shack for a clubhouse and an open field for a ground. “We packed in 3,500 people on the bank and there will probably never be another day like it in Caldy. It was unbelievable, the lads getting promoted and winning the league, but we have moved on pretty quick because most of our lads are involved in the County Championship.

“We’d a good celebration for a couple of weeks but now we are on to the next one and obviously thinking about next season. Brilliant, it was good,” he continued, reflecting on their latest title-winning campaign. “We lost our ten in pre-season and our 15 in the second game of the season. Then the ten that came in to replace got injured and then the next ten that came in got injured.

“We were just finding our feet really and the lads learned very quickly the level of what we needed to do to win games. Then we ground out a lot of results and as it shows in sport if you get into a habit of winning it massively helps.

And the Sale Sharks tie-up, how beneficial was that for Cairns and Caldy? “We only really had Elliott Gourlay all year, we had the full-back because we got a couple of injuries. We spoke to Sale and they lent us Elliott and Nye Thomas. Nye, unfortunately, got injured and didn’t play very much but he had a couple of games towards the end. It was really handy to have their help.”

Planning for their first-ever Championship season will see an informal running club morph into official pre-season training at the end of June and Cairns will be sticking to his guns despite reaching the big time, relying on the togetherness of the squad that has taken Caldy this far to now test itself in a division that will be all new to them.

“We don’t need to change anything massively overnight,” he said. “There are a few things the club are dealing with at the moment to get sorted, which we will, but nothing too major. We are not going to change. The squad is very mixed. We have got teachers, engineers, pharmacists, what else have we got?

“We got fund managers, business owners, young lads, students, so a very, very big mix in the squad of what they do for their day job. It’s going to be a step up for them and they are going to have to commit a bit more time to it, go to the gym and get fit and strong, but I’m sure the lads will commit to doing this.

“Staying up would rank up there, definitely rank up there – it would be incredible to be able to do that. We just want to be in a position where we don’t make idiots of ourselves and we compete as hard as we can. Every club we’re going to is a big club and there are some really good rugby clubs. I played for Bedford myself, a proper rugby club. There are loads of good fans and the lads will really enjoy the atmospheres.”

Always a pleasure to have you guys onboard https://t.co/2DqPcd9VIL

A feature of the Caldy operation under Cairns is they don’t do overnights, instead preferring to be early-risers for away matches. For instance, last October’s 300-mile trip to Plymouth required a 5:15am start. “That’s correct,” acknowledged the head coach. “The lads don’t like travelling the night before so we just get on the bus early and get our way down to the game.

See also  Jonny Bairstow: 'There is a difference in being unselfish and it being a difficult competition'

“There will be a couple of plane journeys in there in the Championship. There aren’t other options, getting to Jersey will be a plane journey and probably Penzance (for Cornish Pirates) because it is just too far in a bus and not doable but it is what it is. We will have to find a way. It hasn’t been fully planned out but I’m sure the club will react and do the right thing for the lads.

“The rest of the travelling isn’t too bad. We’ve done it before so we will be absolutely fine. The bus journies are quiet on the way down and messy on the way back. We always have a good time. We are there to make sure the lads enjoy it and luckily this year we won a lot of away games and enjoyed those trips.”

Why is rugby thriving in a football hotbed dominated by Liverpool and Everton? “The Wirral is a big rugby area. There are twelve rugby clubs all vying for prominence, some really good rugby clubs. It’s strong in the schools, so it’s a real rugby area. Caldy is a club that has come through the leagues in the last ten years and everyone that comes here to watch a game will enjoy it. They will have a good day, they will find it a very welcoming place with welcoming people.

“This is my childhood club. To find our way to @Champrugby with all my mates is just fairytale isn’t it?”

? @CaldyRFC reflect on back-to-back league titles as they prepare for life in the second tier

“I knew Caldy well because it is down the road from where I grew up so it’s a proper rugby club, a big mini and junior section. I knew a lot of the lads because I was coaching at county level previously, so I knew they were a good bunch of lads and knew lots of people involved in the club.

“I was coaching down the road at Wirral, had been there for a few years, and Gaz Davies asked me when we were coaching Cheshire (the county rep team), did I fancy moving to Caldy and giving it a go. I thought yeah, why not?

“I was there for a year just doing the forwards and stuff. It’s never a nice thing getting relegated but it gave us the opportunity to put together some plans to prepare and improve the lads. I became the head coach and had an idea of how I wanted the team to shape up. It wasn’t loads of changes. Because of what had gone on before, the team has been really well-coached so it was just a case of a different voice.

“We train 35, 40 people on a Tuesday and Thursday night, the first and seconds team lads change together, train together and then eat together then after. There is no divide at the club. You wouldn’t know the difference if you were sat in the room with them all and that is brilliant because there is loads of integration and there is a good spirit at the club. That has always happened. That is the Caldy way of doing things, which is really important.

A selection of match action shots from Saturday’s 13-9 win against @SaleFC which secured our place in @Champrugby for the 2022/23 Season.

What should immensely help Caldy in the Championship is the pragmatic way Cairns goes about his business, ably juggling his finance business with family life and the demands of bringing a team up through the English rugby pyramid. “It’s not without its challenges but at the moment it is manageable and we have just got to keep doing what we can.

“I was very lucky. I had a good career as a player and look back on it very fondly. Probably winning my England cap was my standout personal achievement and then winning the Amlin with Quins. I played for some really good clubs, I met some really good people and I would draw on those experiences now when I would be coaching the lads. I had lots of coaches at Saracens in a short space of time and learned a lot about what to do and some not what to do.

“You learn from good and bad experiences, like with anything, and improve on what you are doing all the time. That is what we do. We constantly review what we are doing and how we are doing things. I don’t try and be something I’m not, I just am myself when I’m coaching and I won’t change that style.

“I didn’t coach for a couple of seasons when I finished playing. I wanted to have a couple of years away from the game and that is the way it turned out. I just got on with my life but I got into it when a friend asked me to help him out at my junior club. I enjoy doing it now. I get a lot out of coaching and I enjoy helping. It’s good.”

Celtics vs. Bucks: Who has the most left in the tank for Game 7?