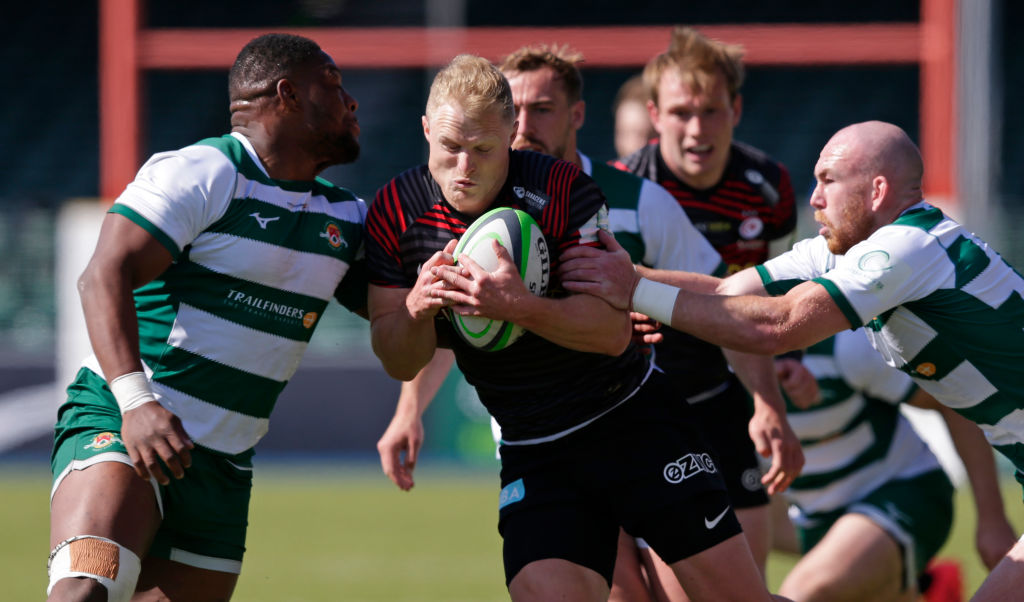 Saracens’ scrum-half Aled Davies has been cited for the controversial yellow card he received against Leicester in Saturday’s Premiership Final.

Davies, 29, made a high tackle on Julián Montoya with roughly 25 minutes on the clock, and though he only received a yellow on the day, the citing means he is likely to face a ban for the tackle.

An RFU statement read: “The case of Saracens player Aled Davies will be heard by on papers by an independent disciplinary panel.

“Davies was cited for dangerous tackling contrary to World Rugby Law 9.13, or in the alternative Law 9.11, for making direct contact to the head with his shoulder during the Premiership Final against Leicester Tigers on Saturday. Davies has accepted the charge.”

The tackle was a topic of discussion in this week’s Rugby Paper podcast, and while England prop Jeff Probyn felt the yellow was a sufficient punishment, referencing the modern rules around head contact, he also added that Davies was lucky to avoid a harsher sanction at the time.

“The problem that we’ve got in the game now,” he said, “is that there’s a head protocol that’s out there that means that referees don’t have a choice.

“If somebody makes contact with the head, doesn’t matter whether it’s deliberate or accidental they’ve got to have a card.

“To a certain extent he was lucky just to get a yellow rather than a red.”

Columnist Brendan Gallagher felt that when comparing the incident to Will Skelton’s own red card for the Barbaians on Sunday, Davies should have seen red, and that there is a wider problem with inconsistency.

“If Skelton’s was a red, it was a red,” he said, “In fact, going back to the semi-final, Sarries had three yellows for shoulders to the head and I though they were probably red as well.

“They’re either all yellow or they’re all red, it’s just a bit frustrating you get this inconsistency as ever.”

And Chris Hewett felt that Davies’ size had allowed him to get away with a more severe sanction.

He said: “On the specific Aled Davies incident, if that had been a bigger player that may well have been a red.

“I think almost subconsciously the referee will say [in his head] he’s done that to a hulking great forward, and he’s a small scrum-half, there’s not much in it.

“That may or may not be within the strict confines of the regulations, but as has just been pointed out those regulations don’t give you a lot of leeway.”

The date for Davies’ hearing is still to be confirmed.