Amazon announced this week that its first fully autonomous robot, named Proteus, will start working alongside humans at its fulfillment centers. The robots look like large robotic vacuum cleaners but are designed to lift “GoCarts” (tall metal bins with casters that are full of packages) and carry them from one section of the warehouses to another.

Although similar robots exist in other industrial sites around the world, the real advantage of the Proteus robots is that they can operate next to humans throughout the fulfillment center. So advanced are they that Amazon says they don’t need to be confined to special areas for the safety of the human workers.

“It can operate in a manner that augments simple, safe interaction between technology and people—opening up a broader range of possible uses to help our employees—such as the lifting and movement of GoCarts, the non-automated, wheeled transports used to move packages through our facilities,” wrote Amazon in a release. 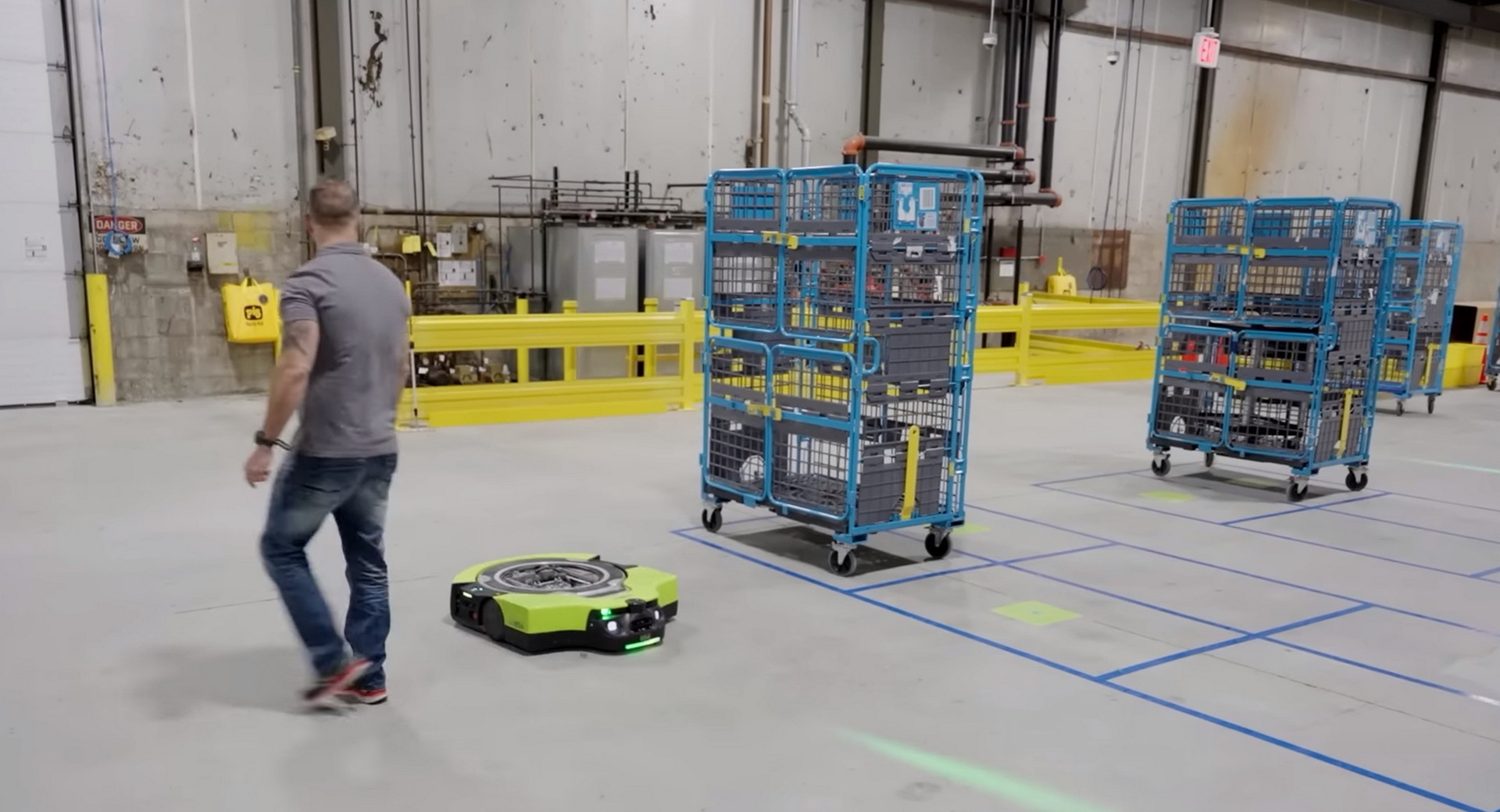 The online retailing giant plans to first deploy the Proteus robots in handling areas for outbound GoCarts but hopes to eventually automate GoCart handling throughout its network. It says this will reduce the need for people to manually move heavy objects throughout its facilities. The company though is keen to point out that it’s not making robots to replace humans, but instead to work together with people. Amazon Robotics’ chief technologist, Tye Brady, told Forbes that “replacing people with machines is just a fallacy. You’ll probably end up out of business if you have this replacement philosophy.”

One of a selection of automated technologies recently announced by Amazon, the Proteus bots are just some of a growing number of automated robots that can operate in concert with human workers. These are of particular interest to many corporations, like Ford which is also experimenting with the tech. It recently introduced “Robbie the Cobot,” an autonomous robot arm that helps workers with injuries or reduced mobility build engines.

Naturally, autonomous technology is also a field of interest in the automotive sector. With companies like GM, Google, Volvo, and many more investing heavily in self-driving passenger vehicles, data gained from this example of robots moving alongside people may prove invaluable to the industry.