What does the man who builds some of the world’s craziest supercars choose for his own wheels? In the case of Sweden’s Christian von Koenigsegg, he chooses a Toyota GR Yaris, and now you buy that very same car to park alongside your (fantasy) Jesko or Regera.

The slap-head supercar king’s name is one of two in the ownership log of this gorgeous black hot hatch, which is now up for sale on the Collecting Cars auction site. It was registered in Sweden in December 2020, but maybe Koenigsegg found the 1.6-liter three-cylinder motor’s 261 hp (265 PS) output a bit disappointing, because there are only 10,730 km (6,667 miles) on the clock.

Tempting as it is to assume Koenigsegg would have tuned the hot hatch up to 900 hp (913 PS) or so and pimped out the styling, the reality is this Yaris is bone stock. But it does look stunning in its Precious Black paint, and was ordered with the optional Circuit Pack, which adds red brake calipers mounted behind 18-in forged alloy wheels, retuned suspension components and the all-important front and rear limited slip differentials. 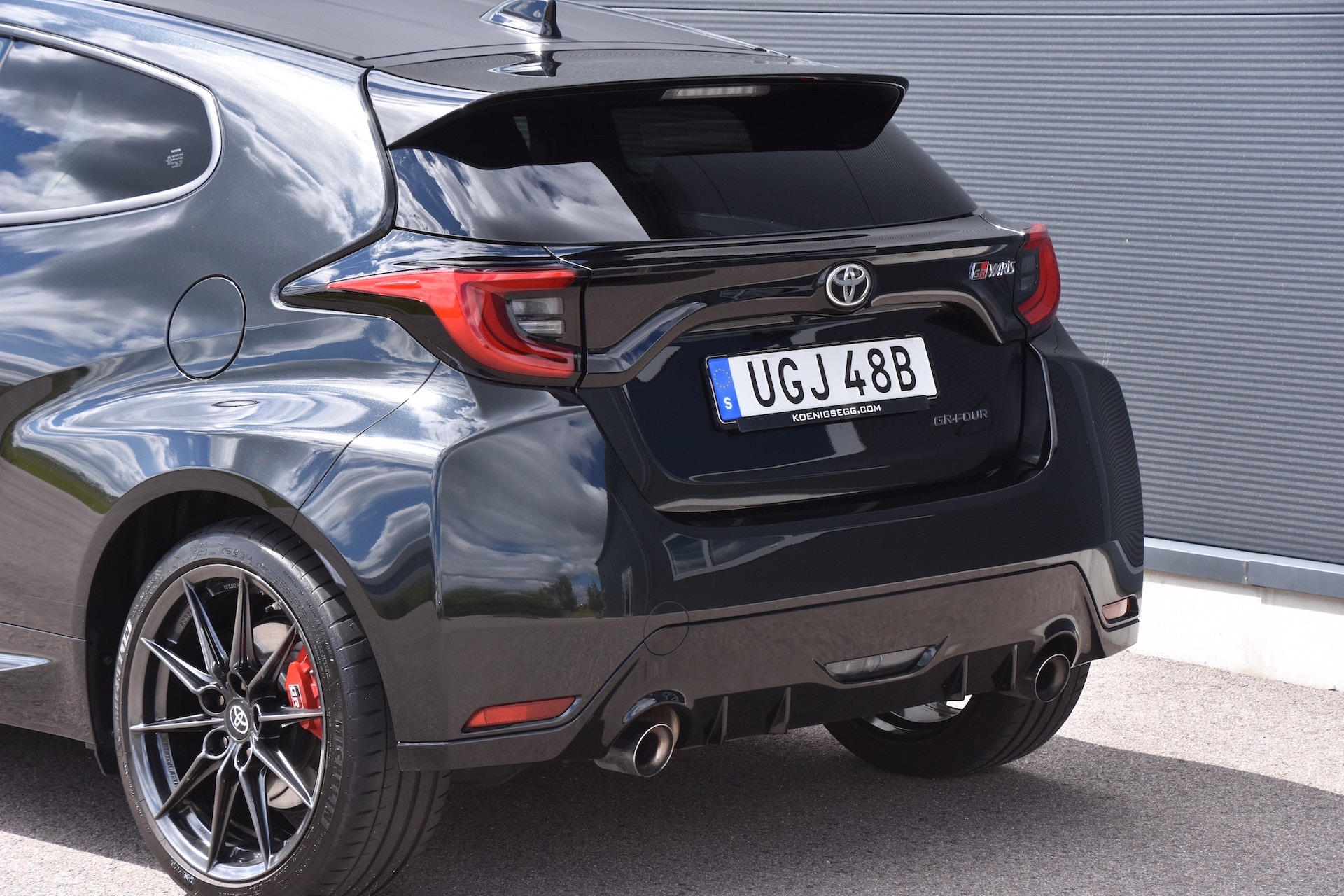 The listing says the Yaris is in great condition, but does ’fess up to some stone chipping around the front end, which unfortunately is fairly visible due to the black paint. You’d think von Koenigsegg would have had his production team install a clear film, but maybe he viewed it as a cheap hack for running about in so wasn’t worried.

We’re not sure how much the Koenigsegg connection will add to the price of this car, if it adds anything at all. But similar-mileage Circuit Pack-equipped examples of the GR Yaris without links to the supercar world change hands for around €40,000-45,000 ($42,000-47,000) and this car has already bid to €30,750 ($32,523) with five days to go. Would you pay a premium for this car based on its ownership history? Leave a comment and let us know.