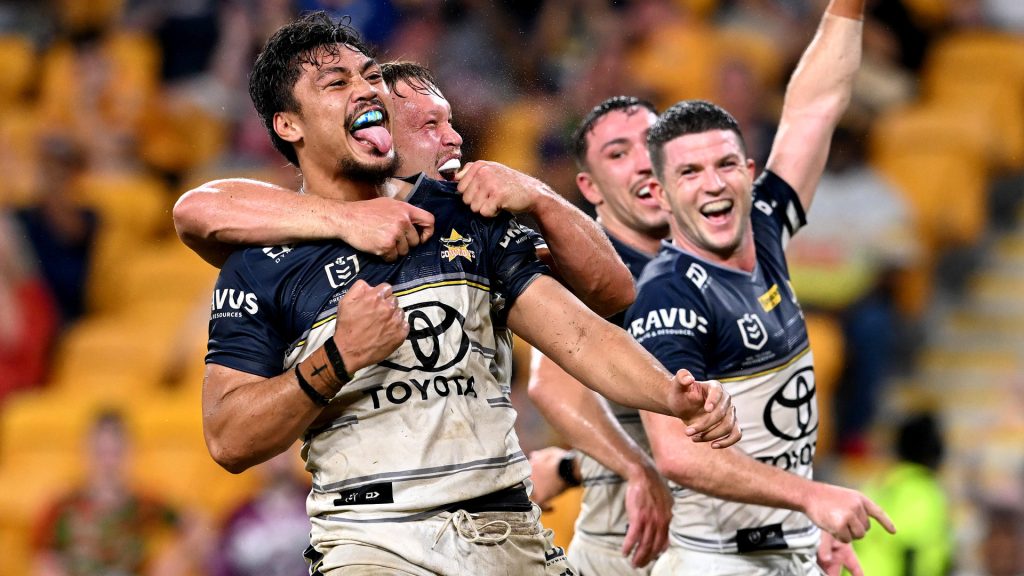 Queensland’s bench swung the tide in their State of Origin series victory despite never utilising arguably their biggest weapon.

After avoiding serious injury and acclimatising in Sydney, Jeremiah Nanai is jumping at the chance to contribute to a series win in Perth on Sunday.

The North Queensland teenager’s exploits as a high-flying, try-scoring backrower were one of the storylines leading into the series opener.

But while his air space may have been restricted, the debutant still played solidly after bravely returning to finish the game despite carrying an ankle injury.

Instead it was Harry Grant probing around the ruck and forward Pat Carrigan and Lindsay Collins producing barnstorming bench stints that proved the difference in a 16-10 win.

“They all had big jobs and they all did them well,” Nanai said of his fellow reserves.

“Now I’ve got that first game under my belt it feels great and I’m pretty comfortable.

“Fingers crossed Chez (halfback Daly Cherry-Evans) kicks it up there and I’ll be there mate, don’t worry, if they’re going to kick it up.”

Nanai will have another Cowboys teammate in Murray Taulagi with him in Perth, the winger replacing injured flyer Xavier Coates.

“He’s keen and excited and I’m looking forward to watching him run that ball and do some magic.”

The New Zealand-born talent grew up in Brisbane playing rugby before switching codes to join the Cowboys.

He led Brisbane State High School to the 2016 GPS title alongside current Wallabies back Jordan Petaia.

“He’s going rip-in, he steps up every level he gets to and that’s the exciting thing,” former BSHS coach Sione Fukofuka, who is now with the Wallaroos, told AAP.

“There’s lots of talented kids that you see in those emerging squads that are clearly gifted, they can play the game, have athleticism, speed and the rest of it.

“But to get to the level that he’s at now, that takes hard work and a whole lot of graft to get there.

“We saw a young man that had potential in year 11 and then by the time he finished he was the best fullback in the competition.”