Roger Federer: ‘When I put on my bandana before a match…’ 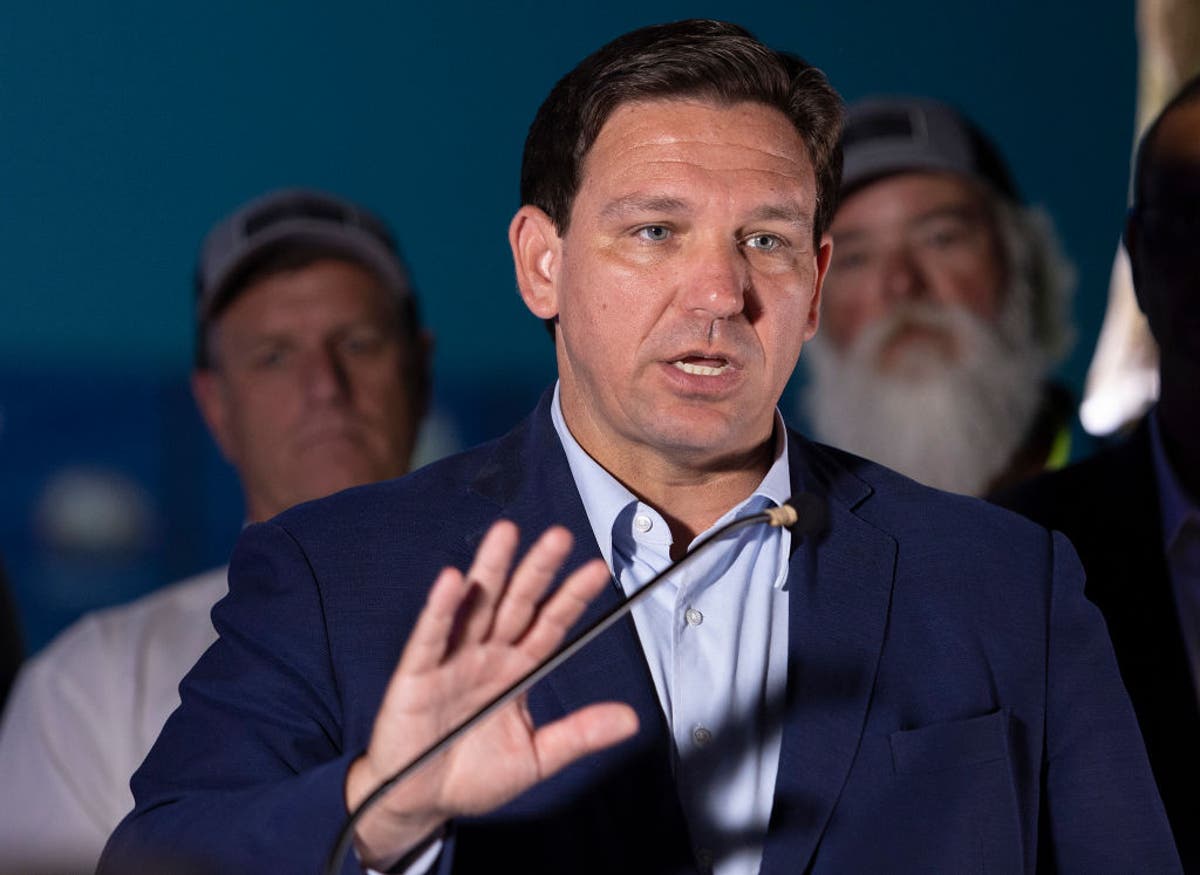 Florida’s Ron DeSantis would win the New Hampshire Republican primary were it held today, even if he faced Donald Trump, according to a poll released on Wednesday.

The survey from the University of New Hampshire indicated that Mr DeSantis would win the support of 39 per cent of GOP primary voters, compared to just 37 per cent who said they would support Mr Trump. Those were the only two names to even breach double digits in the poll.

Those results represent a surge in support for Mr DeSantis, who trailed the ex-president in a previous survey published by the university in October.

In that previous survey, Mr DeSantis trailed Mr Trump by a substantial margin, 18 per cent to the ex-president’s 43 per cent. The bulk of Mr DeSantis’s rise in support appears to have come from Mr Trump’s own supporters as well as from undecided voters.

Other Republicans like Mike Pence, Ted Cruz, Nikki Haley and Mike Pompeo have all hovered around the single digits and have seen their support go largely unchanged over the past eight months, with the exception of Mr Pence who has seen his own support more than double to now sit at 9 per cent. Several are seen as potential 2024 GOP primary contenders, but as of now they’ll be relegated to the table of afterthought candidates unless both Mr Trump and Mr DeSantis decide not to run.

The two men have been tight-lipped about their future plans; Mr DeSantis is running for re-election this year and has publicly remained focused on that race as he simultaneously oversees the passage of laws in Florida that have excited the GOP’s national voter base. Mr Trump continues to hold his campaign-style rallies and hint at a return to the White House but according to most media reports is keeping his plans private until the 2022 midterm elections conclude.

Mr DeSantis’s leader status in this poll is especially significant because just about every poll of GOP primary voters nationwide up until this point has indicated that Mr Trump is the heavy favourite to take the 2024 GOP nomination. Many have questioned if other Republicans will even bother to run if Mr Trump announces a bid, given his iron grip on much of the GOP’s base.

The divide between Mr Trump and Mr DeSantis is clearly being drawn, however, even if the two men remain allies publicly. A Politico report published on Wednesday cited four sources close to the Republican governor who stated that Mr DeSantis will spurn the road taken by many GOP candidates and will not ask Mr Trump for an endorsement.

A person close to Mr Trump, meanwhile, insisted to the news outlet that the ex-president would grant that endorsement were Mr DeSantis to ask for it.