After much anticipation, BMW has finally revealed the first-ever M3 Touring. Now, we have live photos to go along with the studio shots provided by the brand.

Captured by our spy photographers, these photos help us better understand what the M3 Touring will look like where it belongs, on the roads rather than in a studio. Seen in an attractive shade of green, we’re happy to report that the new M3 Touring continues to look pretty darned good in real-world conditions.

Although these photos don’t reveal anything that BMW‘s photos haven’t already shown us, they do help us better place the M3 Touring in the context of other cars, giving us better insight into its scaling. We also get a better idea of what those chunky haunches and quad tailpipes look like in real traffic. 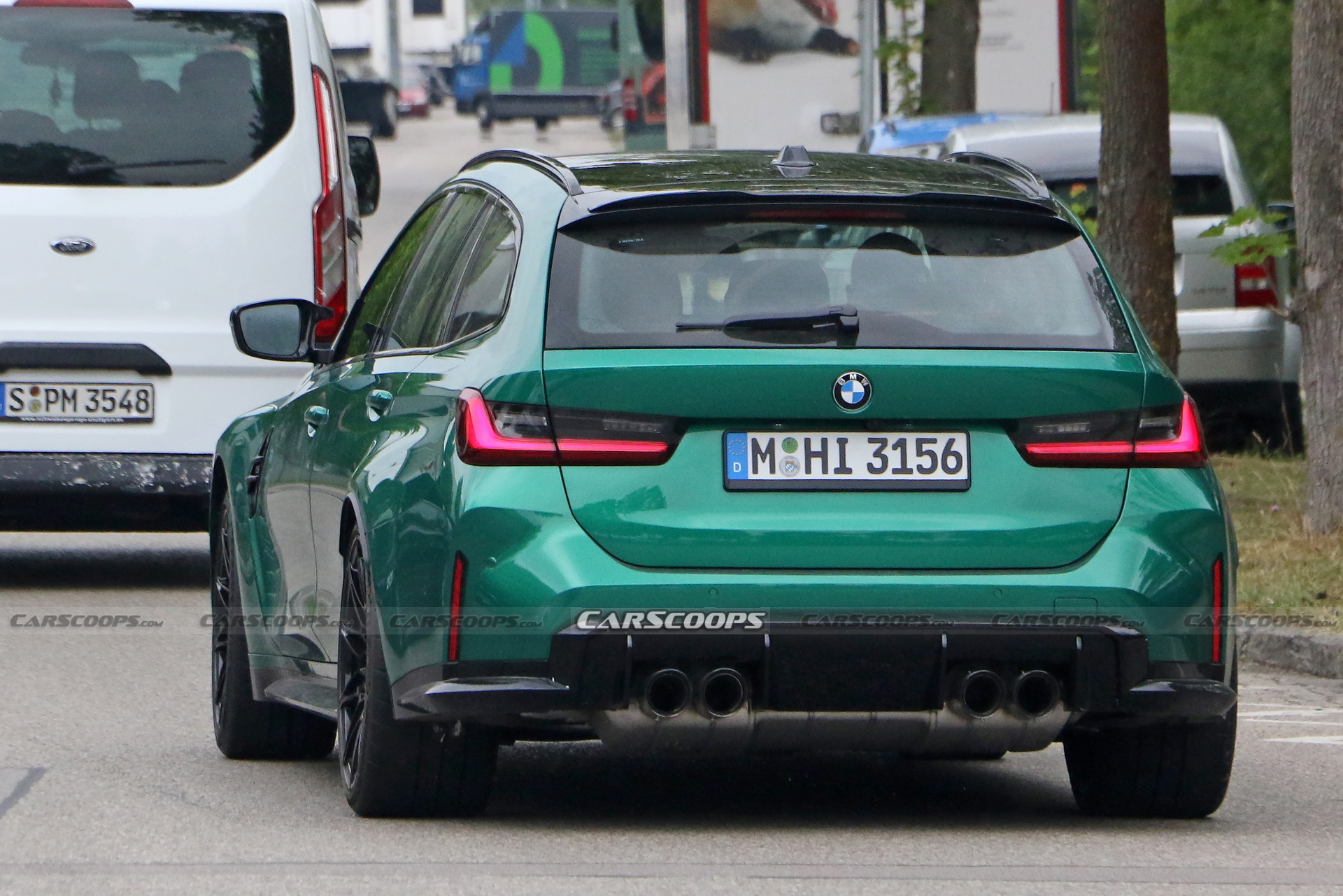 Stopping the car are optional carbon-ceramic disc brakes behind 19- or 20-inch forged alloy wheels, which are wrapped in performance tires. A sport-tuned suspension with an Active M differential helps the M3 Touring get through corners in a hurry, too.

All of those factors come together to create a pretty handy track car, despite its 53.3 cubic feet (1,510 liters) of luggage space. Not only did it set the Nurburgring lap record for wagons with a time of 7:35.060, it also beat the M5 Competition and the second-generation Acura NSX around the fearsome track.

Set to go into production in November, German customers will be able to start ordering their M3 Tourings in September. Although it will also be available in other European countries as well as in Australia, American wagon fans will sadly have to admire this new car from afar because it won’t be offered in the U.S.