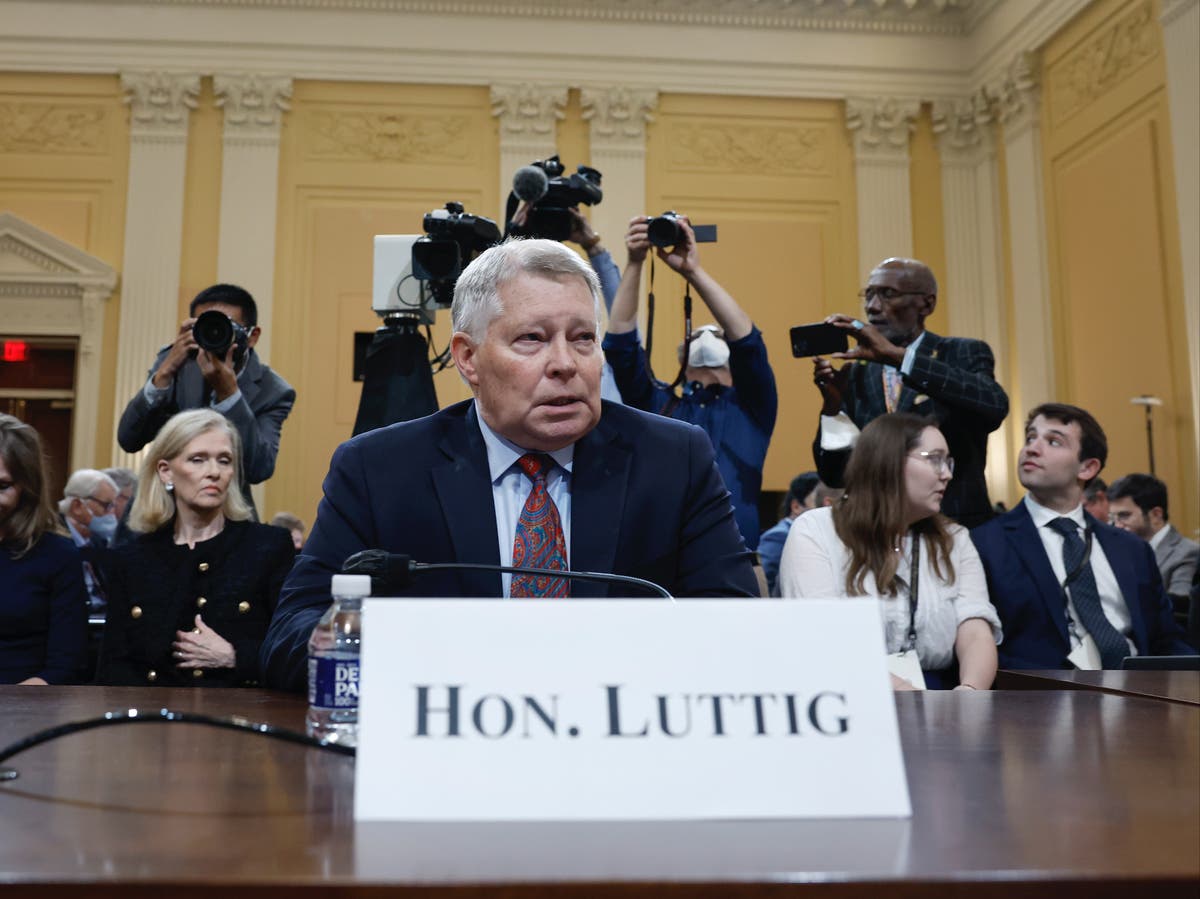 More Americans have heard about Elon Musk’s pledge to vote Republican than have heard about retired federal judge Michael Luttig’s takedown of Donald Trump during the January 6 hearings, a poll has found.

The poll, which was carried out following last week’s initial televised January 6 hearings, suggests some of the damning revelations aired by witnesses have not been noticed by the American public.

Only 38 per cent of voters polled by Morning Consult and Politico had heard about the powerful testimony given by Mr Luttig during last Thursday’s committee hearing, the polling companies said.

More than a third of voters, or 42 per cent, had heard about the SpaceX founder’s latest comments about voting Republican at upcoming elections, however.

Mr Luttig warned during his appearance at the January 6 hearing last week  that declaring “Trump as the next president would have plunged America into what I believe would have been tantamount to a revolution within a constitutional crisis in America.”

He also described a plan by Trump lawyer John Eastman to appoint alternative pro-Trump state electors as “incorrect at every turn” and that he advised former vice president Mike Pence to reject Mr Trump’s calls to follow Mr Eastman’s plan.

“It is breathtaking that these arguments even were conceived, let alone entertained by the President of the United States at that perilous moment in history,” Mr Luttig said in his statement to the committee.

Mr Trump and his allies in the Republican party were also called “a clear and present danger to American democracy” by the retired judge, who warned of attempts to overturn the 2024 presidential election if it does not fall their way.

Still, the Morning Consult-Politico poll found that 62 per cent of American voters had heard “not much” or “nothing at all” about Mr Luttig’s testimony, compared to 58 per cent for Mr Musk’s pledge to vote Republican.

The Tesla boss recently revealed that he would vote for Trump-ally and Florida governor Ron DeSantis if he holds the Republican nomination in 2014 – presumably in the case that the former president does not run.