Small minivans based on commercial vans have long been popular in Europe, but it looks like Renault is about to make its offering, the Kangoo Combispace, usefully bigger.

The Kangoo, which is twinned with the Mercedes Citan, launched in 2021 and is currently available in short-wheelbase form as either a conventional van without windows or a five-seat MPV. A long wheelbase panel van has been confirmed for this year, but as these spy shots show, Renault is also turning that stretched Kangoo commercial into a practical seven-seat minivan.

Like the five-seat version already on sale, this new Kangoo features conventional front doors and rear sliding doors. But a wheelbase stretch allows Renault’s engineers to slot a third row of seats into the cargo area. The five-seat van already offers up to 12.4 cu-ft (3,500 liters) of load space, so its big brother is going to be cavernous once those two rear rows of seats have been folded or removed.

Powertrains are likely to broadly mirror those in the five-seat Kangoo, which means a choice of 1.3-liter, four-cylinder turbocharged petrol or a 1.5-liter diesel engines. Five-seater buyers get to pick from 99 hp (100 PS) and 128 hp (130 PS) versions of the gas motor, and three tunes of diesel, ranging from 74 hp (75 PS) to 113 hp (115 PS), but it’s possible that Renault will limit availability to the punchier options to offset the longer Kangoo’s additional curb weight. 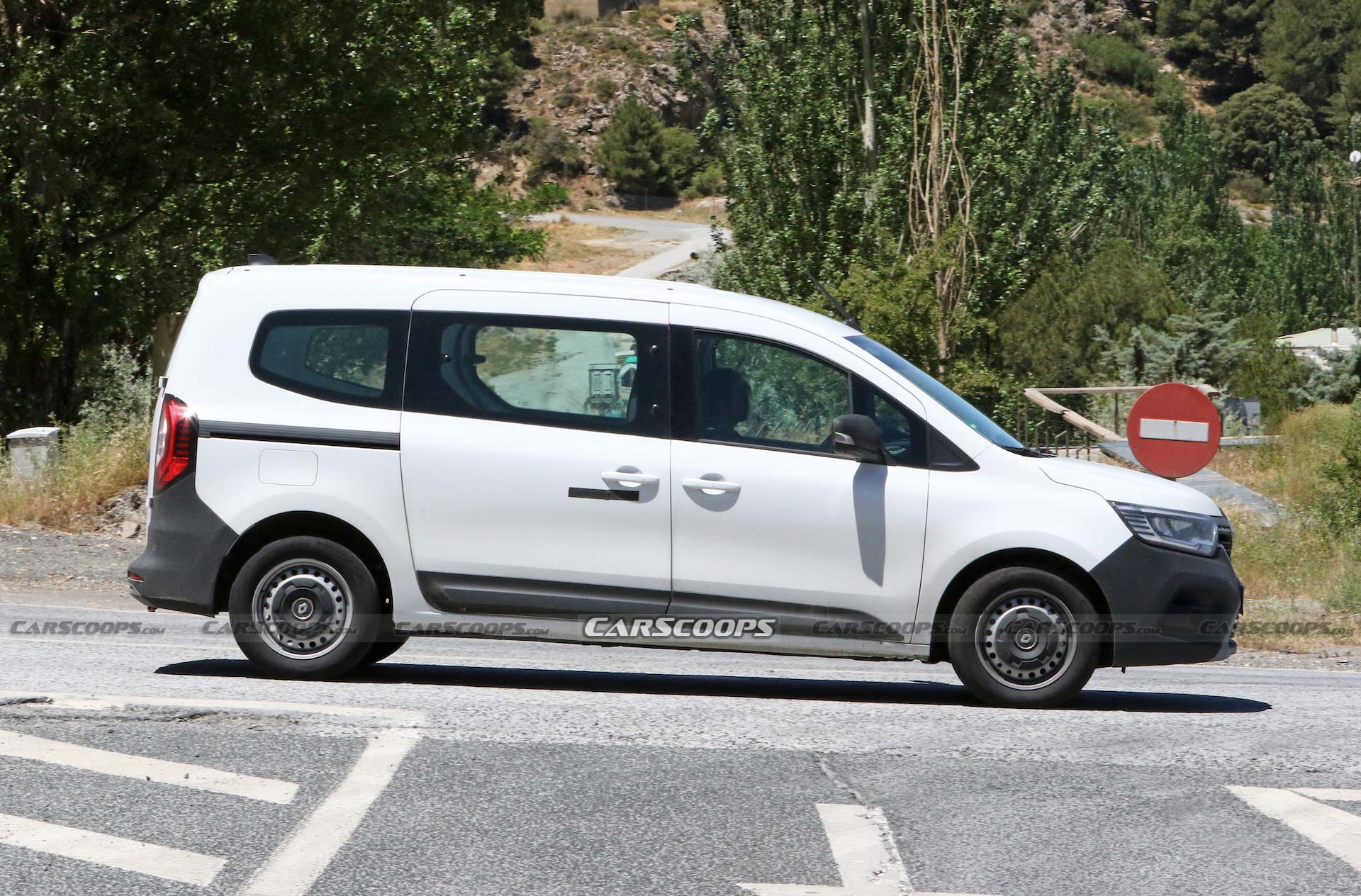 Renault is also likely to add an EV option into that mix before long. More than 70,000 electric Kangoo panel vans have been sold since 2011 and the third generation version, dubbed E-Tech Electric, hits European markets this year. The zero-emissions, zero-side-windows Kangoo produces 121 hp (122 PS) and 245 Nm (180.7 lb-ft) of torque, and is paired with a 45 kWh battery that offers a range of 300 km (186 miles) according to the WLTP cycle. And that same powertrain will almost certainly be offered in its seven-seat passenger-focused alter ego.

See also  What’s The Most Luxurious American Production Car Ever?